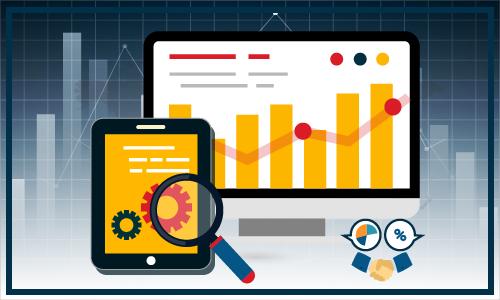 The favorable government regulations have also played a crucial role in the global commercialization of LED lamp market. The stringent norms by the government bodies banning the usage of inefficient lighting systems are providing a major push to the adoption of LED lamps. Both the residential and the commercial sectors are increasingly deploying these lighting solutions as a move toward sustainability. In addition to addressing the optimal energy usage demand, these lamps are also highly durable and cost-effective which is further fueling its demand worldwide. Reportedly, these light lamps have a life span of 30,000 to 40,000 hours and can last up to four times longer than fluorescent lamps.The emerging economies such as India and China are becoming popular platforms for the LED lamp market expansion. The rapid economic development, urban projects, and favorable government policies are the factors influencing the investments of the industry players in these regions. For instance, the Government of India, under the UJALA scheme, provides these lamps at lower prices, making it quite a viable option for the lower-income groups as well. Lighting Africa Program by the World Bank which enables sustainable lighting solutions access to 250 million people across sub-Saharan Africa, also provided a phenomenal impetus to LED lamp industry.Get sample copy of this research report @ https://www.decresearch.com/request-sample/detail/1565 The growing trend of automation and the 'smart city' and 'smart home' initiatives have further added to the growth of LED lamp industry. In this regard, the developed economies have contributed toward a major chunk of the overall market revenue. U.S. and Canada have been lucrative avenues for the LED lamp market growth over the recent years and are anticipated to display an upward path in the coming years as well. U.S. LED lamp market is also projected to gain a significant traction via the horticulture lighting recognized as one of the major niche applications in this region. Marijuana trade, which is proliferating on account of its medicinal value, is being addressed as a significant investment spot for the LED lamp industry participants. Europe is also one of the prominent regions partaking in the LED lamp industry share. The energy standards set by the European Commission has propelled the adoption of LED lamps across residential, industrial, and public areas. As per the estimates, Europe accounted for 25% of the overall LED lamp market size in 2016 and is forecast to witness phenomenal gains over the years ahead. Apart from the favorable government norms, the technological advancements in this region such as Smart Homes and Smart City initiatives are also driving the Europe LED lamp industry size.Lightech- the company which manufactures electronic drivers was acquired by General Electric Corporation in July 2011. Later in November 2012, GE also acquired a company involved in manufacturing fixtures - Albeo Technologies.As the competition in the LED lamp market has increased, many of the LED chip and components manufacturers are moving down the value chain to grab incremental value in luminaries and energy-efficient lighting solutions. Two notable examples are the Osram's acquisition of Siteco and Cree's acquisition of Beta-Ruud Lighting.Make an Inquiry for purchasing this Report @ https://www.decresearch.com/inquiry-before-buying/1565 Osram acquired its fellow lighting manufacturer Siteco in the year 2011. This acquisition allowed Osram to expand its market for luminaires and energy-efficient lighting systems, which opened up further growth potential for the LED lamp market to spur.In the same financial year of 2011, the LED lamp industry also witness a similar acquisition of Cree purchasing Beta-Rudd Lighting, Inc. to accelerate the LED lighting revolution and expanding its market of LED systems.Philips lighting division announced the launch of IPO float that would raise over USD 700 million in a bid to expand its global presence and penetrate its products in the soaring global LED lamp market. In addition, an Australian LED lighting company- LEDified sharply penetrated their eco-friendly and low price based sales model into the local market to inflate their industry share.Contact Us DecResearch.com Website: - https://www.decresearch.com/ Email: info@decresearch.comAbout Us DecResearch.com, powered by GMI, is an online aggregator of information on market research reports. The website provides comprehensive information as well as a detailed 'Table of Contents' for reports being regularly published by GMI. Via this platform, users not only get to answers to their questions about these reports, they also have an additional avenue to talk to the sales and research teams of GMI to learn more about the topics of their interest.

06-01-2021 | Business, Economy, Finances, B …
global market insights
Acoustic Diaphragm Market slated to observe traction for polypropylene material …
With a seismic rise in the demand for consumer products such a loudspeakers, mobile phones and earphones, acoustic diaphragm market size is slated to surge in the next five years. Notably, acoustic diaphragm tends to inter-convert mechanical vibration to sounds and has become highly popular in headphones and speakers. Market penetration of materials such as paper, polycarbonate, polypropylene, carbon fiber and aluminum has become more pronounced in the past several
06-01-2021 | Business, Economy, Finances, B …
global market insights
How will increasing demand for stainless steel transform the Ferroalloys Market …
One of the recent breakthroughs in the global ferroalloys market is the potential acquisition of Ferro Alloys Corporation by Vedanta- a natural resource company early this year. As per reliable sources, the acquisition is expected to complement Vedanta’s current steel business considering the fact that integration of Ferro manufacturing capabilities would offer the possibility to generate significant efficiencies. Meanwhile, yet other company, Boston Metal has declared having raised over USD 20
05-31-2021 | Business, Economy, Finances, B …
global market insights
Polyphenylsulfone Market 2021 | Regional Insights & Growth Forecast To 2025
The polyphenylsulfone market will witness significant expansion with the rise in healthcare concerns and the growing requirement for biocompatible products. Polyphenylsulfone is a high-performance thermoplastic that is amorphous, heat-resistant, and transparent. It showcases high sterilization properties and is widely employed as an alternative for polyetheretheketone and polyaryletherketone. Furthermore, the polymer sees large adoption across various verticals of the healthcare sector to offer superior dimensional stability and higher resistance against
05-31-2021 | Business, Economy, Finances, B …
global market insights
Cosmetic Contact Lens Market 2021: Industry Growth, Competitive Analysis, Future …
Increasing trend of using colored contact lenses may have a positive impact on cosmetic contact lens market outlook. Rising popularity of customized lenses with attractive colors, shades and textures for improving eye appearance is likely to propel industry size. Proliferation of entertainment, online and social media platforms are helping boost the adoption of such lenses. Cosmetic contact lenses are available in several colors such as blue, green, brown, hazel, grey, violet