One Concierge Tees Off For Upcoming 2011 Charles Schwab Championship


Press release from: One Concierge 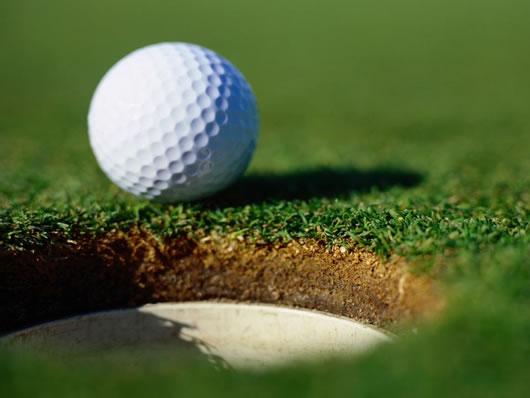 As golf enthusiasts around the world prepare for the upcoming Charles Schwab Cup, One Concierge (oneconcierge.com), a global concierge & lifestyle management brand, today announced VIP concierge support and access for the 2011 Charles Schwab Cup in San Francisco, California. The Charles Schwab Cup Championship, formerly the Senior Tour Championship is the final event of the golf season on the U.S.-based Champions Tour, the world's leading golf tour for male professionals aged 50 and above. Played annually in late October or early November, it is the Champions Tour's equivalent of the PGA Tour's Tour Championship. This year, the 2011 Charles Schwab Cup will be held in TPC Harding Park and promises to bring in hundreds of golf enthusiasts from around the world. In keeping with the unique nature of the Champions Tour, One Concierge has collaborated with a number of brand partners to provide a host of concierge and lifestyle management services for clients attending this year's event. From VIP seating, ground transportation and dinner reservations, to luxury resort accommodations and private jet charters to and from the tournament, One Concierge is delivering a range of luxury options for those attending the event. “Golf enthusiasts from around the world make it out to watch some of the greatest names in the sport play at the Charles Schwab Cup,” stated Alex Palmer, VP Marketing, One Concierge. “We're urging clients to not only attend The Charles Schwab Cup, but also visit and spend time in the beautiful city of San Francisco.” One Concierge is a global provider of concierge and lifestyle management services in over 115 countries around the globe. One Concierge P.O Box 33414 West Palm Beach, FL, 3341 www.oneconcierge.com PRESS CONTACT: Alex Palmer alex@oneconcierge.com +1-800-628-9701

More Releases from One Concierge

12-27-2013 | Energy & Environment
One Concierge
One Concierge is globally recognized brand in the concierge and lifestyle manage …
One Concierge is globally recognized brand in the concierge and lifestyle management industry Thousands of times each day, a client connects with a One Concierge specialist. Each interaction, each request and each connection is unique and we strive to develop that relationship at every stage of our business. One Concierge has quickly grown to become a globally recognized brand in the concierge and lifestyle management industry serving clients in over 115
09-18-2012 | Fashion, Lifestyle, Trends
One Concierge
ONE CONCIERGE & THE LAVISH STORE TO PROVIDE VIP ACCESS TO RED-CARPET EVENTS/EXPE …
One Concierge (oneconcierge.com), a luxury lifestyle and enabling service, announced today that they have recently signed a Joint Venture Agreement with The Lavish Store (www.thelavishstore.com) as a partner specializing in providing high-end concierge services, unique experiences, luxury automobile rentals, helicopter charters, and more. Shortly, The Lavish Store will be introducing The Lavish Experience, in which One Concierge will act as the service fulfillment and VIP Event Access facilitator for all
07-03-2012 | Business, Economy, Finances, B …
One Concierge
One Concierge Offers Additional Ground Transport Support in Dallas, TX
As the city of Dallas continues to grow in one of the largest destinations for both personal and corporate travelers, One Concierge aims to ensure that each and every one of its clients have options to choose from. Today, One Concierge(http://www.oneconcierge.com), a luxury lifestyle and concierge provider, is proud to provide additional coverage options to clients through an agreement with Sharon Limousine (www.sharonlimousineservices.com). As a luxury concierge provider, One Concierge
06-11-2012 | Leisure, Entertainment, Miscel …
One Concierge
One Concierge Unveils New Private Membership Options
After almost a year of secrecy, One Concierge, a global concierge & lifestyle brand, is once again, opening its doors to new members. In 2011, One Concierge made headlines when it announced that it would no longer be taking new applications for membership to its global private membership programs. “We have always received a lot of interest in our private membership programs,” stated Dustyn Shroff, COO, One Concierge, “We initially