Alexis Martinez Johnson Fights for the Rights of the Unborn on Rock of Talk - March 11, 2020 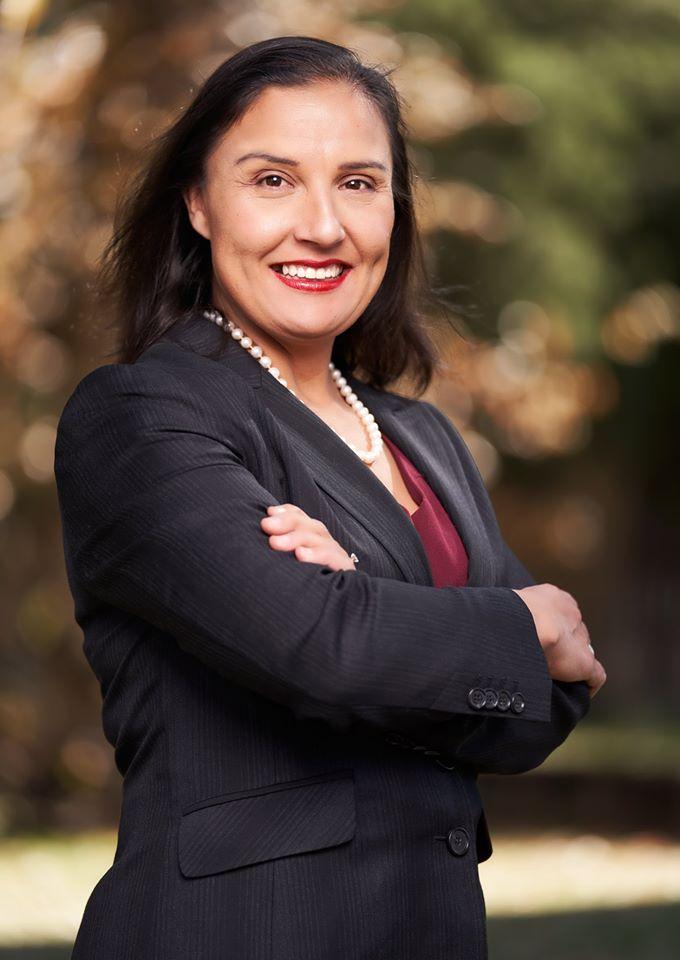 March 11, 2020 - Alexis Martinez Johnson called "Rock of Talk" radio show hosted by Eddy Aragon [93.7 FM / 1600 AM], and fought for the rights of the unborn, contrasting her own beliefs of life beginning with conception, and demonstrated her strengths in seeking the Republican Nomination for US House of Representatives, NM CD-3:"To me, Pro-Life means no abortion is ever allowed, from conception. This is my personal stance and belief and will always be my personal belief.Today I called into Eddy Aragon's "Rock of Talk" on KIVA in Albuquerque, New Mexico. The original purpose for my call, as you can clearly hear on the audio, was to thank him for providing a voice of conservatives in New Mexico, and to comment on the recent oil & gas price volatility, as that is my professional expertise previous to running for US House of Representatives NM CD-3. Almost immediately, it became clear that Eddy was not supportive of my campaign for Republican Nomination of CD-3, and almost immediately became agitated and flustered. I am continuing my campaign for Republican Nomination in NM CD-3 because I believe that life begins at conception, and we, as Republicans, must stick to our values."Alexis JohnsonAlexis Johnson For Congress: "A Return to Traditional, New Mexican Family Values."Alexis Johnson for Congress 120 S. Federal Pl. Ste. 101 PO Box 9401 Santa Fe, NM 87504 Alexis@AlexisJohnsonNM.com www.AlexisJohnsonNM.com www.facebook.com/AlexisJohnsonNM www.twitter.com/AlexisJohnsonNMAlexis Johnson is a fiscally and socially conservative engineer, rancher and mother who is pro-life and a strong believer in the US Constitution. Born and Raised in Southeastern New Mexico, Alexis is now raising a family of her own with her husband Chris in Santa Fe, and she understands the challenges faced every day by New Mexican families.

You can edit or delete your press release Alexis Martinez Johnson Fights for the Rights of the Unborn on Rock of Talk - March 11, 2020 here

03-04-2019 | Business, Economy, Finances, B …
TMR Research
Catheters Market - Evolution Landscape 2025 | Medtronics, Inc., Johnson & Johnso …
Global Catheters Market: Snapshot Catheters are medical tubes that are inserted in the body cavities, vessels, or ducts to remove fluids, perform a surgery, or treat diseases. Whereas, catheters are mostly used for removing fluids by inserting in body cavities, particularly the bladder. These flexible tubes play a very significant role for aged people and patients with medical conditions that impairs the ability to urinate. Connected to the drainage bags, these
02-13-2019 | Business, Economy, Finances, B …
eonmarketresearch
Global Erythropoietin Market 2019 - Amgen, Johnson & Johnson, Roche
This new report by Eon Market Research, titled “Global Erythropoietin Market 2019 Research Report, 2015 – 2025” offers a comprehensive analysis of Erythropoietin industry at a global as well as regional and country level. Key facts analyzed in this report include the Erythropoietin market size by players, regions, product types and end industries, history data 2014-2018 and forecast data 2019-2025. This report primarily focuses on the study of the competitive
06-12-2018 | Business, Economy, Finances, B …
business news
Global Steroid-Corticosteroids Market 2018 - GlaxoSmithKline, Pfizer, Johnson an …
Apex Market Reports, recently published a detailed market research study focused on the “Steroid-Corticosteroids Market” across the global, regional and country level. The report provides 360° analysis of “Steroid-Corticosteroids Market” from view of manufacturers, regions, product types and end industries. The research report analyses and provides the historical data along with current performance of the global PP Pipe industry, and estimates the future trend of Steroid-Corticosteroids on the basis of
02-21-2018 | Business, Economy, Finances, B …
business news
Global Precision Medicine Market 2018 - Johnson & Johnson, IBM, GE Healthcare
The statistical surveying information incorporated into the Precision Medicine report is the aftereffect of significant essential and optional research exercises. The report fragments the worldwide market for Precision Medicine based on makers, item compose, applications, and Region. In this report, each fragment is contemplated completely and measurements are introduced in detail. The report offers an exact outline of the worldwide Precision Medicine advertise covering key factors, for example, drivers and
02-19-2018 | Health & Medicine
QYresearchreports
United States Triamcinolone Market Report 2016 : Sanofi, Pfizer, Johnson & Johns …
Qyresearchreports include new market research report "United States Triamcinolone Market Report 2016" to its huge collection of research reports. The research study detailed in the report on the United States Triamcinolone market presents an extensive databank of information that covers all aspects related to the market. Some of these aspects are directly related to the market’s functions. Considering the economic and legal governing factors, the Triamcinolone market is described on the
01-11-2018 | Advertising, Media Consulting, …
QY Markets Research
Global Sunscreen Market 2018-2023 L’Oreal, Kose, Johnson & Johnson
Sunscreen Market Research 2018 A market study "Global Sunscreen Market" examines the performance of the Sunscreen market 2018. It encloses an in-depth Research of the Sunscreen market state and the competitive landscape globally. This report analyzes the potential of Sunscreen market in the present and the future prospects from various angles in detail. The Global Sunscreen Market 2018 report includes Sunscreen market Revenue, market Share, Sunscreen industry volume, market Trends, Sunscreen Growth
Comments about openPR
We publish our press releases on openPR.de because we like people who are "open" - just like us.
Frank Obels, CEO, INCONET - Informationssysteme, Communication und Netzwerkberatung GmbH