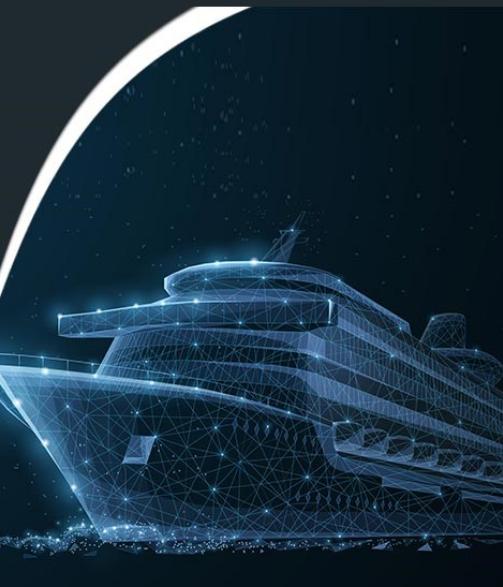 Autonomous Ship Market 2020-2030: By ship type, the commercial ship type segment dominated the market, in terms of revenue. In addition, based on level of autonomy, the fully autonomous segment is expected to lead throughout the forecast period. At present, Asia-Pacific is the highest revenue contributor, and Europe is expected to lead in the near future, followed by North America, and LAMEA. Allied Market Research published a report, titled, "Autonomous Ships Market by Level of Autonomy (Semi-autonomous and Fully-autonomous), Ship Type (Commercial, Passenger, and Defense), and Fuel Type (Carbon Neutral Fuels, LNG, Electric, and Heavy Fuel Oil/Marine Engine Fuel): Global Opportunity Analysis and Industry Forecast, 2020-2030." As per the report, the global autonomous ships industry garnered $88.01 billion in 2020, and is estimated to reach $134.90 billion by 2030, growing at a CAGR of 4.4% from 2020 to 2030.Download Sample Report (304 Pages PDF) : https://www.alliedmarketresearch.com/request-sample/5428The key players analyzed in autonomous ships market report include ABB, ASV Global, Honeywell International, Kongsberg Gruppen, Marine Technologies LLC, Mitsui O.S.K. Lines, Northrop Grumman, Rolls-Royce, Ulstein Group ASA, and Wartsila. Surge in demand for cargo transportation through marines and rise in operational safety of ships drive the growth in the global autonomous ships market. However, network complexity and risks related to exploitation through hacking hinder the market growth. On the other hand, trend of automation in marine transportation and rise in marine safety norms create new opportunities in the industry.The commercial segment to contribute the highest share during the forecast periodBased on ship type, the commercial segment will account for the major share in the global autonomous ships market in 2020, contributing more than three-fourths of the total share, and is expected to contribute the highest share during the forecast period. This is due to surge in number of ships and implementation of secure way of transportation of goods along with continuous upgradations & development. Contrarily, the passenger segment is expected to register the highest CAGR of 6.9% from 2020 to 2030. This is attributed to increase in the adoption of technology along with demand of automation in transport sector. The research also analyzes the defense segment.For Purchase Inquiry of this Report: https://www.alliedmarketresearch.com/purchase-enquiry/5428Key Findings of the Autonomous Ships Market : o In 2020, based on ship type, the commercial ship type segment generated the highest revenue. o In 2020, by level of autonomy type, the semi-autonomous vessels was the highest revenue contributor. o In 2020, by fuel type, heavy fuel oil/marine engine fuel segment was the highest revenue contributor. o In 2020, region wise, Asia-Pacific contributed the highest revenue, followed by Europe, North America, and LAMEA.The heavy fuel oil/marine engine fuel segment to maintain its dominant position by 2030Based on fuel type, the heavy fuel oil/marine engine fuel segment will hold for the highest market share in terms of revenue in 2020, contributing for nearly three-fourths of the total share, and is projected to maintain its dominant position throughout the forecast period. This is due to its characteristics such as high density and high viscosity and implementation of high alkaline cylinder lubrication for neutralizing the acid generated by high sulphur content in HFOs. On the other hand, the electric batteries segment would register the fastest growth rate, with a CAGR of 10.0% from 2020 to 2030. The report on the global autonomous ships market also discusses LNG and carbon neutral fuels.Europe to grow fastest, followed by North AmericaEurope is estimated to grow at the highest CAGR of 4.9% from 2020 to 2030, owing to adoption of autonomous technology in marine transport along with implementation of new technologies in the region. North American region would register the second-highest growth rate in the global autonomous ships market, with a CAGR of 4.4% during the forecast period. Based on region, Asia-Pacific will contribute nearly half of the total share in 2020, and is estimated to maintain the highest revenue contribution during the forecast period. This is due to increase in sale & production of ships and continuous adoption of trending technologies along with rapid adoption of automation.Browse Report Overview & TOC @ https://www.alliedmarketresearch.com/autonomous-ships-marketAutonomous ships market players grabbing the largest pie ? ABB Ltd. ? Honeywell International ? L3 ASV ? Marine Technologies LLC ? Kongsberg Gruppen ? Northrop Grumman ? Mitsui O.S.K. Lines ? Ulstein Group ASA ? Rolls-Royce ? WartsilaSimilar Reports We Have: Autonomous Last Mile Delivery Market is Expected to Reach $75.65 Billion by 2030 | https://www.alliedmarketresearch.com/autonomous-last-mile-delivery-marketAutonomous Train Technology Market Expected to Reach $15,568.6 Million by 2026 | https://www.alliedmarketresearch.com/autonomous-train-technology-marketAutonomous Tractors Market Expected to Reach $4,389.8 Million by 2025 | https://www.alliedmarketresearch.com/autonomous-tractors-marketAutonomous Vehicle Market Expected to Reach $54.23 Billion,by 2026 | https://www.alliedmarketresearch.com/autonomous-vehicle-marketContact us: David Correa 5933 NE Win Sivers Drive #205, Portland, OR 97220 United States Toll Free (USA/Canada): +1-800-792-5285, +1-503-894-6022, +1-503-446-1141 UK: +44-845-528-1300 Hong Kong: +852-301-84916 India (Pune): +91-20-66346060 Fax: +1-855-550-5975 help@alliedmarketresearch.com Web: www.alliedmarketresearch.com Follow us on: https://www.linkedin.com/company/allied-market-researchAllied Market Research (AMR) is a full-service market research and business-consulting wing of Allied Analytics LLP based in Portland, Oregon. Allied Market Research provides global enterprises as well as medium and small businesses with unmatched quality of "Market Research Reports" and "Business Intelligence Solutions." AMR has a targeted view to provide business insights and consulting to assist its clients to make strategic business decisions and achieve sustainable growth in their respective market domain.

10-30-2020 | Business, Economy, Finances, B …
Allied Market Research
Flavored Whiskey Market 2020: Trends, Demand, Scope and Forecast to 2027
Flavored whiskey is an enhanced liquor for more youthful and female buyer base who has an inclination for smoother and unique complement in their beverage. With other soul offering, for example, beer, vodka, and rum, whiskey makers have likewise entered into flavored whiskey market by extending their product portfolio with flavored contributions. It is generally accepted because of its capacity to eliminate "off tastes" from the final product. Companies covered Diageo plc,
10-30-2020 | Business, Economy, Finances, B …
Allied Market Research
Dehydrated Food Market Current and Future Trends, Insight Growth and Forecast by …
Dehydrated food is the dried form of food by the process of dehydration. Dehydration enables the product to be preserved for a longer duration and this is the major factor that drives the global market for dehydrated food products. Advancement in technology has allowed the season fruits and vegetables to be consumed at any point in a year by dehydration and preserving for long time. Companies covered Nestle, Unilever, Mercer Foods, Kerry,
10-30-2020 | Business, Economy, Finances, B …
Allied Market Research
India Olive Oil Market Current and Future Demand by 2025 | Colavita S.p.A, Deole …
India Olive Oil Market by Type and Application: Opportunity Analysis and Industry Forecast, 2018 - 2025. The India olive oil market was worth $ 58.6 million in 2017 and is estimated to be growing at a CAGR of 9.9%, to reach $127.5 million by 2025. Olive oil is a liquid fat that is obtained from olives, a crop typically grown in the Mediterranean Basin. The oil is prepared by pressing whole
10-30-2020 | Business, Economy, Finances, B …
Allied Market Research
Food Preservatives Market Opportunities and Analysis to 2023 with Top Players Li …
Food Preservatives Market by Type, Function, and Application: Global Opportunity Analysis and Industry Forecast, 2017-2023. The food preservatives market was valued at $2,271 million in 2016, and is projected to reach $2,714 million by 2023, growing at a CAGR of 2.6% from 2017 to 2023. Asia-Pacific is one of the prominent consumers of food preservatives, accounting for nearly one-third of the total market in 2016. Download PDF Sample Report @ https://www.alliedmarketresearch.com/request-sample/2277 Preservatives are