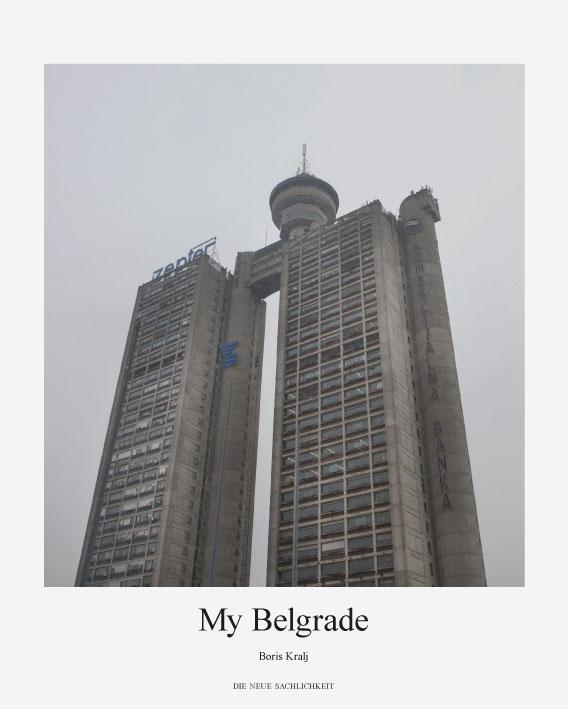 Just pictures and an intimate feeling remain in our mind, if we think about something which is gone forever. Boris Kralj's exhibition and photo book ‘My Belgrade’ tell the story about a country which does not exist anymore. Belgrade, a synonym for the last place which witnesses the artist's personal point of view on this very fragile theme Yugoslavia. On Kralj's numerous travels to the post Yugoslav countries, he discovered the little known city on the Balkan, which never had a heyday. It never came to suspicion to be a Paris of the East like other Eastern European cities, and was hardly mentioned, when it came to list the most beautiful places in Europe. It has been destroyed many times and forgotten by the rest of the world. Over the last two decades, it has become a synonym for a place of antipathy and violence. However, this mystical and vivid city is the last evidence of Yugoslavia with its unmistakable signs, symbols and faces. For the last seven years Boris Kralj captured the bruised and melancholic spirit of Belgrade with his camera. It is strongly evident in the inimitable letterings on the decayed buildings and reflected in the faces of its people. Being tired of war, isolation and politics, Belgradians have kept a sense of nostalgia and above all awareness of their own origin in their hearts. Boris Kralj’s pictures are full of intensity and wistfulness, transporting the viewer to a place which is unknown to him and where the past, changeovers and new beginnings were always nearby; they are contemporary historical documents of a magical place. Boris Kralj was born in Göppingen, Germany, in 1976 to parents from the former Yugoslavia. He graduated in photography at Lette Verein in Berlin and focused on fashion and documentary photography. While working in the fashion business as a photographer and model scout for years, his family’s origins and the impact of the wars in the Balkans had a remarkable influence on his work and interests. While he has a great affection for styled fashion shootings and portraiture, his documentary work is both raw and authentic. Boris’s clients include fashion brands and magazines as well as actors and artists. In 2011 he founded a society where he regularly shows movies from former Yugoslav countries. His photobook “My Belgrade” is the culmination of a project that has developed over many years and will be accompanied with the upcoming exhibition in September. Boris Kralj lives and works in Berlin. Boris Kralj: My Belgrade -- Exhibition and Book Release October 1, 2011 bis October 21, 2011 Galerie Most, Probststrasse 1, Berlin My Belgrade. Foreword by Joerg Koch (032c) and Interview by Kevin Braddocjk (Esquire). 25 x 20cm, 172 pp, 121 colored illus., hardcover w/ dust jacket. ISBN 978-3-942139-12-0 Since October 2009, it has been the goal of DIE NEUE SACHLICHKEIT to publish high-quality and individual publications on the visual arts and sophisticated theory and critics. We are specializing in particular in young art, which has to be discovered, and accompany outstanding artists on their way to an international career. Our thematically structured series offers an appropriate platform for this aim. We accompany our protagonists from the very beginning and do not abandon them when their book is published for we are pairing passion with know-how. DIE NEUE SACHLICHKEIT This is where it's art! Herr Christopher Schroer Bahnhofstraße 25 51789 Lindlar Phone +49 (22 66) 4 78 95 0 Fax +49 (22 66) 4 78 95 25 info@neue-sachlichkeit.com www.neue-sachlichkeit.com

You can edit or delete your press release Boris Kralj: My Belgrade – Exhibition and Book Release here

News-ID: 191585 • Views: 2289
Comments about openPR
OpenPR is clearly structured and remains true to its principle of confining itself to the essential parts. OpenPR has proven to be a very good and reliable partner to our media agency: Within the shortest time the releases are online and go down well with the media representatives. The success of OpenPR is reflected in the steadily increasing number of press releases. It is good that OpenPR exists!
Ursula Koslik, Director Marketing & PR, F+W Hamburg