Kenny Cooks For the Fair 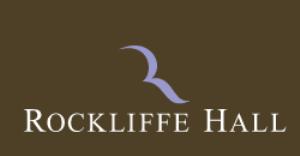 The acclaimed TV chef, Kenny Atkinson, is showing his support for a country fair in his home village of Darlington.The event is being held at Grange Community Centre in Hurworth Village near Darlington on the 17th September and Kenny will be doing three cooking demonstrations throughout the day.The chef, who has his name above the door of the village’s five star resort’s restaurant, The Orangery at the hotel golf and spa resort (http://www.rockliffehall.com/ ) Rockliffe Hall, is well known for his winning dishes on various TV programmes, such as BBC Two's Great British Menu. And like his appearances on the BBC’s popular weekend cooking show, Saturday Kitchen, Kenny will be showing his cooking skills to the crowds at the fair, which is being organised by Hurworth Parish Council, and will advise how to create his signature dishes in a series of live cooking demonstrations.The lucky spectators at the front of the stage will then get to taste Kenny’s gorgeous dishes ,which are expected to be made up of one stunning dessert and two fish dishes.The fair is the first one to be held in the village and is hosted in conjunction with Hurworth Community Association and Saint Theresa’s Hospice. The family day out which opens at 10:30 has been sponsored by Rockliffe Hall, a well-known hotel in Darlington (http://www.rockliffehall.com/ ), alongside Sherwoods of Darlington, Borderfields, and Thomas Watson Auctioneers and the fair promises people all ages fun throughout the entire day. Kenny says:“This event is the only live demonstration I am going to do this year and it gives the people of Hurworth and further afield the chance to see me cook some of the fantastic signature dishes that they can eat at Rockliffe Hall, without being on TV, and hopefully this will will draw quite a crowd to the first Hurworth country fair. I really want to get involved in the local community, as it is now my home and I’m keen to give something back.” More information can be found on the Hurworth Country Fair at: http://www.hurworthcountryfair.co.uk/About Rockliffe Hall:Rockliffe Hall is the newest and most exciting hotel resort to open in the North of England. Set on a magnificent restored 18th century estate on the banks of the River Tees, it is a destination in itself and a five star home-from-home. For further media information contact Antonia at Quay2 Media on 0191 296 6800Contact Us:Rockliffe Hall, Hurworth-on-Tees, Darlington, County Durham, DL2 2DUTel: 01325 729999

09-17-2013 | Sports
QueryClick Ltd
Sports nutrition experts USN re-launch website featuring highlights such as the …
USN Life is a new online resource offered by sports nutrition experts USN and featuring health and fitness information, articles and training plans As part of a recent website update, sports supplement providers USN have created a new resource for anyone concerned with boosting their fitness and wellness levels. USN Life is aimed at the full breadth of USN's customers, from professional athletes and bodybuilders to amateur sportspeople or those simply
09-17-2013 | Sports
QueryClick Ltd
Sports supplement provider USN launches revamped website and updated product ran …
Popular nutritional supplement provider USN re-launches website with a host of updated products and extra resources for athletes and bodybuilders. USN, a leading supplier of sports nutrition and bodybuilding supplements, has announced the launch of an updated website. Fast becoming a household name, the company has revamped its site with the aim of offering even more information and advice to anyone who is looking to lose weight, gain muscle
03-01-2013 | Business, Economy, Finances, B …
QueryClick Ltd
Hunter Boot Ltd. Names Alasdhair Willis as New Creative Director
The UK's leading designer and retailer of quality wellington boots, Hunter, has announced the appointment of a new Creative Director, and also, a new Commercial Sales Director Hunter Boot Ltd. today announces the appointment of Alasdhair Willis, as its Creative Director, and Fabrizio Stroppa, as its Commercial Sales Director. Based in London, both roles will report into the CEO, James Seuss, who was appointed in December 2012. A spokesperson for Hunter
02-05-2013 | Fashion, Lifestyle, Trends
QueryClick Ltd
Hunter Introduces The Original Tour Boot
Always on the forefront of functionality and style, Hunter is proud to introduce the new Original Tour Boot to their collection, their first rain boot designed to make traveling that little bit easier. The latest addition to Hunter Boot's renowned collection of rain boots has launched and it has one, very important difference; it's been designed with traveling in mind. The Original Tour Boot is Hunter's first travel-friendly rain boot, which