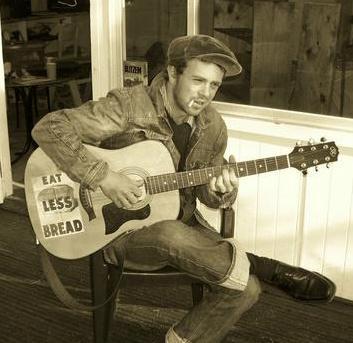 Following the release of Elliot Browns debut album “Delirium Tremens” in 2009, Elliot has just released “Road to Destruction.” Music.Net.NZ gives rave reviews of latest album, “Road to Destruction.” Undertheradar.co.nz has exclusive interview with Brown. Elliot Brown releases his Newest Album “Road to Destruction, available for purchase and review at www.elliotbrownmusic.com. The album introduces his new and highly political grassroots song “Some Promises Have Been Made to Me.” The new album in keeping with his previous release Delirium Tremens can be described as songs themed with alcohol, poverty and “general wretchedness.” Describing the struggle of young person today and how the struggles of today coincide with previous times. www.elliotbrownmusic.comRelease Date: Road to Destruction 2011 (c), Delirium Tremens 2009 (c) Genre: Alternative, Country, Rock, Acoustic, World/Folk Members of Elliot Brown Music:Elliot Brown (guitar, vocals) Dave Khan (mandolin, fiddle, banjer, squeezebox, guitar, vocals) Hariet Ellis (vocals, keyboard, bass) Fred Renata (bass, vocals, knitting needle) Jackson Hobbs (percussion, vocals, bass)Elliot Brown and The Candy Caps:Elliot Brown: Vocals, Lead Guitar, Music Composition and lyricsThe Stomps:Elliot Brown: Vocals, Lead Guitar Jackson Hobbs: Drums, Backing Vocals Hometown: Northland, New Zealand Record Label: Sailor Mouth Records About Elliot Brown Music:- He makes you think, makes you move and makes you feel: Powerful Medicine available "to go," get yours. Description: Elliot is a primarily self taught guitarist and vocalist, receiving his first guitar and lessons from his father at the age of six, and only a few lessons from a professional jazz/classical musician at the age of twelve. Studying a variety of the greatest artists of many disciplines, he has absorbed lessons in classical harmonies from artists such as Bach, vocal harmonies of Brian Wilson, with hau...nting lyrics inspired by a love of the work of Edgar Allen Poe. He attributes much of his passion to his love of folk and classic country artists, such as Bill Monroe and Hank Williams. Elliot Brown’s music captures the full spectrum of human emotion with his complex melodies and visual lyrics. His talent is self evident, or as Kim Freiderich of Punk Globe says, “[Elliot is] a man with so much talent that it made me stop and drop what I was doing…I found myself listening to his songs one by one over and over… mesmerized with what I was hearing.” Kim goes on to point out; “You are not signed to a label, which I find quite funny since it’s been a long time since I have heard this much talent.” This is a common response to Elliots magic. Paul Gallagher of Under the Radar and 95bFm who has played his music “religiously” says, “[He is] one of the more under-appreciated troubadours of New Zealand music, Elliot Brown has been a force of lyrical talent for as long as I have known him”; going on to add, “There has always been a mix of brutally earnest honesty within Elliot's music and a thematic blues folk aesthetic of an Dylan / Bo Diddley / Winston Churchill-speech quoting odyssey.” See More Biography Elliot Brown is a 26 year old solo recording artist based in Mangawai, Northland.Musical Background:Elliot’s debut album, Delirium Tremens features 21 songs recorded overtwo years, with samplings from both The Stomps and Elliot Brown and the Candy Caps, recorded by Gundry Audio, and is available for sale at Amazon, download at ITunes and available for sample on his WebPages. ... Elliot's newest album, Road to Destruction, has just been released and offers a sampling of Elliots genre-jumping capibilties,as well as an introduction to his use of unusual creative instruments and female vocals. Elliot pays tribute to some of his favorite folk musicians with classy covers of work by artists such as Jimmy Driftwood, and features new original songs including the title track, "On the Road to Destruction." Elliot is continuing to compose music, write lyrics and record tracks for his upcoming album, expected to be completed by January of 2012. Currently, Elliot is playing venues based in New Zealand, But with a solid fan base of 27,000 in the USA, is also planning a tour of the United States within the Year.Elliot Brown is showcased on a variety of radio stations including terrestrial stations such as KiwiFM, 95bFM , BBC Radio and Radio Boudaki, to college and online radio stations like www.HeadcaseRadio.com from Seattle and IM Radio 2.0 at www.IMRadio.com and many more. Current marketing efforts include networking with radio stations worldwide; booking efforts focused in the United States and New Zealand, with a unique approach to social networking that has invited fans from all over the world to participate in his craft by creating music video’s with free artistic license, covers of his work and much, much more. Products: Delirium Tremens, CD-2009 (c) Road to Destruction,CD-2011 (c) Current Location: Northland, New Zealand General Manage:r Elliot Brown Booking Agent: sm_records@hotmail.com Press Contact: elliotbrownmusic@hotmail.com Influences: Influences include Hank Williams, Bill Monroe, Tom Paxton, Radio Head, the Pixies,Jimmy Driftwood, Creedence Clearwater, Woody Guthrie, Pete Seeger, and Kris Kristofferson, but don’t let his influence by these legends fool you into thinking you’ve heard anything like his craft before. Band Interests: Elliot Brown is on a mission to be heard in every home and vehicle on the face of the earth, and to find his home with a major artists recording label. Website http://www.eliotbrownmusic.comElliot Brown NZ 8 Whaka Road Maungaturoto, Northland NZ 022.691.3223Elliot Brown USA c/o 667 SE 2nd ST, Toledo, OR 97391 541.635.0045Web Based Contact Interview/booking:sm_records@hotmail.com Information: elliotbrownmusic@hotmail.comMusic, Links and additional information: www.elliotbrownmusic.com

06-19-2018 | Health & Medicine
Dartford Road Dental Centre
Dartford Road Dental Centre
Dartford Road Dental Centre – dentist in Dartford Dartford Road Dental Centre is a dentist in the heart of Dartford and provides great dental care to patients from Dartford and the surrounding area. The dental practice opened in the 1980s and prides itself on providing award-winning dental care at affordable prices. The aim of Dartford Road Dental Centre is to provide good quality, up to date dental care in a caring and
03-29-2018 | Logistics & Transport
Coherent Market Insights
Off-road Vehicles Market
Off-road vehicles are vehicles, which run on and off the road surface, usually over rough terrain. These vehicles are categorised on the basis of specifications of tyre and suspension. Factors such as high ground clearance, skid plates, approach departure, and breakover allows these vehicles to ply on unpaved roads with low and rough traction surfaces. It includes both two-wheelers and four-wheelers such as SUVs. Major factor driving growth of the market
04-03-2017 | Health & Medicine
Nineteen Church Road
Nineteen Church Road
Nineteen Church Road is a dentist in Hoveton in Norfolk. Everyone at the practice is dedicated to providing the very best in dental healthcare for all the family. They believe that each person is a unique and special individual who deserves the very best treatment, and they are committed to giving you just that. The dental practice in Hoveton offers dental implants, sedation, smile makeovers and dentures. In addition to cosmetic dentistry
02-16-2017 | Industry, Real Estate & Constr …
TMR Research
Road Safety Market
Numerous systems, devices, and technologies are leveraged to ensure safety on highways, bridges, tunnels, and urban roads. Together they constitute the global road safety market, which at present is characterized by the presence of many players both from the private and public sectors. As a result, the competitive landscape is fragmented. Depending upon the different solutions for road safety available, the global market can be classified into automatic license plate
04-13-2012 | Business, Economy, Finances, B …
Gower Publishing Ltd
The Road to Co-operation
Gordon Pearson offers this critical and informed protest against the absurdity and error of economic theory, shedding new light on the predicament faced in 2012. He highlights the dangers of using bizarre mathematical models to guide policy prescriptions, arguing that the global challenges of growth and sustainability affect free market fundamentalist orthodoxy, causing a negative impact on enterprises, their governance and their stakeholders. His proposed realistic changes in policy and
12-03-2008 | Arts & Culture
Jan Balster
Calendar Silk Road 2009
Under the title „Silk Road 2009 “has just published the calendar of the German globetrotter Jan Balster. The calendar: Samarkand and Buchara - names from 1001 nights, grand architecture of a century-old history Central-Asia. An expedition through the northern countries Central-Asia between Uzbekistan to China. The observer succumbs to the fascination of outstanding photographies that is sedate in scene optimally. Each leaf of the calendar is printed on both sides, a photography
Comments about openPR
We publish our press releases on openPR.de because we like people who are "open" - just like us.
Frank Obels, CEO, INCONET - Informationssysteme, Communication und Netzwerkberatung GmbH