SilverStripe releases the framework from their CMS 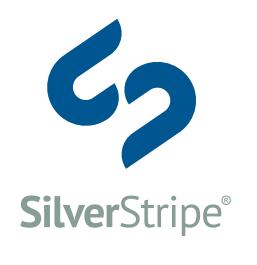 MEDIA RELEASE6 September 2011For immediate releaseSILVERSTRIPE RELEASES THE FRAMEWORK FROM THEIR CMSSilverStripe Ltd. is due to release SilverStripe CMS 3.0 in alpha in October and beta before Christmas. The biggest change to the current content management system will be the separation of the SilverStripe Framework as it’s own entity. The framework as a stable basis, formerly known as ‘Sapphire’, enables the developer to build more than just traditional websites but applications for any device and any purpose. CMS 3.0 promises an improved user interface, a better technical platform and will embrace social media and mobile web applicationsProduct Marketing Manager Kerstin Schuman says that SilverStripe Ltd. is proud to give the framework a status of it’s own; it is a great tool to build anything a developer wants. The framework will now become a standalone member of the SilverStripe Suite, becoming downloadable as a separate development tool. The SilverStripe Suite comprises of the SilverStripe CMS, SilverStripe Framework, SilverStripe Site Monitor and supported SilverStripe modules.Schuman says the release of the framework gives SilverStripe the opportunity to reach a new group of people who need more than just a CMS in order to build creative new web applications.These changes mean that the SilverStripe site performance measuring tool, previously known as Dawn, will be renamed to SilverStripe Site Monitor.ENDSMedia contact:Kerstin Schuman | Product Marketing Manager SilverStripe http://silverstripe.comPhone: +64 4 978 7330 xtn 56 Email: kerstin@silverstripe.com Skype: kerstin.silvertripeMedia assets:http://silverstripe.com/press/media-assets/SilverStripe CMS is an open source web content management system used by government organisations, businesses and non-profit organisations around the world. The CMS is an easy to customise power tool for professional web developers and easy to use for web content authors. With over 420,000 downloads and more than 5,500 active members in the online community the CMS is widely known and supported.The CMS is written in PHP and can be used within a Linux, Windows or Apple environment. SilverStripe was the first Open Source CMS to be certified by Microsoft, in May 2010.Tim Copeland, Sam Minnée and Sigurd Magnusson founded SilverStripe Ltd in 2000 in Wellington, New Zealand. In 2006 SilverStripe decided to release the CMS under the open source BSD license. The decision to do so was based on the idea that open source simply produces better software through the support and input of the community.Code, content and design are separated from each other within the CMS, which makes teamwork more productive. Along with the CMS, clients can also use the site monitoring tool Dawn, which was developed by SilverStripe Ltd, in order to monitor site performance. This is especially important for companies in which website downtime would result in major revenue loss.SilverStripe Ltd offers highly customised web solutions based on the SilverStripe CMS and framework, with customers including local clients like Air New Zealand, AA, Metlink and a number of regional, district and city councils. SilverStripe has also gained traction overseas and was the platform of choice to run the US Democratic National Convention website that supported Barack Obama’s 2008 presidential campaign.Today, SilverStripe has about 40 staff in its Wellington, Auckland and Melbourne offices, as well as partners throughout the world.Kerstin Schuman | Product Marketing Manager SilverStripe 97-99 Courtenay Place Wellington, New Zealand http://silverstripe.comPhone: +64 4 978 7330 xtn 56 Email: kerstin@silverstripe.com Skype: kerstin.silvertripe

05-18-2012 | IT, New Media & Software
SilverStripe
François Hollande running on open source CMS SilverStripe
François Hollande won the presidential election in France last week, with the help of an impressive campaign and kiwi content management system SilverStripe. Hollande’s website http://francoishollande.fr was the web-based focal point of the door to door campaign and functioned as the main communication tool throughout the whole election period. In the month before the election, the site had three million unique visitors and ranked 15th most visited information site in France. Frédéric
04-05-2012 | IT, New Media & Software
SilverStripe
Westpac NZ launches new website with SilverStripe technology
MEDIA RELEASE 4 April 2012 For immediate release Westpac launches new website with SilverStripe technology Westpac New Zealand has recently launched its new website, with development of the site being led by Wellington based company SilverStripe Ltd. The new website is built on the SilverStripe open source content management system meaning Westpac's site administrators are able to manage an increased amount behind the scenes. Westpac’s Head of Marketing Ian Moody says in-house administrators are able
11-15-2011 | Tourism, Cars, Traffic
SilverStripe
YHA WEBSITE OFFERS NEW BOOKING FUNCTIONALITY
The Youth Hostel Association New Zealand, YHA, have just launched their new website with innovative travel package functionality. The site shines with a fresh and clear design, making it easier for the user to find what they’re looking for. The new availability screen allows users to flick between availabilities, rates and membership - and family discounts get displayed on the fly. YHA have reached their goal of providing a next generation booking
07-28-2011 | IT, New Media & Software
SilverStripe
NEW ZEALAND START-UPS HAVE TO THINK BIG
The first one hundred days as SilverStripe’s CEO are over for 29-year-old kiwi Sam Minnée. It is time for the founder, and now leader, of the Wellington based software company to look back on the early days and check in to the future with his company. “New Zealand start-ups still think small when it comes to new business ideas. Just because people live on an island in