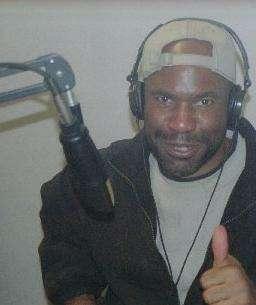 Popular Weekend Radio Personality Roy Gray Met His Match When Renown Author Candace Chambers-Belita Sparred With Him On International Radio Over The Covenant Of Marriage"I was amused that you had totally arrested my attention with your announcement that you're in search of a new wife named Brenda," writer Candace Chambers-Belita told Popular Weekend Radio Personality Roy Gray, as Gray's universal audience listened on space-age radios.Chambers-Belita had come to the radio station to verbally spar over the covenant of marriage."I just knew that I had to spar with you, Roy, about the true covenant of marriage. And I think you ought to put up your dukes, because I'm ready to just get down and dirty about what marriage really is," said Chambers-Belita, who has authored the books "Dare To Stand" and "The Secrets Codes Of Conduct For Marriage."Chambers-Belita believes, "The first this is, when you speak a vow that vow is for life, and I think a lot of people take their wedding vows very liberally...."Gray swung back with, "I treasure marriage and I treasure my wife...I would love to be with my wife, but I made the mistake of ignoring my wife to pursue (dreams), and I am paying for it and now...it may be too late... I agree that the marriage covenant is forever, that's why I've said publicly I will not revisit the whole marry-a-new-Brenda thing until the fourth quarter of this year."That's when Candace began to beat me down," Gray remembers, adding, "She floored me as she began telling me and my listeners the true meaning of love and marriage, and, without giving away too much from her books, I just guarantee that everyone who dares to buy her two current books will be better equipped to handle devotion to their mate."Gray, who is also an independent voice-over artist and cousin of "Mary Mary" Super Producer Warryn "Baby Dubb" Campbell, hosts the popular "Simply Gospel" music program, which airs live on theICN.Com (The International Christian Network) every Saturday Night at 6 PST. Gray is always looking for your help tracking down the following stories and more: 1. A pastor making extraordinary efforts to change the community 2. A day in the life of a single person surrounded by a sea of married friends 3. An examination of who is chosen to sing choir solos, and why 4. A profile of a person who seems to be always giving and never receiving 5. New business ventures undertaken by the disadvantaged 6. Reports about how inspirational music has changed your lifeThe International Christian (Radio) Network broadcasts live Gospel Music Programs, featuring selected station-sponsored radio personalities like Roy Gray. Simply Gospel Radio, founded by "Your Uncle Bill," furnishes Roy Gray's talent package to various radio stations. www.SimplyGospel.TV Roy Gray Entertainment also does non-union voice-overs and freelance radio news field reports.Public Relations, Kathy Hanson "Roy Gray Entertainment" P.O. Box 51773 Irvine, CA 92619 email: RoyGrayEntertainment@Yahoo.com www.myspace.com/royhasthemusic