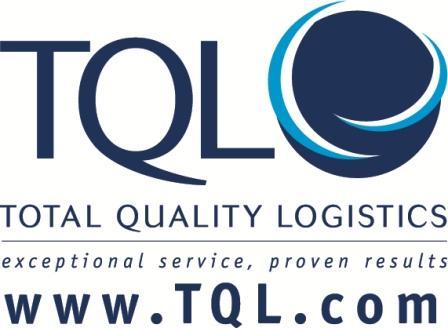 Dayton, Ohio--Total Quality Logistics (TQL), a freight brokerage firm that arranges the shipping of products using freight carriers, will officially open the doors to its newest satellite office in Dayton on September 19, 2011.As the 10th satellite office to open in two years, TQL Dayton will expand TQL's Ohio presence to three offices. The company has grown from two employees in a single office in 1997 to more than 1,400 in 11 offices nationwide. The addition of the Dayton team will be key to TQL's continued growth and success. "This new team is eager to hit the ground running in Dayton," says Kerry Byrne, TQL's Executive Vice President. "We are also excited about the opportunities that Dayton holds for TQL, both in terms of business expansion and local talent." TQL is currently hiring for openings in this office and expects to add 36 total sales employees in Dayton through 2012. Interested candidates can apply online at www.TQLJobs.com/apply.About Total Quality Logistics ( www.TQL.com) Total Quality Logistics is the nation's fourth largest freight brokerage firm with 1,400 employees in eight states: Ohio, Illinois, Colorado, South Carolina, North Carolina, Florida, Indiana and Kentucky. TQL is headquartered in Cincinnati, Ohio, where the company was founded in 1997. TQL arranges full truckload transportation for more than 7,000 customers across the U.S. and Canada. It has built a reputation with its integrity, reliability, and unmatched customer service standards. TQL was recently named a "Top Workplace" in Cincinnati as well as one of the "Healthiest Employers of Greater Cincinnati." To learn more, visit www.tql.com.P.O. Box 799 Milford, OH 45150