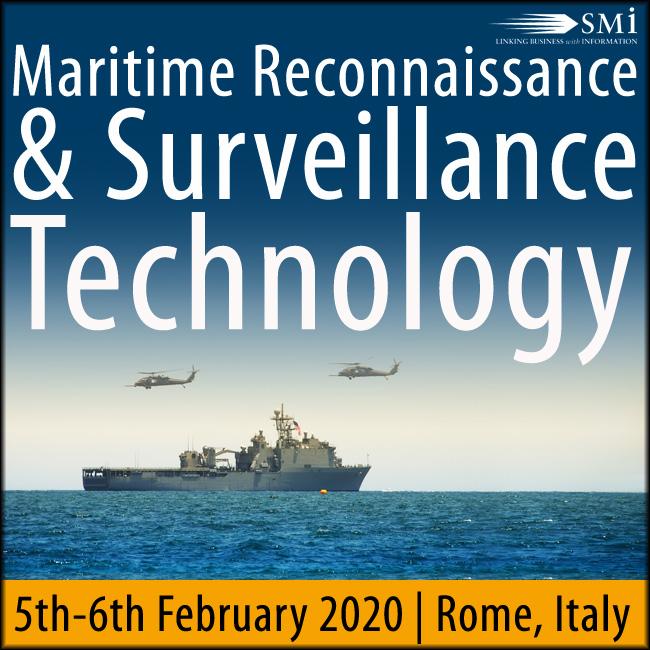 SMi Group’s 5th annual Maritime Reconnaissance and Surveillance Technology conference will be held in Rome, Italy on the 5th and 6th of February 2020. As the only Maritime ISR meeting in Italy with a specific focus on Maritime Space Domain Awareness, the conference will bring together experts from both military and industry to discuss operational and technological challenges facing navies and other maritime organisations.With just two weeks to go, SMi Group caught up with two key conference speakers, Luigi Sinapi, Director of the Italian Hydrographic Institute, Italian Navy and Commodore Tom Guy, Deputy Director, Combined Joint Operations from the Sea Centre of Excellence, NATO, to find out more about their role in the industry and what they’re most looking forward to at the conference.Places are becoming increasingly limited – interested parties should secure their place at www.maritime-recon.com/openpr7 Luigi Sinapi will be speaking on day one of the conference, presenting on “Optimising the Collection and Impact of Hydrographic Data for Both the Commercial and Defence Sectors.”Here is a snapshot of what was discussed in the interview:Working with Naval and Littoral partners, how do you see hydrography developing over time to continue to offer surface and subsurface situational awareness?“Nautical charting products for surface, submarine, anti-submarine, mine-hunting and air-sea naval operations are widely used by Navies, and indeed, chart coverage must be comprehensive and accurate, in order to provide freedom of manoeuvre for warships, to understand where the Navy, and equally importantly, where the enemy can operate, and to control the sea space when necessary. Hydrographic data and information provided by national Hydrographic Services represent a vital geospatial and meteo-oceanographic support used in naval operations. Furthermore, good hydrographic data is an essential and fundamental requirement for the delimitation of the maritime boundaries detailed in the United Nations Convention on the Law of the Sea.”Commodore Tom Guy will also be presenting on day one of the conference, with a briefing on “Anticipating the Next Decade’s Operational Requirements and Optimising Maritime Reconnaissance and Surveillance Capabilities to Meet These.” Here is a snapshot of what was discussed in the interview:As space-based ISR and unmanned technologies proliferate, what role will more traditional methods of enhancing reconnaissance and surveillance capacity have into the next decade?“In the maritime domain, the success of NATO’s naval forces requires an understanding of persistent relationships, time, space, risk, oceanography, the global supply chain, critical infrastructure and the environment, as well as the nature of the risk, and the capabilities, readiness and location of one’s competitors. Naval forces must be supported by ISR that is versatile and scalable, capable of supporting sustained power projection in denied or degraded environments, provide persistence and operate in proximity to potential threat vectors. New technology will be invaluable but I believe that blending the traditional methods of ISR with persistent strategic space-based assets and tactical level manned/unmanned technologies, supported by AI-enabled data analytics will be model of the near-future.”The full speaker interviews can be viewed online at www.maritime-recon.com/einpr7 Sponsor Gold Sponsor: Orbital Micro Systems Sponsor: General Atomics Aeronautical Systems | MAXAR | WindwardFor sponsorship enquiries contact Sadia Malick on +44 (0) 207 827 6748 or email at smalick@smi-online.co.uk For media enquiries contact Simi Sapal on +44 (0) 207 827 6000 or email ssapal@smi-online.co.uk Maritime Reconnaissance and Surveillance Technology Conference: 5th – 6th February 2020 Workshop: 4th February 2020 Crowne Plaza Rome - St. Peter’s Hotel Rome, Italy #maritimerecosmi---END—India House 45 Curlew Street London SE1 2NDEstablished since 1993, the SMi Group is a global event-production company that specializes in Business-to-Business Conferences, Workshops, Masterclasses and online Communities. We create and deliver events in the Defence, Security, Energy, Utilities, Finance and Pharmaceutical industries. We pride ourselves on having access to the world’s most forward-thinking opinion leaders and visionaries, allowing us to bring our communities together to Learn, Engage, Share and Network. More information can be found at http://www.smi-online.co.uk