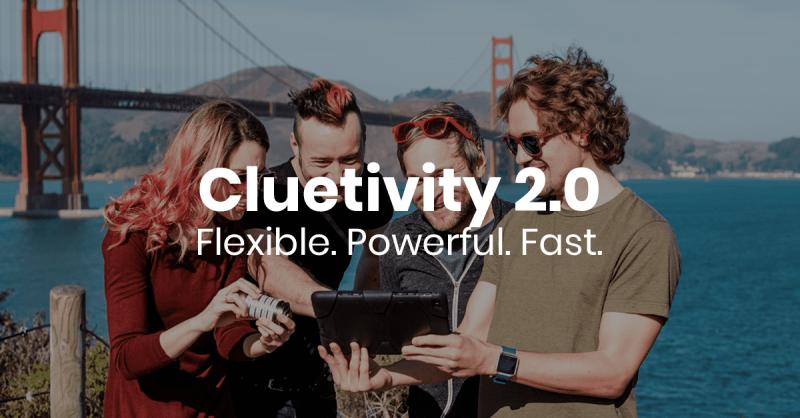 After months of testing, Life Action Games GmbH are pleased to announce new versions of their outdoor escape room software and outdoor escape games. This opens up many new opportunities for escape rooms, event agencies and other game providers.

In 2016, Life Action Games GmbH, developer of augmented reality games, released its first outdoor escape game, The Magic Portal. Along with the game, the online customisation tool, Cluetivity, was also released. This tool enables the company's partners to quickly and easily create routes, puzzles and their own games for their location and their customers.

Due to increasing demand and increasingly complex requirements, Life Action Games GmbH decided to develop an even more comfortable program for its partners – Cluetivity 2.0. The new customiser runs on significantly faster servers and provides partners with more freedom than ever before. With just a few clicks, users can create routes at their fingertips on either their PC or iPad, with multi-language capabilities.

A Level Up
The routes and puzzles from the customiser are playable in the outdoor escape games, ‘Operation Mindfall’ and ‘The Magic Portal’. Updates for each game are also now available on the app store.

Operation Mindfall is an augmented reality agent thriller and perfect for escape room fans and corporate events. The players take on the role of secret agents and must prevent villainous research company, Spider Technologies, from infecting the population with a mind control virus. They combine various objects, solve puzzles on the iPad and hack into the server from Spider Technologies.

The Magic Portal takes place in a fantasy world populated by goblins and is the ideal game for children's birthdays and families. Malicious creatures pour into the real through one of the magical portals. The players’ mission? They must find crystals to close the portal. Will you win the race against time and be able to protect your empire? Thanks to modern technology, reality and fiction blur into an unforgettable experience.

Both games are optimised for outdoor use and combine the best elements from scavenger hunts, GPS geocaching and augmented reality. They can also be used indoors, as a mobile escape room, and as an individually adapted experience for corporate clients.

You can edit or delete your press release Cluetivity 2.0: The New Tool for Outdoor Escape Games here

02-20-2017 | Energy & Environment
MRE Study
Small Hydropower Market: Voith GmbH, ANDRITZ HYDRO GmbH, Alstom S.A.
New York, February 20: Market Research Engine has published a new report titled as “Small Hydropower Market - Global Industry Analysis, Trends and Forecast 2016 - 2022” The small hydropower market is expected to exceed more than 140 GW by 2022. Browse Full Report: https://www.marketresearchengine.com/reportdetails/small-hydropower-market Hydropower is a technique of producing electricity that uses moving water to generate electricity. Small scale hydropower has been used as a common method of generating electricity in
02-06-2017 | IT, New Media & Software
Teracue GmbH
Teracue GmbH under new Leadership
Wolfgang Schmiegelt and Karl-Heinz Wenisch will leave the company as Managing Directors of Teracue GmbH. Both are founders of the company, whose business they have successfully managed since 1991. In 2014, the company was sold to eyevis Holding, which has since been responsible for the company's strategic orientation and further development. Thomas Buck (56) was appointed as the new Managing Director. The studied media engineer comes from the Hamburg system house
10-24-2014 | Industry, Real Estate & Constr …
Busch Vacuum Pumps and Systems
Busch Dienste GmbH
Vacuum pumps with a variety of operating principles were exhibited on the Busch stand at Vacuum Expo in Coventry. As the leading manufacturer of vacuum pumps and systems, Busch produces models for all vacuum levels from rough to high vacuum. The main focus of the Busch stand was the COBRA screw technology – proven systems for vacuum generation to 0.01 mbar. These dry-running vacuum pumps are used as standalone vacuum
10-08-2013 | Energy & Environment
MWM GmbH
Name change: MWM GmbH to become Caterpillar Energy Solutions GmbH
Mannheim, October 08, 2013 | On November 1st, MWM GmbH will change its name to Caterpillar Energy Solutions GmbH. The name change solely affects the legal entity, the established MWM brand is being continued. This step underscores MWM's belonging to the global company Caterpillar. Caterpillar is the world's leading manufacturer of construction and mining equipment, diesel and natural gas engines, industrial gas turbines and diesel-electric locomotives. Two years ago, MWM, the
02-26-2013 | Industry, Real Estate & Constr …
ESCHA Bauelemente GmbH
ESCHA Bauelemente GmbH celebrates birthday
Halver, 25 February 2013 – ESCHA Bauelemente GmbH became 30 years old in February 2013. The German family enterprise has evolved from a small metal-working business to an internationally- renowned and operating mid-sized company over the years. Today, with nearly 500 employees, the connectivity- and housing technology specialist provides its innovative- and qualitatively high-grade solutions worldwide. On 15 February 1983, Eugen Schmidt, Werner Turck, Hans Timptner, and Sigrid Dockhorn-Timptner laid
01-29-2013 | Industry, Real Estate & Constr …
ENGMATEC GmbH
Engmatec GmbH expands its management
On October 1, 2012, Thomas Lang was appointed to the management of ENGMATEC GmbH. Thomas Lang supports Josef Engelmann of the management board and is, along with Maria Engelmann, a shareholder of ENGMATEC GmbH. He is responsible for the areas sales, project planning and control engineering. The specialists for test engineering and automation from Lake Constance thus set the course for a successful future. They send a clear signal for the strategic
Comments about openPR
We publish our press releases on openPR.de because we like people who are "open" - just like us.
Frank Obels, CEO, INCONET - Informationssysteme, Communication und Netzwerkberatung GmbH