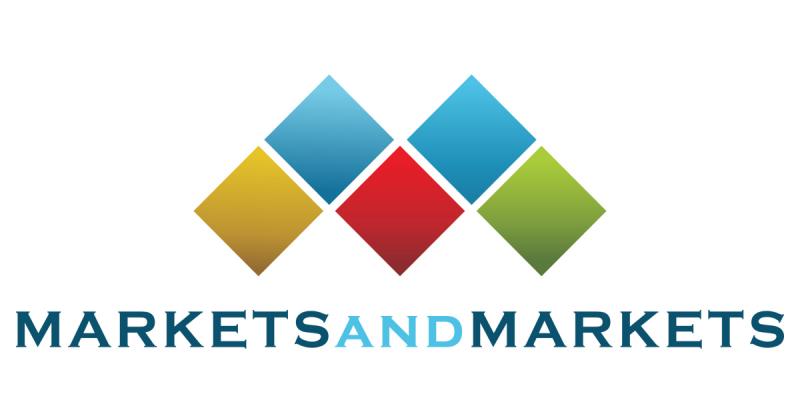 The Electric Vehicle Market is projected to reach 26,951,318 units by 2030 from an estimated 3,269,671 units in 2019, at a CAGR of 21.1% during the forecast period. The base year for the report is 2018, and the forecast period is from 2019 to 2030.The electric vehicles market has witnessed rapid evolution with the ongoing developments in the automotive sector. Favorable government policies and support in terms of subsidies and grants, tax rebates and other non-financial benefits in the form of carpool lane access, and new car registration (specifically in China where ICE engine new car registration are banned in some urban areas) the increasing vehicle range, better availability of charging infrastructure and proactive participation by automotive OEMs would drive the global electric vehicle sales.View FULL TOC @ https://www.marketsandmarkets.com/Market-Reports/electric-vehicle-market-209371461.html The electric vehicle market is dominated by globally established players such as Tesla (US), BYD (China), BMW (Germany), Volkswagen (Germany), and Nissan (Japan).Mid-Priced vehicle segment is expected to grow at the highest CAGR rateThe future of EVs is expected to be bright and with time the price of batteries, one of the most vital components in an EV, is reducing significantly which would make EVs more affordable. Mid-Priced vehicle class has limited features with less emphasis on features like infotainment, instrument cluster, and other expensive features. China is one of the leading countries for the mid-priced segment. Companies such as BYD, Smart, and Great Wall Motors are manufacturing comparatively less expensive vehicles. In July 2018, Great Wall Motors announced a partnership with BMW Group to produce electric MINI vehicles in China. In December 2018, the company launched its new flagship vehicle under its new ‘ORA’ electric car brand: the ORA R1. The small urban car will cost only USD 8,680 after incentives with a range of almost 200 miles.Increasing adoption of electric buses likely to propel the growth of commercial vehicles during the forecast periodThe commercial vehicle segment is expected to be the fastest-growing electric vehicle market. With the increasing adoption of electric buses, particularly in China and India, has contributed to the growth of the electric commercial segment. Several countries are expected to replace their existing fuel-based bus fleet with electric buses. The increasing trend of replacement of fossil fuel-based public transport fleet with electric buses will drive the growth of electric commercial vehicles during the forecast period. Additionally, the growth of e-commerce, logistics, and shared mobility will drive the growth of electric commercial vehicles during the forecast period.Download PDF Brochure @ https://www.marketsandmarkets.com/pdfdownloadNew.asp?id=209371461The supercharging segment is expected to grow at the highest CAGRTesla pioneered the installation of supercharging stations across the world. These super-fast charging stations can charge an EV battery in approximately 30 minutes. However, superchargers are exclusive only to Tesla EVs and do not function on other manufacturer’s models. As of January 2019, Tesla had over 1,400 supercharging stations across the world. With the mounting planned production of Tesla EVs that are set to be launched over the next few years, the supercharging segment is expected to grow in tandem.Besides Tesla, ABB and Tritium have introduced super-fast charging technologies, 350 kW Terra HP and Veefil-PK, respectively. Additionally, JET Charge has installed super-high charging power stations in Australia. Innovations by global as well as some key regional players are expected to open new avenues for the growth of this segment over the next few years.Request FREE Sample Report @ https://www.marketsandmarkets.com/requestsampleNew.asp?id=209371461The Asia Pacific is expected to lead the market during the forecast periodThe Asia Pacific is expected to be the largest electric vehicle market by 2030 due to the rising demand for greener transportation along with several initiatives by private organizations as well as governments. The region is home to some of the fastest developing economies of the world, such as China and India. The governments of these developing economies have recognized the growth potential of the electric vehicle market, and hence, have undertaken different initiatives to attract major OEMs to manufacture electric vehicles in domestic markets. For instance, in March 2019, the Indian government announced the second phase of FAME – II, which includes setting up 2,700 charging stations in metro cities. Also, the Indian government plans to make it mandatory for cab-hailing companies Ola and Uber to have 40% of their fleet as electric vehicles.China is also investing heavily in the production of commercial electric vehicles with plans for export. OEMs such as BYD plan to open plants in other parts of the world to manufacture electric buses and electric trucks to meet regional demand. In December 2017, Toyota announced plans to launch 10 new EV models by 2020 in Japan. The EV charging infrastructure in Japan is already at an advanced stage; thus, EV sales and electric vehicle charging stations market are expected to grow significantly in the near future. All these factors will drive the electric vehicle market in the Asia Pacific region.Contact: Mr. Shelly Singh MarketsandMarkets™ INC. 630 Dundee Road Suite 430 Northbrook, IL 60062 USA : 1-888-600-6441 sales@marketsandmarkets.comAbout MarketsandMarkets™MarketsandMarkets™ provides quantified B2B research on 30,000 high growth niche opportunities/threats which will impact 70% to 80% of worldwide companies’ revenues. Currently servicing 7500 customers worldwide including 80% of global Fortune 1000 companies as clients. Almost 75,000 top officers across eight industries worldwide approach MarketsandMarkets™ for their painpoints around revenues decisions.Our 850 fulltime analyst and SMEs at MarketsandMarkets™ are tracking global high growth markets following the "Growth Engagement Model – GEM". The GEM aims at proactive collaboration with the clients to identify new opportunities, identify most important customers, write "Attack, avoid and defend" strategies, identify sources of incremental revenues for both the company and its competitors. MarketsandMarkets™ now coming up with 1,500 MicroQuadrants (Positioning top players across leaders, emerging companies, innovators, strategic players) annually in high growth emerging segments. MarketsandMarkets™ is determined to benefit more than 10,000 companies this year for their revenue planning and help them take their innovations/disruptions early to the market by providing them research ahead of the curve.MarketsandMarkets’s flagship competitive intelligence and market research platform, "Knowledgestore" connects over 200,000 markets and entire value chains for deeper understanding of the unmet insights along with market sizing and forecasts of niche markets.

You can edit or delete your press release Electric Vehicle Market Growth, Industry Trends, and Statistics by 2030 here

10-24-2018 | Business, Economy, Finances, B …
Global Atetstation
China Attestation
China is a growing Asian country and day by day many people migrate into the country for pursuing their personal needs. But going into China is not an easy task, we have to face some legal steps ahead. Let us define all this legal action in a single word China attestation. China government placed its embassies all over the world for ensuring the trustworthiness of the immigrant’s certificate. There
08-02-2017 | Business, Economy, Finances, B …
ReportsWorldwide
Packaged Water in China
ReportsWorldwide has announced the addition of a new report title Packaged Water in China to its growing collection of premium market research reports. Packaged Water in China industry profile provides top-line qualitative and quantitative summary information including: market share, market size (value and volume 2011-15, and forecast to 2020). The profile also contains descriptions of the leading players including key financial metrics and analysis of competitive pressures within the market. Synopsis: Essential resource
06-08-2017 | Energy & Environment
ReportsWorldwide
Agrochemicals Market in China
ReportsWorldwide has announced the addition of a new report title China: Agrochemicals: Market Intelligence (2016-2021) to its growing collection of premium market research reports. The report “China: Agrochemicals: Market Intelligence (2016-2021)” provides market intelligence on the different market segments, based on type, active ingredient, formulation, crop, and pest. Market size and forecast (2016-2021) has been provided in terms of both, value (000 USD) and volume (000 KG) in the report. A
05-29-2017 | Advertising, Media Consulting, …
Color Steel Tile Market
Global Color Steel Tile Market 2017 - South China, East China, Southwest China, …
Color Steel Tile Market Research Report A market study based on the " Color Steel Tile Market " across the globe, recently added to the repository of Market Research, is titled ‘Global Color Steel Tile Market 2017’. The research report analyses the historical as well as present performance of the worldwide Color Steel Tile industry, and makes predictions on the future status of Color Steel Tile market on the basis
04-11-2017 | IT, New Media & Software
Big Market Research Report by BMR
Telecom Cloud Billing Services Explore In Regions (South China, East China, Sout …
Big Market Research has added a report, titled, “China Telecom Cloud Billing Services Market Size, Status and Forecast 2022.” The report offers an extensive information and analysis of sales, production, revenue, key manufacturers, drivers & opportunities, and competitive scenario. Moreover, current industry trends and growth prospects are explored along with thorough analysis of each segment for the historic period, 2012–2017 and the forecast period, 2017–2022. The research also offers insights
02-15-2017 | Business, Economy, Finances, B …
ReportBazzar
Restaurant Markets in China
China’s demand for Restaurant has grown at a fast pace in the past decade. In the next decade, both production and demand will continue to grow. The Chinese economy maintains a high speed growth which has been stimulated by the consecutive increases of industrial output, import & export, consumer consumption and capital investment for over two decades. This new study examines China’s economic trends, investment environment, industry development, supply
Comments about openPR
Your portal is fast, simple, and easy to use. Others may have more functions but they also demand more editing time, you have to preformat the text in order to achieve a good result etc. I think openPR is really fantastic!
Andreas Knepper, wallmedien AG