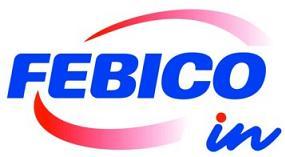 FEBICO had started to promote the benefits of chlorella and spirulina since 1976, during the prime time when there were more than 300 microalgae manufacturers in Taiwan, and the demand for chlorella was at its highest peak. However in 1978, numerous incidents of photosensitization by taking chlorella have occurred in Japan. People who had taken too much chlorella reported cases of erythema (superficial reddening of the skin caused by dilation of blood capillaries) on the areas exposed to sunlight, which led to local itchiness and ulcer. Scientists have later found that during the process of improper chlorella manufacturing, a phototoxic substance called pheophorbides, have created and cause damage to the body with the stimulation of sun light. In Europe, similar accidents have occurred among livestock due to over consumption of pheophorbides-contained vegetables and expressed dermatitis on the skin or in some severe cases, death. Vegetables during storage, manufacture process, or cooking, might convert the chlorophyll structure to pheophorbides, changing the natural green color of leaf to brown. Many consumers were worried about getting sun rashes and stopped taking chlorella 30 years ago. Many factories in Taiwan were forced to shut down due to this unfortunate accident. Fortunately, FEBICO has been following the safety manufacturing and its stringent quality control and in-house manufacturing process, there are no accidents of photosensitization reported from our consumers and the companies we had worked with. Department of Health of Taiwan regulates the amount of total pheophobides to be under 100mg% for spirulina strain and under 80 mg% for chlorella strain. This standard is well established in Taiwan and Japan more than 20 years ago, indicating that Taiwan and Japan have been taken chlorella and spirulina to be healthy for a long period of time. With the emerging supplement markets of chlorella and spirulina, there are several chlorella products currently available on market that has pheophorbides levels 700%~1000% higher than the food safety level. It can very much cause the same photosensitization issue as 30 years ago and should be a precaution to everyone. Consumers shouldn't be left in the dark from the past history of chlorella, and it should be the responsibility of the suppliers Up till now, FEBICO’s chlorella and spirulina are made under Food-GMP and HACCP manufacturing process with ISO22000 standard. FEBICO’s commitment to preserve what’s best in the chlorella and spirulina since 1970s without unnecessary food processing by human or environmental hormones such as heavy metal, chemical waste, or radiation pollution are closely examined by the Tse-Xin Organic Agriculture Foundation(Taiwan), Naturland (Germany), and NOP (USDA) annually to certify its 100% organic and naturalness. FEBICO is the only company that produces organic spirulina and chlorella certified by NOP (U.S. National Organic Program) and Naturland, an IFOAM (International Federation of Organic Agricultural Movement) accredited organization. FEBICO’s factory in Ping-Tung (southern Taiwan) produces the high quality microalgae with over 35 years of research and updated production facilities. FEBICO is the only company in the world that uses clean mountain spring water to cultivate microalgae. In Japan, 90% of microalgae is imported from Taiwan. Having 140,000 square meters culture ponds with yearly production of more than 1000 MT of microalgae, FEBICO’s company currently holds the leading position in microalgae sales with Japan in Taiwan. http://www.febico.com http://www.facebook.com/FEBICOforBetterHealth http://twitter.com/febicoin http://febico.wordpress.com http://www.amazon.com (search for FEBICO) Room A,13F. No.3 Yuan Chiu Street, Nangang District, Taipei 115, Taiwan

You can edit or delete your press release Photosensitization by Chlorella? here

10-03-2011 | Health & Medicine
FEBICO
Japanese secret to longevity
It is slowly reaching the season of autumn, where temperature difference between night and day is clearly noticeable. This may cause vasoconstriction which may lead to cardiovascular diseases. According to a British research, cardiovascular diseases have a 25% higher percentage of occurring in autumn than in any other seasons. Low temperature may cause instability in the blood vessels, high blood pressure, poor blood circulation and other physiological changes. Coupled with
07-11-2011 | Health & Medicine
FEBICO
What Can Be Done To Prevent Radiation And Toxins?
Since the radioactive contaminations of food products from the nuclear incident in Japan, there have been endless reports on food safety. Followed by the more recent E.coli infected German vegetables, consumers are starting to fear and wonder about which foods are really safe. In fact, food has long been ubiquitous polluted. It was not long ago when we discovered that Chinese milk manufacturers manufactured milk that contained large amounts of melamine,
05-20-2011 | Health & Medicine
FEBICO
FEBICO Chlorella Vulgaris CV-66 for Preventing Metabolic Syndrome and Cardiovasc …
Food that are too rich, unbalanced diets, over-nutritious, no exercise, may lead to overweight and wider waistlines. Cholesterol and triglycerides levels may rise and become higher than average, even blood pressure and blood sugar can appear higher than average, these may be a sign of a modern diseases known as Metabolic syndrome, which is also known as syndrome X. According to the statistics in Taiwan, an average of one
04-26-2011 | Health & Medicine
FEBICO
Apogen Capsule for Immune Wellness ( FEBICO)
For better living and brighter futures, the working class tends to tire themselves outshine others in the work fields due to tough competition. Stress and pressure are built up day by day and people often neglect their health conditions. Bad health can cause weakening the immune system of the body, low moral and spirit, physical fatigue, and nutritional imbalance. These conditions can prevent one from maintaining in top form, and

08-24-2017 | Fashion, Lifestyle, Trends
Orbis Research
Jewellery Market in Taiwan
Summary This report helps to analyze competitive developments such as joint ventures, strategic alliances, mergers and acquisitions, new product developments, and research and developments in the Jewellery in Taiwan Description The brand name has become a more important factor in the purchasing decisions of consumers when choosing jewellery. Consumers would rather spend the same money on a smaller diamond by a key brand name. This has benefited the sales performances of most international
06-12-2017 | Business, Economy, Finances, B …
ReportsWorldwide
Agrochemicals Market in Taiwan
ReportsWorldwide has announced the addition of a new report title Taiwan: Agrochemicals: Market Intelligence (2016-2021) to its growing collection of premium market research reports. The report “Taiwan: Agrochemicals: Market Intelligence (2016-2021)” provides market intelligence on the different market segments, based on type, active ingredient, formulation, crop, and pest. Market size and forecast (2016-2021) has been provided in terms of both, value (000 USD) and volume (000 KG) in the report. A
05-25-2016 | Advertising, Media Consulting, …
RTB House
RTB House Enters Taiwan
24 May 2016 – After several months of operation in APAC, RTB House – a tech company specializing in sophisticated retargeting scenarios and operating worldwide – has opened offices in Taiwan. This is the 4th market in RTB House Asia portfolio, after Indonesia, Malaysia and Thailand and an outcome of an expansion that started in the last quarter of 2015. All operations in Taiwan are going to be carried out
09-24-2013 | Fashion, Lifestyle, Trends
ASIANinNY.com
Celebrate Taiwan @ Grand Central Terminal
Sep 18th 2013, New York - Taiwan Tourism Bureau Office in New York partners with the Smithsonian Museum to promote Taiwan culture with a “Celebrate Taiwan @ Grand Central Terminal” event on September 28, 2013 from 11AM to 2PM for “Museum Day Live!”. The Grand Central Terminal is one of Manhattan’s most famous attractions, and is a part of the U.S Beaux Arts Wonder architectures. Recently, Taiwan Hsinchu Railway Station
01-24-2013 | Energy & Environment
WINAICO Deutschland GmbH
Taiwan on the fast lane
WINAICO sees clear advantages in the location of its headquarters in Taiwan Creglingen, 09.01.2013 – Often Taiwan, Korea, Japan and other Asian countries are thrown into one big pot with China. This is – at least concerning the production of photovoltaic modules – not justified; because: especially between Taiwan and China as countries of production there are serious differences. While China always set its focus on the mass production of consumer
04-29-2010 | Industry, Real Estate & Constr …
Presseabteilung Taipeh Vertretung
Taiwan wins big in Geneva
Taiwan garnered 28 gold, 21 silver and 10 bronze medals at the April 24 award ceremony of the 2010 International Exhibition of Inventions of Geneva, the most number of awards earned by any participating country. This year Taiwan submitted a total of 63 entries for the exhibition, among which the Technology and Science Institute of Northern Taiwan (TSINT) took 3 gold, 6 silver and 4 bronze medals, the most number
Comments about openPR
9 o'clock: discuss press release with client, 10 o'clock: submit release to openPR, within the briefest possible time release is published and displayed in a prominent place on openPR.de. I am thrilled!
Zehra Spindler, Calypso Now! - Communication Agency