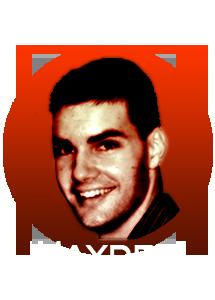 Hayden Padgett, an up and coming artist based in the Bay Area, is releasing his latest single entitled "Poisoning Me." The song is a combination of Pop and R&B elements that highlights the piano skills of Hayden Padgett, as well as his vocal talent. The song is a strong first step in the musical career of a talented new artist.Hayden Padgett has been heavily involved in music for most of his life, taking piano lessons since his youth as well as cultivating his vocal talent. He also has a strong ear for music, having taken countless classes in music theory. All in all, Hayden Padgett is an artist who has spent time and effort practicing and getting ready for his musical debut and is ready to give it all he's got. His music can be found at:http://www.ragingrecords.com/releases.htmlAny further questions can be sent here:julian@bahmani.com Julian Bahmani, Founder, Raging RecordsRaging Records was founded in early 2011 as a creative outlet first and foremost. It is not a machine, it is not a faceless entity, and it is certainly not a heartless corporation. It is a means. A means by which artists and people with a passion for music and sounds can come together and inspire each other to create, compose, produce and write. It's not about making money or becoming famous or becoming the next big thing. That comes or it doesn't. Here at Raging Records, its about letting go a little and following that crazy idea you had and seeing it through to completion.Raging Records4230 Knollview Drive, Danville, CA 925-785-4730