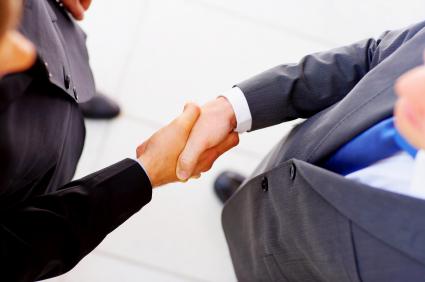 A joint report by the Confederation of British Industry (CBI) and KPMG has revealed that more firms in London are hiring as normal in comparison with 6 months ago. This is great news for (http://www.tarpon-uk.com) umbrella contractors in and around the capital according to umbrella contracting firm Tarpon. The findings of the report demonstrated that redundancies have fallen in London, whilst hiring has improved over the past 6 months. The study found that 51% of firms who took part in the research were optimistic about future business prospects. The news come just 2 days after the announcement that the demand for umbrella contractors rose north of the border. A report by the Bank of Scotland revealed that the IT sector in Scotland had witnessed an encouraging demand for IT workers across the country.Chief economist at the Bank of Scotland, Donald MacRae, commented on the increased opportunities for contractors. He said:“May's Report on Jobs showed a welcome seventh consecutive month of improvement in May, as the Scottish Labour Market Barometer outperformed the rest of the UK providing further evidence of Scotland's economic recovery.”Further good news came earlier in the month with the publication of a report by the REC and KPMG, revealing that more vacancies were open to limited contractors in the UK.The news of a move towards a UK wide restoration to normality in recruitment has been welcomed by umbrella contractor company (http://www.tarpon-uk.com/) Tarpon, who believe that the reports are highly encouraging, the information within which will hopefully act as a precursor to a further rise in demand for contractors.A spokesperson for the company said:“With the release of the report by the REC and KPMG several days ago, followed by this report by CBI and KPMG, things are definitely looking up for contractors, with a distinct rise in vacancies not only in London, but throughout the UK.“It seems that a general rise in consumer confidence, and the stabilising effect this has on the economy in general, will lead to greater opportunities for contractors and umbrella companies such as ourselves.”Despite the rise in employment opportunities, the mood is still one of “cautious optimism” according to Roger Tweedy, director of research at the REC. This may be the case, but, as he also explained within the report, “employer confidence is at a 12 month high”.About TarponTarpon is an umbrella companyspecialising in contractor payroll, enabling contractors to maximise their income and streamline their admin.Contact Tarpon UK Ltd, Unit 12, Tivoli House, Wigmore Park Centre, Luton, LU2 9XG, tel: 0800 434 6402

09-17-2013 | Sports
QueryClick Ltd
Sports nutrition experts USN re-launch website featuring highlights such as the …
USN Life is a new online resource offered by sports nutrition experts USN and featuring health and fitness information, articles and training plans As part of a recent website update, sports supplement providers USN have created a new resource for anyone concerned with boosting their fitness and wellness levels. USN Life is aimed at the full breadth of USN's customers, from professional athletes and bodybuilders to amateur sportspeople or those simply
09-17-2013 | Sports
QueryClick Ltd
Sports supplement provider USN launches revamped website and updated product ran …
Popular nutritional supplement provider USN re-launches website with a host of updated products and extra resources for athletes and bodybuilders. USN, a leading supplier of sports nutrition and bodybuilding supplements, has announced the launch of an updated website. Fast becoming a household name, the company has revamped its site with the aim of offering even more information and advice to anyone who is looking to lose weight, gain muscle
03-01-2013 | Business, Economy, Finances, B …
QueryClick Ltd
Hunter Boot Ltd. Names Alasdhair Willis as New Creative Director
The UK's leading designer and retailer of quality wellington boots, Hunter, has announced the appointment of a new Creative Director, and also, a new Commercial Sales Director Hunter Boot Ltd. today announces the appointment of Alasdhair Willis, as its Creative Director, and Fabrizio Stroppa, as its Commercial Sales Director. Based in London, both roles will report into the CEO, James Seuss, who was appointed in December 2012. A spokesperson for Hunter
02-05-2013 | Fashion, Lifestyle, Trends
QueryClick Ltd
Hunter Introduces The Original Tour Boot
Always on the forefront of functionality and style, Hunter is proud to introduce the new Original Tour Boot to their collection, their first rain boot designed to make traveling that little bit easier. The latest addition to Hunter Boot's renowned collection of rain boots has launched and it has one, very important difference; it's been designed with traveling in mind. The Original Tour Boot is Hunter's first travel-friendly rain boot, which

11-27-2018 | Business, Economy, Finances, B …
P&S Intelligence
Single-Use Bioprocessing Systems Market 2023 by Key Players Tarpon Biosystems In …
Rising demand of disposables in biopharmaceutical production, increasing prevalence of chronic diseases, which requires biological drugs for their management and treatment, low manufacturing costs of disposable products and instrument, and improving life science research infrastructure are some of the growth drivers of the global single-use bioprocessing systems market. In addition, technological advancement in bioprocessing systems is also driving the growth of global single-use bio-processing systems market. Increasing numbers of mergers
08-22-2017 | Business, Economy, Finances, B …
CONRIC PR & Marketing
Gather to open at Tarpon Point in early October
Building on the phenomenal success they have brought to Cape Harbour Marina, the people behind Fathoms Restaurant & Bar and The French Press are set to launch a new dining concept at beautiful Tarpon Point Marina. Offering breakfast, lunch, dinner, a full bar and picnic lunches for boaters, Gather is expected to open in early October and is currently hiring for several positions, including line cooks, servers and bartenders. Benjamin
07-12-2017 | Associations & Organizations
Cole Link Foundation
Cole Link Foundation announces its 2017 Inaugural Benefit Bash to celebrate its …
Newcomer, Cole Link Foundation will host its 2017 Inaugural Benefit Bash at Ruth Eckerd Hall in Clearwater on Thursday, Aug. 3, 2017 at 6 p.m. to 10 p.m. to raise needed funds for charitable programs in educational awareness, health & wellness and the arts. The following day at noon, Tarpon Springs Mayor Chris Alahouzos will cut the ribbon at the official grand opening of the nonprofit’s new headquarters located at 871 E.
02-05-2013 | Health & Medicine
Club Reduce Florida
Grand Opening For Club Reduce Florida Set For Early February In Tarpon Springs
Tarpon Springs, FL, January 31, 2013 – Thursday, February 7, 2013 at 5:30 p.m. will mark the grand opening of the new Club Reduce Florida holistic weight loss center and spa. The highly anticipated center, located at 1200 S. Pinellas Avenue, will also host a ribbon cutting ceremony with local dignitaries attending including, Tarpon Springs Mayor David O. Archie, Palm Harbor Chamber Honorary Mayor Arlene Tracht and Chamber of Commerce
03-14-2012 | Industry, Real Estate & Constr …
QueryClick Ltd
Agency Workers' Regulations Has Little Impact On Umbrella Contractors Since It's …
Umbrella company Tarpon are not surprised by the recent news released by the Recruitment & Employment Confederation (REC), who act as the voice of the recruitment industry. Who have confirmed that the introduction of the Agency Workers Regulations (AWR) has not affected the hiring of temporary workers, including umbrella contractors. As of October 2011, legislation known as the AWR was introduced. This new legislation ensures every agency worker the right
12-19-2011 | Business, Economy, Finances, B …
QueryClick Ltd
2012 Could be the Year for Umbrella Companies, Say Umbrella Company Tarpon
The recent news of an extra boost for the umbrella company industry, in the form of a £1 billion grant, could support half a million jobs. The new year could be the year for umbrella companies as the industry is boosted by an extra £1 billion injection in the Regional Growth Fund (RGF), assigned to help 500,000 people find jobs in 2012. The decision to award the RGF with an extra
Comments about openPR
Your portal is fast, simple, and easy to use. Others may have more functions but they also demand more editing time, you have to preformat the text in order to achieve a good result etc. I think openPR is really fantastic!
Andreas Knepper, wallmedien AG