Soccer Economics announces that Turkey will beat Iceland during the Euro Cup qualifiers on November 14th, 2019 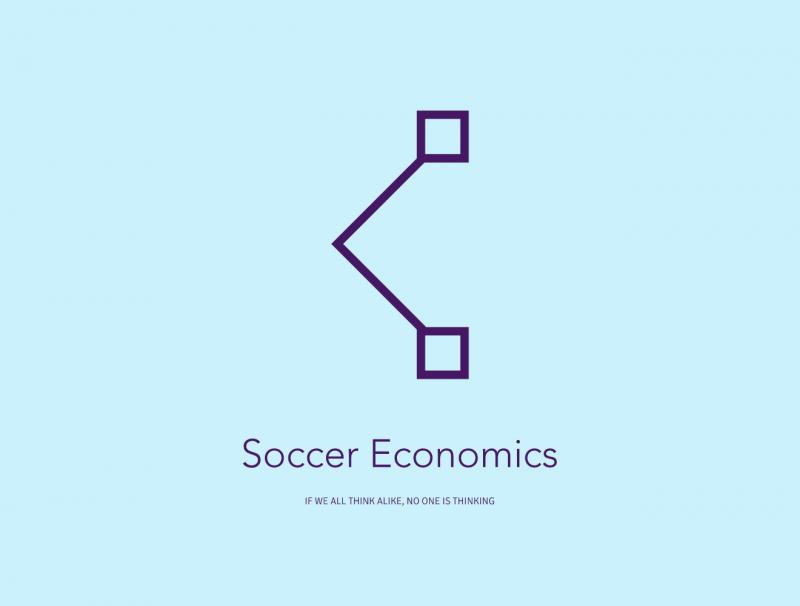 If we think alike - then we are not thinking

Soccer Economics. A first-of-its-kind approach to analyzing and predicting national soccer game results. What happens when you combine a Chartered Investment Manager and a professional engineer to analyze soccer data? Soccer Economics – that’s what happens. “We strongly believe that when we all think alike, then no one is thinking. That’s why we’ve spent a considerable time analyzing national soccer game results to create our very own and unique data forecasting model”, said Alexis Klein, co-founder of Soccer Economics. The approach is novel – and unique. Unlike most data analyst “experts” who take their data and twist it until it confesses, the co-founders let the data tell its own story. Often, there’s no story, it’s as simple as that. No correlations, no causality, nothing but fragmented information that is of no use and cannot be leveraged for predictive purposes. However, from time to time – the data presents them with precious predictive insights. And that’s their focus, to seek and retrieve that data, and to be the first and only ones to do so. It’s by analyzing “odd” data and correlations that most “experts” disregard as a waste of time that the Soccer Economics team can forecast soccer game results in their very own unique way. “In a nutshell, that’s what we do. We identify patterns, correlations, causality between data that no one thinks about – and that no one would even consider. What we can tell you is that after analyzing a never-ending set of data, across a spectrum with no data source limitations and no pre-conceived notions, we quickly arrived at the following conclusion: If you are thinking the obvious (i.e. analyzing goalkeeper rankings, goals scored, possession rates, corner kicks per game, team formation etc.) to determine the outcome of a national soccer game, well, you’re pretty much replicating what 99% of the “experts” have done. And guess what? It’s not working, and never will”, stated Alex Ballez, co-founder at Soccer Economics. For further information, please contact the Soccer Economics team at: info@soccereconomics.com or www.soccereconomics.comAlexis Klein 76 Routliffe Lane Toronto ON M2N 0A5At Soccer Economics, we’re different – because we think differently. Unlike most data analyst “experts” who take their data down to their basement and torture it until it confesses, we let the data tell its own story.

You can edit or delete your press release Soccer Economics announces that Turkey will beat Iceland during the Euro Cup qualifiers on November 14th, 2019 here

04-15-2019 | Arts & Culture
GALERIE FRANK FLUEGEL
Alex Katz Coca Cola Girls | GALERIE FRANK FLUEGEL
GALERIE FRANK FLUEGEL will show Alex Katz Coca Cola Girls during June and Summer 2019. RED—a long-drawn-out, intense red, monochrome through and through. This saturated, warm red unfolds its very own effect, a lasting presence. Hear Coca‑Cola, and you see red. This red is dominant, powerful, melodic, and permeated by an infinite number of pigments that weave an impenetrable dense network of surfaces that will allow nothing less than pure color
01-30-2018 | Leisure, Entertainment, Miscel …
Cabeau
CABEAU NAMES ALEX VORISSIS AS CHIEF FINANCIAL OFFICER
Woodland Hills, CA (January 29, 2018) – Cabeau, a world leader in consumer travel products available in more than 110 countries, announced the appointment of Alex Vorissis as Chief Financial Officer. Vorissis will manage all aspects of Cabeau's financial and accounting operations while best positioning the brand for continued global growth. As a Chief Financial Officer, Vorissis will provide financial counsel, forecasting and optimize processes that support Cabeau's high performing
10-25-2017 | Leisure, Entertainment, Miscel …
Music Promotion Club
Alex Plant Offers Best Electronic Music Compositions to Fans
Have you listened to new singer Alex Plant in soundcloud? This artist has developed good fan base in the music streaming site. Music enthusiasts, who like listening to electronic music, they will love tuning into Alex Plant. The artist has struggled a lot during his career. Unlike others, Alex Plant is a passionate musician. He likes to experiment with new music beats and rhythms. No one can replace his musicality
10-20-2017 | Health & Medicine
Page One Marketing
Alex Stewart International Accredited To ISO Standards
Alex Stewart International is delighted to announce to the industry that its head office and principal laboratories in Liverpool, England, United Kingdom – AS International Corporation Ltd - has been accredited by the United Kingdom Accreditation Service - UKAS - to ISO 17025 Standards. The methods which have been accredited are as follows: • Determination of Silver (Ag) in Copper Concentrates by Acid digestion • Determination of Cobalt (Co) in Cobalt Hydroxides and
10-18-2017 | Leisure, Entertainment, Miscel …
Music Promotion Club
Enjoy Alex Plant’s New Electronic Blend in Soundcloud
Electronic music has developed amongst the music enthusiasts by 1990. Recently, many artists have released their electronic music in soundcloud. Alex Plant has also released his track in this music streaming site. This artist has focused on the song structure rather than lyrical prowess. He stays in the perfect tempo to make a good impression. This artist has struggled a lot to get the top position in soundcloud. His music
09-04-2017 | Leisure, Entertainment, Miscel …
Music Promotion Club
Alex Plant Drops His Electronic Music “Codes 2”on SoundCloud
Electronic music is that kind of music which employs electronic musical equipments and different techniques. It is really stunning since it is done in a unique way which is lovely. In this era of music one hit musician named Alex Plant is doing rounds with “Codes 2”. It is mainly a beat comprising of various instruments. The work of the drum along with the stick at first section is seriously
Comments about openPR
OpenPR ist the nicest and most clearly laid out PR platform I have seen to this day. The press releases are displayed very nicely and clearly and without any unnecessary frills. The updates are fast and the finished release looks appealing and is clearly legible. Even with 16 years of experience one discovers new things from time to time. Congratulations!
Gabriele Ketterl, Director Marketing & PR, Menads