Polyvinyl Butyral (PVB) Films & Sheets Market likely to grow at an impressive CAGR 4.8% by 2023, as estimated by Stratview Research 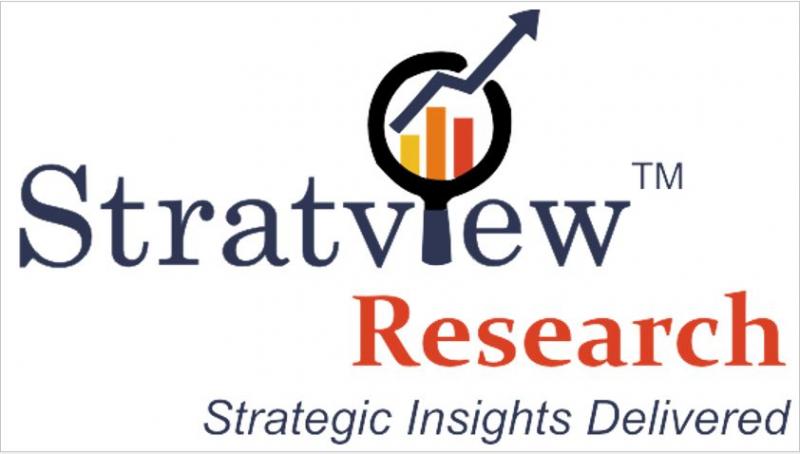 Stratview Research in its recent report has offered an overlook of the current Polyvinyl Butyral (PVB) Films & Sheets Market scenarios and has also estimated the Polyvinyl Butyral (PVB) Films & Sheets Market to grow at an impressive CAGR 4.8% by 2023. The insights highlighted in the report are based on data that is carefully collected from reliable sources and is then scrutinized to have a proper analysis. Not only the report offers the market size but also details about the market segmentation with its share. Stratview Research also extends its research to offer a forecast of the market during the period of 2018 – 2023, to provide the clients with base knowledge of the market and make strategies to have beneficial results ahead. Click here for a Free Sample of the report (additional insights inside): https://www.stratviewresearch.com/Request-Sample/354/Polyvinyl-Butyral-Films-&-Sheets-Market.htmlThe predominant application of polyvinyl butyral (PVB) resin is thin films and sheets, which found usage in the automotive and building & construction industries. PVB films & sheets are widely used in automotive applications as an interlayer in the windshield. They also found applications in luxury cars to make side and roof glass to increase safety and to reduce noise and light transfer. Furthermore, in the building and construction industry, these films & sheets are used for window covering with the purpose to promote energy saving and to reduce noise. PVB resin also finds some usage in solar panel encapsulants but its relatively a small market at a present scenario. Click here for description of the report: https://www.stratviewresearch.com/354/Polyvinyl-Butyral-Films-&-Sheets-Market.htmlBased on the end-use industry, the PVB films & sheets market is segmented as Automotive, Building & Construction, Solar Energy, and Others. The automotive segment holds more than half of the share of the total PVB films & sheets market. An extensive usage of PVB films & sheets in the automotive industry to increase safety and to reduce noise and light transfer is primarily driving the demand for PVB resins in the automotive industry. Additionally, increasing automobile production is likely to boost the demand for PVB films and sheets in the coming years. It is estimated that approximately 608.5 million units of automobiles (passenger cars, LCVs, and MHCVs) are likely to be produced worldwide during the next five years (2018-2023). The building & construction segment holds around a two-fourths share of the global PVB films & sheets market, majorly driven by Europe. In Europe and the Middle East, PVB films and sheets are majorly used in architectural applications for window covering with the purpose to promote energy saving and reduce noise. It is expected that Europe and the Middle East will act as the growth engines of the segment’s market in the coming five years. Based on the regions, Asia-Pacific is expected to remain the largest PVB films & sheets market during the forecast period of 2018 to 2023. The region is also likely to experience a healthy growth during the same period. Rapidly expanding automotive and construction industries in the developing economies of the region, such as China and India, is the major driving factor behind the dominance of the Asia-Pacific region in the PVB films & sheets market. Out of the total vehicles produced worldwide during 2018-2023, approximately 54.2% will be produced in Asia-Pacific only, mainly in China, Japan, South Korea, India, and Thailand. Europe and North America are also likely to generate sizeable growth opportunities during the forecast period. Both regions also produce a large number of vehicles as well as a huge investment in the building & construction industry. Furthermore, there is a high focus on the development of energy-saving constructions with the purpose to save energy and to reduce noise. These trends are likely to assure the sustainable growth of PVB films & sheets in these regions in the coming years.Check out the Table of Contents here: https://www.stratviewresearch.com/toc/354/Polyvinyl-Butyral-Films-&-Sheets-Market.htmlHighlights of the Report: The global PVB films & sheets market is projected to grow at an impressive CAGR of 4.8% during the period of 2018 to 2023. This represents an attractive growth opportunity in the entire ecosystem of the market. Healthy growth automotive and construction industries, especially in the emerging economies; increasing demand for energy-saving buildings, growing disposable income of consumers in developing countries, and increased concern towards global warming are flourishing the growth of the PVB films & sheets market. The supply chain of this market comprises of PVB resin manufacturers, PVB films & sheets manufacturers, distributors, and end users. The key manufacturers of PVB resins are Eastman Chemical Company, Kuraray Co., Ltd., Sekisui Chemical Co., Ltd., Huakai Plastic (Chongqing) Co., Ltd., and Zhejiang Decent Plastic Co., Ltd. Capacity expansion, backward integration, and formation of strategic alliances are the key strategies adopted by the major players to gain a competitive edge in the market.Features of the Report This report offers high-quality insights and is the outcome of detailed research methodology comprising extensive secondary research, rigorous primary interviews with industry stakeholders and validation and triangulation with Stratview Research’s internal database and statistical tools.The Polyvinyl Butyral (PVB) Films & Sheets Market analysis report discusses the following heads in great detail: • Market structure: Overview, industry life cycle analysis, supply chain analysis • Market environment analysis: Growth drivers and constraints, Porter’s five forces analysis, SWOT analysis • Market trend and forecast analysis • Market segment trend and forecast • Competitive landscape and dynamics: Market share, product portfolio, product launches, etc. • Attractive market segments and associated growth opportunities • Emerging trends • Strategic growth opportunities for the existing and new players • Key success factorsStratview Research 400 Renaissance Center, Suite 2600, Detroit, Michigan, MI 48243 United States of America Phone No. +1-313-307-4176 sales@stratviewresearch.comKnow more about us and our reports: Stratview Research has been offering its insightful reports and custom researches to the interested clients in some of important industry sectors such as Advanced Materials, Aerospace & Defense, Automotive & Mass Transportation, Consumer Goods, Construction & Equipment, Electronics and Semiconductors, Energy & Utility, Healthcare & Life Sciences, and Oil & Gas. The data is collected for the reports is collected from reliable sources and is analysed carefully to come up with an end result that is resourceful and worthy for the interesting clients.

You can edit or delete your press release Polyvinyl Butyral (PVB) Films & Sheets Market likely to grow at an impressive CAGR 4.8% by 2023, as estimated by Stratview Research here