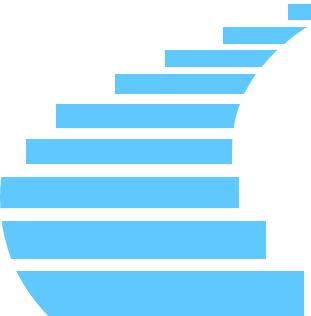 Rae and Steve Chesney-Beales were like many other parents of children with autism, Down’s syndrome and Global Development Delay. Frustrated at the lack of results from traditional therapy, they traveled half way around the world from Norfolk, UK, to the Cayman Islands to enroll their 12-year-old son, Izaak, in dolphin-assisted therapy. Izaak had been diagnosed with schizencephaly (brain malformation), hydrocephalus (abnormal fluid around the brain), epilepsy and Global Development Delay. According to his mother Rae, Izaak had left-sided weakness. “It’s almost like he forgets that it’s there,” she said. He would have trouble gripping with his left hand and he used a wheelchair for mobility. Rae and Steve had tried all types of physical therapy in the UK, but still couldn’t find the right fit for Izaak. When Rae heard about Dolphin Human Therapy – now Rapid Development Therapy – on Grand Cayman, she started to research. “We looked at what the benefits could be for Izaak,” she said. “We needed to give it a go and see if we could use dolphins to help in therapy.” Off they went…THE THERAPY Marcia Martin was the intern therapist that worked with the Chesney-Beales family every day of the two-week therapy. She worked with Izaak and his parents on developing more independence, self-confidence, awareness of his environment and his ability to better articulate his feelings. These goals might seem minor to families with healthy children, but parents of children with special needs know that these details are everything. Improvement in these areas could mean a happier life for everyone in the family. “I noticed fear early on. I would ask Izaak what he wanted to do, and he’d cross his arms over his chest and say, ‘I don’t know,’” Marcia said. Or he’d reply with one-word answers. And he was still barely recognizing his left side. So Marcia applied various methods in physical therapy, classroom sessions, parent workshops and additional therapy over the two weeks to work on these developments. The dolphins were used as the ultimate motivators. As the therapy progressed, Izaak became more and more confident. He was coming into his own. “Now at the dock, he’ll ask the trainers, ‘Can I throw the ring in the water please?’” Marcia said. “And he’s best buddies with Ziggy, the dolphin.” Then, with four days left, Izaak had another major breakthrough. When Rae and Izaak were riding in the van from the hotel to Dolphin Cove, Izaak turned to his mother and said, “No wheelchair today. I’ll walk.” She couldn’t believe it. “For any distance at all, he would use his wheelchair,” Rae said. Not that day. And not for the rest of the therapy.BACK AT HOME What happened wasn’t a miracle or magic or anything mystical. Izaak was just motivated by the incentive of the dolphins – Ziggy in particular – and the effective therapy. He built the confidence to break out of his comfort zone. And he wanted to push himself to get better. This is at the root of the dolphin-assisted therapy at Dolphin Cove. The program provides therapeutic tools for the child and family to continue the hard work back at home and for the rest of their lives. Izaak’s father Steve described the therapy as “the foundation for the next sessions and the future” – therapy will continue for their family. “(The therapy) gave us a refreshed and renewed outlook and enthusiasm with new strategies in place,” he said. Rae said that the therapy was a unique, personal experience that allowed her to communicate and interact with her entire family and the therapists. And she’s seen many changes in Izaak. “He’s more confident, his vocalization has improved, and his eye contact with strangers in much better,” she said. As for his left hand, he learned to grip, toss and hold. He improved his strength and awareness. And he’s continuing the improvements at home. For more information on how to participate in Rapid Development Therapy, visit their website at http://www.rdtci.com or call 305.704.7012, or contact Brian Wright at 224.645.8177 or brian@rdtci.comRDTCI is a dolphin-assisted therapy program in the Cayman Islands that helps families and children with special needs.Brian Wright RDTCI 1845 S Michigan Ave #1705 Chicago, IL 60616 224.645.8177 brian@rdtci.com

03-11-2016 | Arts & Culture
Steel Pony
LANSDOWNE ARTS BOARD ANNOUNCES SECOND ​IN A SERIES OF ​EXHIBITIONS JURIED BY …
GALLERY SHOW, “LILT: NEW WORK BY JACQUE LIU,” OPENS MARCH 12, 2016 Lansdowne, PA---The Lansdowne Arts Board is pleased to announce the work of contemporary visual artist Jacque Liu, the second show in its inaugural Juried Solo Exhibition Series. The show will be
10-01-2013 | Arts & Culture
EMMANUEL POST
Izaak Zwartjes - Schicksal der Gegenwart
Opening reception: Friday, June 21, 2013, 7 pm Duration of the exhibition: June 22 - July 27, 2013 Tuesday - Saturday, 12 - 7 pm In August, please contact the gallery for an appointment to see the show. We are pleased to announce the first solo exhibition in Germany of Dutch artist Izaak Zwartjes. Izaak Zwartjes' exhibition title 'Schicksal der Gegenwart' references the children's fantasy film 'Erik or the Small Book of Insects' (2004) which is based
Comments about openPR
OpenPR ist the nicest and most clearly laid out PR platform I have seen to this day. The press releases are displayed very nicely and clearly and without any unnecessary frills. The updates are fast and the finished release looks appealing and is clearly legible. Even with 16 years of experience one discovers new things from time to time. Congratulations!
Gabriele Ketterl, Director Marketing & PR, Menads