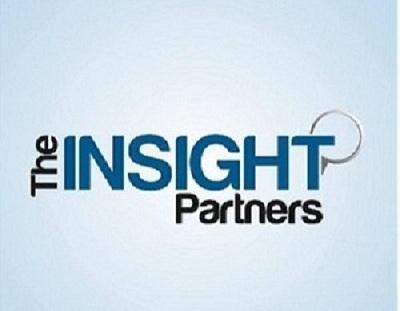 The market for coastal surveillance radars is experiencing a steady growth rate over the periods, as the defense forces in the developed countries as well as countries that are vulnerable to attacks from the sea in the form of drug smuggling, human trafficking, and terrorism based activities. The growth of coastal surveillance radars market is the current scenario is attributed to the rapid increase in the defense budgets of various countries by their respective Governments with a view establish themselves as superpowers in the global arena. Furthermore, as the land and air-based defense forces of major countries of the world have been beefed up to greater levels, the security at the coastal borders has still remained a matter of concerns for majority countries. All these factors are expected to drive the global coastal surveillance radar market during the forecast period.Get sample PDF Copy @ https://www.theinsightpartners.com/sample/TIPEL00002010/?opr-mjThe global Coastal Surveillance Radar market accounted for US$ 775.7 Mn in 2017 and is expected to grow at a CAGR of 6.1% during the forecast period 2018 - 2025, to account for US$ 1,237.9 Mn in 2025.The key companies profiled in this report include Accipiter Radar Technologies Inc., Aselsan A.S., Blighter Surveillance Systems Ltd., East Radar Systems Limited, Elbit Systems Ltd., FLIR Systems, Inc., GEM Elettronica, Harris Corporation, Israel Aerospace Industries Ltd., Kelvin Hughes, Raytheon Company, Terma A/S, and THALES GROUP.The coastal surveillance radar is mainly used by the naval forces and coast guards with an objective to secure the coastlines from various marine threats. Following the marine disputes, the demand for constant and efficient maritime surveillance is being emphasized by all countries. The coastal surveillance radar market is dominated by X-band radars as these radars have much higher electromagnetic wavelength and detection capability of smaller targets even in sea clutter is much higher than other radars. However, the dual frequency radar i.e. combination of X-band and S-band radar is anticipated to be adopted the maximum in the coming years. The future market for the coastal surveillance radar is promising, as the major defense forces, as well as the defense forces in the emerging economies, are increasing their budgets year on year.The global coastal surveillance radar market has been segmented by types as X-band, S-band, X-band and S-band, and Others. On the basis of the platform, the market for coastal surveillance radar market is also bifurcated as shipborne, land-based and airborne. Further, the market is broken down by the end-user into the port, harbor, and oil & gas industry, and maritime protection agencies.Europe holds the second largest market share. The lengthy coastline of the European continent is one of the major driving potential factors for the deployments of the coastal surveillance radar systems. As a result of the longer coastline, the European continent has also been increasingly facing various threats to the security of the country. Threats such as illegal immigration from the terrorist states to the European region via the waterways has been on the rise. Also, illegal drug trafficking and smuggling coupled from various corners of the world and majorly from Latin America & the Caribbean Islands, as well as from some of the African nations have risen in the region over the years. On account of these factors, the need for coastal radar surveillance in most of the European countries is immense. Also, provisioning safety & security to the fish farmers, and employees working in the oil rigs in Europe demand for deployments of the coastal surveillance radar systems.Inquiry for Discount @ https://www.theinsightpartners.com/discount/TIPEL00002010/?opr-mjThe vehicle traffic service (VTS) is an oceanic monitoring system used by naval forces, coast guards and harbor authorities to monitor and navigate the marine vessels in a limited oceanic space. VTS is a major concern for the coastal surveillance teams and owing to the increasing vehicle traffic across geographies, the demand for shore surveillance radar is increasing among the end users. The VTS utilizes radar, VHF radiotelephony, automatic identification systems (AIS). The rising procurement of VTS in the current scenario and the rapid technological development in the field of transceivers and antenna by the major contractors are driving the Coastal Surveillance Radar market in the current scenario.Coastal Surveillance Radar Market Strategic Insights The new development was observed as the most adopted strategy in global Coastal Surveillance Radar market. Few of the recent strategies by some of the players in the Coastal Surveillance Radar market landscape are listed below-2018: FLIR introduced Raymarine's flagship line of multifunction displays (MFDs), Axiom™ XL. Designed for premium yachts and glass bridge installations, Axiom XL displays offer the largest size in the Axiom family and the superior performance and elegant simplicity.2017: East Radar Systems Limited designed Transportable Coastal Surveillance Radar System in order to provide an autonomous, rapidly deployable coastal radar system capable of detecting targets at ranges up to 37Nm2017: Thales is unveiling its Ground Fire family: a range of the latest-generation multifunction ground radar. The radar system, which is fully digital, will carry out air defense and surveillance missions simultaneously.Access the complete report with Comprehensive table of contents @ https://www.theinsightpartners.com/buy/TIPEL00002010/?opr-mjContact Us: Call: +1-646-491-9876 Email: sales@theinsightpartners.comAbout Us: The Insight Partners is a one stop industry research provider of actionable intelligence. We help our clients in getting solutions to their research requirements through our syndicated and consulting research services. We are a specialist in Technology, Semiconductors, Healthcare, Manufacturing, Automotive and Defense.

10-20-2020 | Business, Economy, Finances, B …
The Insight Partners
Winery Equipment Market Outlook, Business Status, Industry Trends | Krones AG, P …
Chicago, United States, 2020: The global Winery Equipment Market is carefully researched in the report while largely concentrating on top players and their business tactics, geographical expansion, market segments, competitive landscape, manufacturing, and pricing and cost structures. Each section of the research study is specially prepared to explore key aspects of the global Winery Equipment Market. For instance, the market dynamics section digs deep into the drivers, restraints, trends, and opportunities of
10-20-2020 | Business, Economy, Finances, B …
The Insight Partners
Luxury Shuttle Bus Market Growing Popularity and Emerging Trends | Daimler AG, F …
Growing environmental concerns and rising awareness related to public transportation benefits is the major driving factor for the growth of the luxury shuttle bus market. Further, significant improvements in the design and interiors of luxury shuttle buses, consistent advancements in technology, and government initiatives for public transportation development are also positively impacting the growth of the luxury shuttle bus market. The study report on Global Luxury Shuttle Bus Market 2020 to
10-20-2020 | Business, Economy, Finances, B …
The Insight Partners
Sodium Metasilicate Pentahydrate Market New Tech Developments and Advancements t …
Sodium Metasilicate Pentahydrate Market research study involved the extensive usage of both primary and secondary data sources. The research process involved the study of various factors affecting the industry, including market environment, competitive landscape, historical data, present trends in the market, technological innovation, upcoming technologies and the technical progress in related industry, and market risks, opportunities, market barriers, and challenges. This report strategically examines the micro-markets and sheds light on the
10-20-2020 | Health & Medicine
The Insight Partners
Male Hypogonadism Market to 2027 - AbbVie Inc., Teva Pharmaceutical, Merck, Fino …
A report by The Insight Partner's on the Male Hypogonadism Market discusses the growth of the market in great detail. It discusses thoroughly all factors promoting and deterring the market. The report also focuses on the competitive dynamics in the market by monitoring the strengths and weaknesses of prominent contributors and their key products. Male hypogonadism is a failure of the testes that produce the male test hormone testosterone, sperm, or

04-25-2019 | Industry, Real Estate & Constr …
Up Market Research (UMR)
Radar Gun Market 2019-2025 - Recent Trends and Growth Opportunities By Major pla …
Global Radar Gun Market Insights, production, value, price, Future and Forecast up to 2025. The Market Revenue of Global Radar Gun Market is expected to expand at a lucrative CAGR over the forecast period. Global Radar Gun Market segmentation, industry reports, market trends, and market outlook are now available from Up Market Research (UMR). Request for PDF Sample of this Research Report @ https://www.upmarketresearch.com/home/requested_sample/109972 The key players covered in this study
11-01-2018 | Advertising, Media Consulting, …
HTF Market Intelligence Consulting Pvt. Ltd.
Radar Gun Market to Witness Huge Growth | Sports Radar, Uniden, Sports Sensors, …
HTF MI released a new market study on Global Radar Gun Market with 100+ market data Tables, Pie Chat, Graphs & Figures spread through Pages and easy to understand detailed analysis. At present, the market is developing its presence. The Research report presents a complete assessment of the Market and contains a future trend, current growth factors, attentive opinions, facts, and industry validated market data. The research study provides estimates
03-21-2018 | Advertising, Media Consulting, …
Transparecny Market Research
3D Radar Market - Increasing Adoption of 3D Radar By Airports
The military and defense sector has been constituting a prominent chunk of budget in the economy of all developed countries for a number of years but in the past couple of decades, a number of emerging economies have incremented their expenditure on ensuring safety and security of their nation. This factor has given thrust to the demand for advanced military and defense technologies, among which, the 3D radar market is
03-15-2018 | Advertising, Media Consulting, …
Spire Research and Consulting
Spyware tracking under the radar
The U.S. has seen a massive growth in sales of “off-the-shelf” software to trace an individual’s every move based on the microwaves emitted by their mobile phones. This opens the door to privacy and personal data security issues. The fear of being watched has been expressed by 80% of Americans. The growth in consumer spyware looks set to continue over the next year and it is unclear how it can be
10-03-2017 | Industry, Real Estate & Constr …
The Insight Partners
Automotive RADAR Market Outlook by Range (Long Range Radar (LRR), Medium Range R …
Automotive RADAR system plays a vital role in advanced driver assistance system (ADAS) by continuously sensing the distance between vehicles in real-time, improving driving efficiency and increasing safety. These system are mainly used for preventing and alerting vehicle from collision detection, warning and mitigation. The boosting demand for advanced innovative features such as travel control will escalate the demand for automotive RADARs and also these systems will minimize human errors
09-12-2017 | IT, New Media & Software
Synthetic Aperture Radar (SAR) Market - Global Industry Insights, Trends, Outlook, and Opportunity Analysis, 2017–2025
SYNTHETIC APERTURE RADAR (SAR) MARKET
Synthetic aperture radar market refers to the space and air-based SAR that functions on the principle of transmission and reception of the reflected signals that interact with the ground and aid in the imaging, tracking, detection and characterization. SAR finds significant applications over the conventional electro optical (EO) imaging systems, primarily owing to microwaves being able to penetrate through clouds and provide consistent 24 hour, all weather data efficiency. Increasing traction
Comments about openPR
OpenPR ist the nicest and most clearly laid out PR platform I have seen to this day. The press releases are displayed very nicely and clearly and without any unnecessary frills. The updates are fast and the finished release looks appealing and is clearly legible. Even with 16 years of experience one discovers new things from time to time. Congratulations!
Gabriele Ketterl, Director Marketing & PR, Menads