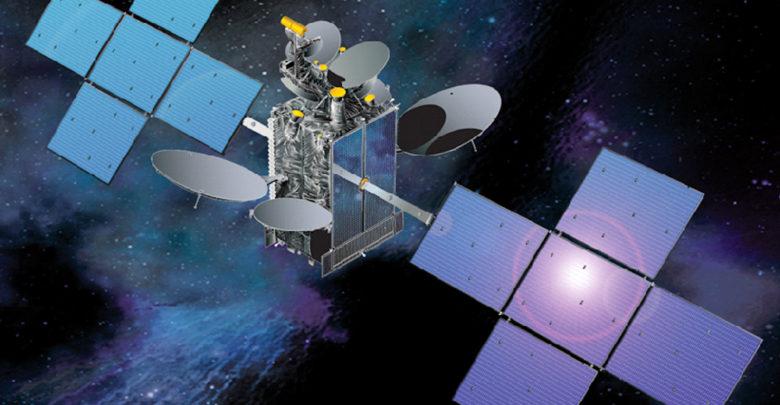 The satellite transponders are part of the payload of a satellite. They are mainly used for transmitting and receiving the uplinked signals. Approximately 15 to 30 transponders can be found in a single satellite. The signals that are transmitted by the satellites to the earth are of very low power level owing to the huge difference in the distance between the satellite and the transmitter. The configuration of the transponders is made at different frequency ranges so that the low power signals that are received can be amplified. The transponders also consist of high power amplifiers to perform the function of amplification. The amplified signals are transmitted by the satellite back to the earth.Get more info about “Global Satellite transponders Market Report” by requesting Sample Copy HERE: https://www.worldwidemarketreports.com/sample/52079 Key Growth Factors:The global market demand for satellite transponders is constantly increasing primarily due to the increase in growth of new subscribers for Ku-band frequencies. Ku-band frequency is primarily utilized for data, voice and video communications and thus is the most favored frequency. Additionally, the increasing adoption of Ka-band frequency for high-bandwidth broadcasting and communication has also positively impacted the growth of the satellite transponders market. Subscriber upgrades has been another driving factor for the growth of this market. The growth in application sectors such as maritime broadband, in-flight communications and machine to machine (M2M) have also been boosting the growth of satellite transponders market. The expected diversification and increase in applications in the coming years can be expected to further boost the marketMarket Segmentation:The global satellite transponder market is segmented into bandwidth, service, application and region. On the basis of the bandwidth, the global market is segregated into Ku Band, K Band, C Band, Ka Band and others. Based on the service, the market is categorized into maintenance & support, leasing and others. On the basis of application, the market is divided into commercial communications, navigation, R&D, government communications, remote sensing, and others. Regionally, the market is diversified into regions such as Asia Pacific, North America, Europe, Latin America and the Middle East and Africa.Regional Analysis:The region that is dominating the satellite transponder market is North America. This advancement in the market is owing to the early technological up gradation made in the satellite transponder technology. North American C-band video services segment is the major supplier for the commercial satellite transponder rental services. The evolving markets such as OTT TV services and 4K-UHD will drive the Ka-band transponders market. Other regions such as Asia Pacific and Europe are also contributing a good share in the satellite transponder market.Key Players:The key market players in the satellite transponder market include Arianespace SA, Thales Alenia Space, Airbus Group SE, Lockheed Martin, Loral Space and Communications, Inc., Eutelsat S.A., Intelsat S.A., Boeing Company, Orbital ATK, Inc., INVAP S.E. among others.Want to make an inquiry before purchasing this report and also want a discount? Click HERE: https://www.worldwidemarketreports.com/quiry/52079 THANKS FOR SPENDING YOUR VALUABLE TIME ON THIS VALUABLE PIECE OF INFORMATION!About WMRWorldwide Market Reports is your one-stop repository of detailed and in-depth market research reports compiled by an extensive list of publishers from across the globe. We offer reports across virtually all domains and an exhaustive list of sub-domains under the sun. The in-depth market analysis by some of the most vastly experienced analysts provide our diverse range of clients from across all industries with vital decision making insights to plan and align their market strategies in line with current market trends.Mr. Shah Worldwide Market Reports 1001 4th Ave, #3200 Seattle, WA 98154, U.S Tel: +1 415 871 0703 Email:sales@worldwidemarketreports.com

05-20-2019 | IT, New Media & Software
Shoghi Communications
Unified Satellite Phone Monitoring System
Unified Satellite Phone Monitoring System is designed to intercept Voice, SMS and Text traffic from Satellite Phones operating on Thuraya, Iridium and IsatPhone Pro Satellite networks. The system is pre-integrated & pre-configured in a compact ruggedized transportable casing for plug and play operations. It intercepts the signals from L-band uplink (from Satellite Phones to Satellites) and downlink (from Satellite to Satellite Phones) to provide the duplex calls up to
11-14-2018 | Industry, Real Estate & Constr …
24 Market Reports
Small Satellite Services Market Growth
In 2017, the global Small Satellite Services market size was million US$ and it is expected to reach million US$ by the end of 2025, with a CAGR of during 2018-2025. This report focuses on the global Small Satellite Services status, future forecast, growth opportunity, key market and key players. The study objectives are to present the Small Satellite Services development in United States, Europe and China. Download FREE Sample of this
05-17-2018 | Media & Telecommunications
The Insight Partners
Satellite Transponders Leasing Market -
The satellite transponders leasing market is anticipated to grow at a CAGR of 4.43% during the forecast period of 2015-2025 and accounts for US$ 19,225.3 Mn in the year 2025. The growing demand for C band and Ku band transponder by the commercial sector across the globe to spur the satellite transponders leasing market in the coming years. Along with the digitization of the broadcasting industry and emergence of enhanced TV
10-23-2017 | Advertising, Media Consulting, …
Scalar Market Research
Satellite Bus
A spacecraft bus is also known as satellite bus is the universal model on which several-production satellite often based on. The spacecraft infrastructure is based on the structure of bus; typically offering payload locations. Commonly, they are mainly used for geosynchronous satellites, mostly communications satellites, but primarily are utilize in spacecraft that occupies lower orbits, specifically, includes lower Earth orbit missions. A bus-originated satellite will be used as against to
09-26-2017 | Advertising, Media Consulting, …
REPORTSANDMARKETS
Satellite Antenna Market Report 2017
About Satellite Antenna Market Asia-Pacific Satellite Antenna market is valued at USD XX million in 2016 and is expected to reach USD XX million by the end of 2022, growing at a CAGR of XX% between 2016 and 2022. Access Full Report: https://www.reportsandmarkets.com/reports/asia-pacific-satellite-antenna-market-report-2017-1518695 Geographically, this report split Asia-Pacific into several key Regions, with sales (K Units), revenue (Million USD), market share and growth rate of Satellite Antenna for these regions, from 2012 to
09-25-2008 | Science & Education
Satellite Internet .cc
HughesNet Satellite Internet by Satellite-internet.cc
Hughes Network Systems, LLC, (HUGHES), the world's leading provider of broadband satellite networks and services, today announced that it has increased the speeds of three of its popular HughesNet® consumer service plans — Home, Pro and ProPlus — at the same low prices, giving new subscribers located beyond the reach of DSL or cable an even faster broadband connection. The increased speeds empower consumers to shop and purchase online effortlessly,
Comments about openPR
We publish our press releases on openPR.de because we like people who are "open" - just like us.
Frank Obels, CEO, INCONET - Informationssysteme, Communication und Netzwerkberatung GmbH