No Time to Read? Get Western Thrills on Audio 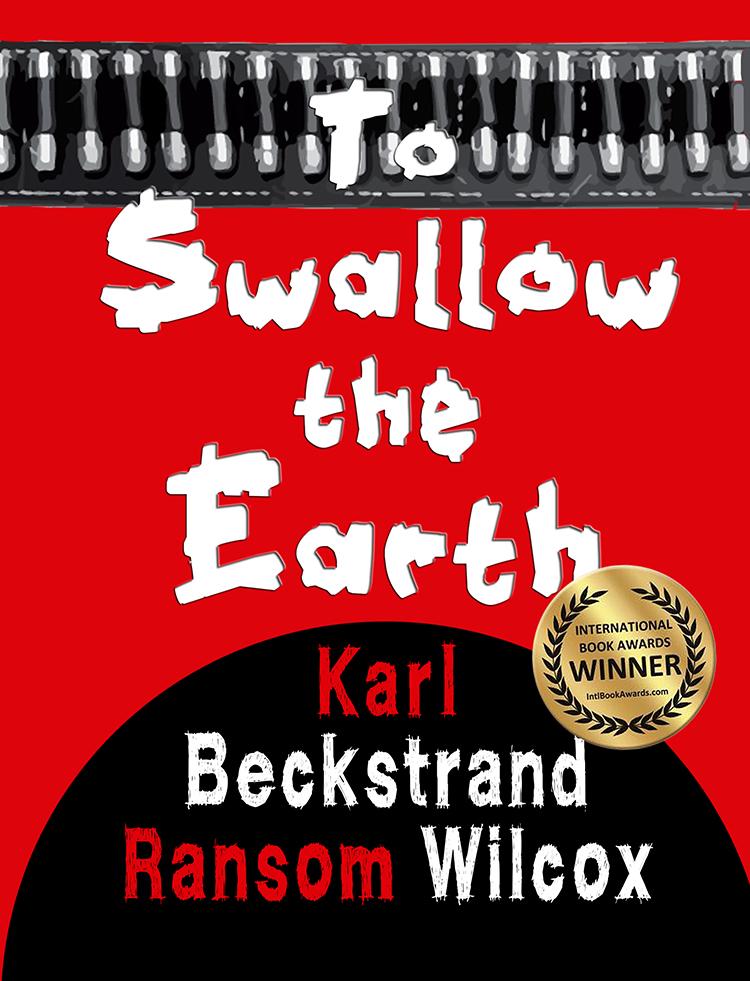 MIDVALE, Utah, Nov. 1, 2019 - What if you came home after a journey and your family was missing? What if someone else was living in your house, running what you used to manage — and trying to kill you? So begins the thriller “To Swallow the Earth,” which won an International Book Award for western novel.

“It’s really my grandfather’s story,” says co-author Karl Beckstrand of the fast-paced adventure book, now audiobook. “My grandfather grew up ranching and exploring the Sierra Nevada Mountains on horseback a hundred years ago. He used that setting for his western book — set in the Nevada silver rush,” Beckstrand said.

The book has been available in paperback for a couple of years. Now people with no time to read can listen to the audiobook as they drive or commute. Others may want the e-book on their phone.

After his grandfather passed away in 1992, Beckstrand inherited the manuscript. “My task was to tighten his story and develop the characters while preserving the action, suspense and earthy vernacular.” Narrator Jack Crenshaw deftly brings the magnetic characters to life in the audio version.

Beckstrand, who grew up in San Jose, California, has won other literary awards, but this one is special. “It kind of validates my grandfather’s vision — gives him a nod — even beyond the grave.” The thriller also was named a finalist for the Laramie Award and garnered Literary Classics’ seal of approval.

“It’s getting great online reviews,” Beckstrand said. “The main character is an outcast, half-Mexican, raised by American Indians. But he’s fearless and loyal to his friends and family.” In addition to a tough, dark hero, there’s a gutsy heroine — a woman who is unintimidated in the worst kinds of opposition. Beckstrand’s stories usually have characters of color and surprises at the end.

You can edit or delete your press release No Time to Read? Get Western Thrills on Audio here

08-23-2018 | Media & Telecommunications
Premio Publishing & Gozo Books, LLC
Multicultural Publisher Creates Ten Products from 1 Title
SALT LAKE CITY, Utah - When author Karl Beckstrand wrote “Great Cape o’ Colors – Capa de colores,” he didn’t plan on it becoming a model of multiplying products that any manufacturer or goods producer could emulate. “I just wanted a bilingual picture book to teach colors in Spanish or English,” he said. "Great Cape o’ Colors" is Beckstrand’s 20th book and sixth bilingual title. Because some buyers (parents, educators) prefer
05-18-2018 | Leisure, Entertainment, Miscel …
Premio Publishing & Gozo Books, LLC
Kids Prime for Language Learning and Jobs
MIDVALE, Utah - When Karl Beckstrand wrote his 20th book, “Great Cape o’ Colors – Capa de colores,” he didn’t plan on it being about careers. “I just wanted a Spanish-English picture book to teach colors to language learners,” he said. “I came up with different costumes that include capes — costumes kids might try at home,” said Beckstrand, whose books have diverse characters and language pronunciation guides. But after getting
10-19-2016 | Leisure, Entertainment, Miscel …
Premio Publishing & Gozo Books, LLC
Western Story Wins International Book Award
MIDVALE, Utah, Oct. 18, 2016 – What if you came home after a journey and your family was no longer there? What if someone else was living in your house, running what you used to manage — and trying to kill you? So begins the thriller “To Swallow the Earth,” which won this year’s International Book Award for western novel. “It’s really my grandfather’s story,” says co-author Karl Beckstrand. “My grandfather
02-20-2014 | Science & Education
Premio Publishing & Gozo Books, LLC
New Astronomy Picture Book Exposes Kids to Science
Feb. 16, 2014, MIDVALE, UT, USA – Want to expose kids to the night sky? A new picture book Bright Star, Night Star: An Astronomy Story sneaks a little space science into bedtime. A story about the starry skies, this children's book has activities for finding stars, constellations, planets and other heavenly bodies. Rich illustrations by Spanish artist Luis F. Sanz help identify new objects and words for children ages

01-25-2018 | Media & Telecommunications
KKN
The Best Self Help Book
The Self Help Book By Kris Kourtis. The Self Help Book is an Audio Book that provides real solutions to altering your life for the better. Kris Kourtis uncovers the real secrets to life. You will be able to change an are of your life that needs changing . From zero to hero. Lose weight Get Rich. Develop great intuition Find your gift. This is not a book of rules but rather an awakening Book
10-21-2016 | Advertising, Media Consulting, …
Still Beautiful The Color of Beauty
Great New Book
Still Beautiful “The Color of Beauty”: Powerful New Book of Poetry Spans Life’s Journey; Written as a ‘Companion’ for those Reaching Out to God & Loved Ones. It’s a window into a past that’s still with us today Written from the heart and experiences of Kevin Bates, ‘Still Beautiful’ fuses fun, family love, spiritual, emotional and thought-provoking poetry to guide readers through life’s triumphs and defeats. Built into three compelling sections, every
04-29-2011 | Arts & Culture
Black Hills Publications
The Whiskey Boys Book Release
Black Hills Publications: We are pleased to announce the publication of The Whiskey Boys by Jacqualyn Simmons. Charleston, South Carolina, United States of American April 28, 2011 -- A local native of Johns Island published “The Whiskey Boys”, a condensed collaboration about the events surrounding the whiskey insurrection commonly known as the whiskey rebellion. This book is a brief riveting account of heroism illustrated by President George Washington’s historical march
01-03-2011 | Politics, Law & Society
Ze'ev Shemer
Featured Book
FOR IMMEDIATE RELEASE Featured Book: ISRAEL AND THE PALESTINIAN NIGHTMARE By Ze’ev Shemer Published on December, 2010 iUniverse Publishing January 1st 2011 Israel and the Palestinian nightmare is not only a reliable reference book; it is a captivating description and review of the Arab-Israeli conflict. It offers an honest account of where Israel went wrong, covers facts relating to the origins of the nation of Israel and the profound effect that history has had
11-26-2010 | Associations & Organizations
Black Hills Publication
New Book Release
FOR IMMEDIATE RELEASE: November 25, 2010 Black Hills Publications We are pleased to announce the Publication of Missing Papa by Jacqualyn Simmons. Charleston, South Carolina, November 24, 2010 – A local native of Johns Island has published “Missing Papa”, a short story elaborating about the events on the Simmons family local farm. This book is a captivating short story and illustration about farm life on Johns Island in South Carolina. The author narrates about
08-25-2009 | IT, New Media & Software
FotoInsight Ltd.
FotoInsight's New Photo Paper Book Makes Book Bulge Disappear
Today FotoInsight launches a new version of FotoInsight Designer with new lines of photo albums on photographic paper, new features like fading frames and festive templates and the addition of Linux and Mac OS versions. Cambridge, 20 August 2009. - Europe's most popular photo book software is now also available for Linux and Mac OS. Against an ever growing number of photo book services, FotoInsight is increasing its technological lead with the
Comments about openPR
9 o'clock: discuss press release with client, 10 o'clock: submit release to openPR, within the briefest possible time release is published and displayed in a prominent place on openPR.de. I am thrilled!
Zehra Spindler, Calypso Now! - Communication Agency