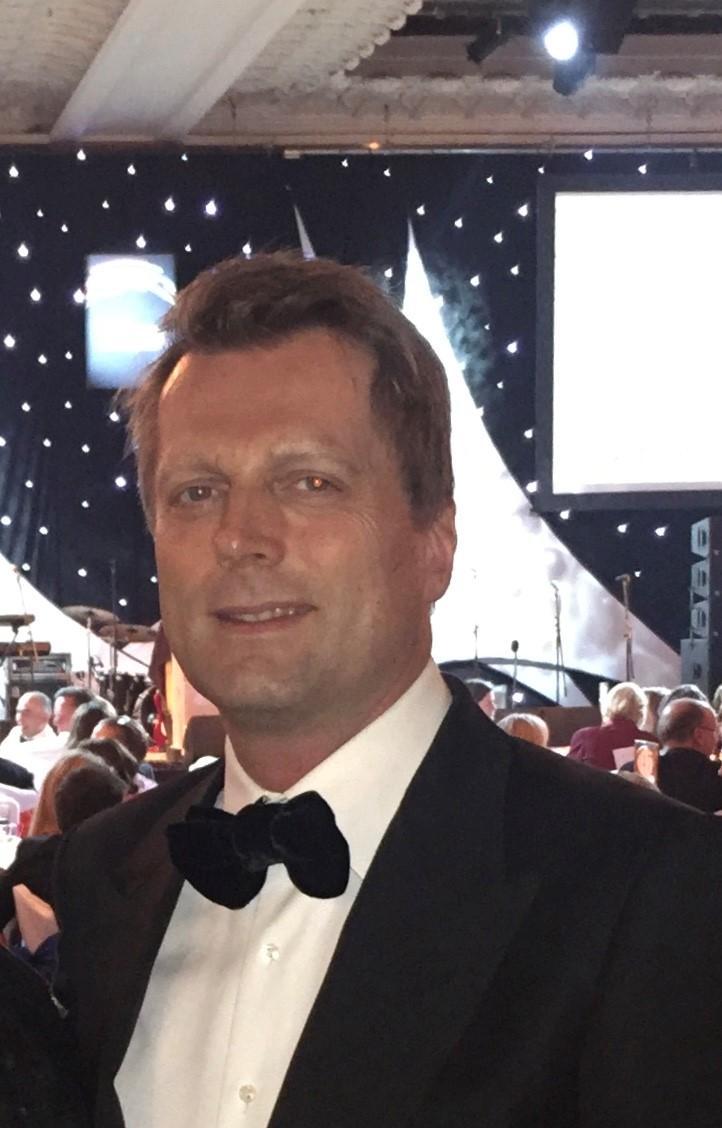 (LONDON) In the run up to unveiling his new venture in the infrastructure industry, Frederic Michel-Verdier attended the 2019 Europlace International Infrastructure Forum on Monday, October 7, 2019 in Paris. The event took place at Ministry for the Economy and Finance in the Pierre Mendès France Conference Center and is part of Paris Infraweek 2019. The inaugural conference is dedicated to “Infrastructure Quality” and is being hosted by Bruno Le Maire, Minister for Finance & Economy and is a landmark event for the industry. Attendees are expected from the infrastructure finance community globally, including international institutional investors, fund managers, lenders, arrangers, multilaterals as well as government and EU officials. Frederic Michel-Verdier, who has recently left his role as Executive Director at IFM Investors to pursue personal business interests has chosen the event to attend in the run up to unveiling his anticipated upcoming venture, which is due to be announced in the coming year. He commented: ‘I am delighted to see that the discussions focused on efficient and sustainable. Investments with the aim to improve people’s lives. Quality of Infrastructure is a key factor to meet global development and environmental challenges in developed and emerging countries as well.”On Twitter, his tweet announcing his attendance at Infraweek Paris was shared over 250 times with attendees tweeting:‘Great to have you attending the event’’ @danieldulakeFrederic Michel-Verdier is a Funds veteran specializing in infrastructure equity investments and asset management. Michel-Verdier has over 15 years’ experience in large scale Equity Investments and Asset Management of Global Infrastructure assets. He has deployed in excess of $2.5bn equity in the utilities and transport sectors in the last 18 months. He has also held the position of Vice-Chairman of Veolia Polska for ten years. As Executive Director, Frederic Michel-Verdier has been “instrumental in developing the London office through strategic relationships and partnerships”, an IFM spokesperson said. Frederic Michel-Verdier was lead partner on its acquisition in May this year of a 30% stake in the Deep Container Terminal Gdansk in Poland from Macquarie, alongside PSA International and the Polish Development Fund. He also led the acquisition of FCC Aqualia, the Spanish water management company in which IFM acquired a 49% from FCC last year for €1.0 billion. In 2017 he advised on IFM’s acquisition of a 40% stake in Mersin International Port, later joining the Turkish company’s board.Simon Leigh simon@purereputation.co.uk2, Eastbourne Terrace Paddington W26LGFrederic Michel-Verdier is a Funds veteran in infrastructure equity investments and asset management. In the run up to unveiling his next venture he has attended Paris Infraweek 2019.

09-30-2020 | IT, New Media & Software
Black Dog Venture Partners
Black Dog Venture Partners Acquires a 50% Stake in Restaurant Ordering Applicati …
Scott Kelly to assume role of CEO. Company to relocate to Arizona. Phoenix, AZ (USA) | September 29, 2020 -- Black Dog Venture Partners announced that it has acquired a 50% stake in Canadian based, OnPlate Technologies. OnPlate is a one-of-a-kind concierge, waiter, menu and payment processor, all wrapped into one easy-to-use app. Black Dog Founder, Scott Kelly will assume the role of CEO and the company plans to move its
02-13-2019 | Associations & Organizations
Verified Market Research
U.S. Outplacement Services Market Prospects Outlook Analysis, Size, Share, Growt …
Verified Market Research The "Worldwide U.S. Outplacement Services Market Analysis to 2025" is a specific and inside and out investigation of U.S. Outplacement Services industry with an emphasis on the worldwide market pattern. The report expects to give a diagram of Global U.S. Outplacement Services Market alongside nitty gritty division of market by applications, end-clients and five noteworthy land locales. The report gives key insights available status of the vital market
10-30-2018 | Energy & Environment
Lahmeyer International GmbH
Changes at Tractebel Engineering S.A. in Dubai
Thomas Shaw-Dunn and Frederic Arnaud have taken over the management of Tractebel Engineering in Dubai. The long-standing Managing Director Alain Vannerum will leave the company with effect from 31 December 2018. Until then he will support the new management to allow a smooth transition process. We would like to thank Alain for his valuable contributions to build the business in the Middle East and wish him all the best for
06-06-2017 | Business, Economy, Finances, B …
Veda Informatics Pvt. Ltd.
Rakesh Wadhwa to Present at the 10th Anniversary of FreedomFest at Vegas
New Delhi, India, June 5, 2017: Winner of the Frederic Bastiat award for journalism and chairman of companies in both India and Dubai, Rakesh Wadhwa has been invited to speak at FreedomFest, scheduled to be held on July 19-22, 2017. Mr. Wadhwa is to speak on “Currency Ban, Beef Ban, Alcohol Ban. Doing Business in the Current Indian Environment.” Being held for the 10th year in a row, FreedomFest aims to
08-25-2016 | Fashion, Lifestyle, Trends
American Liver Foundation
Second Annual Flavors of Miami Culinary Gala Features Top Local Chefs
WHAT: The American Liver Foundation’s second annual Flavors of Miami is a culinary experience that goes beyond the traditional gala, providing guests with the unique experience of having a top local chef prepare a multi-course dinner tableside. This sold out event showcases the signature dishes of Miami’s culinary experts and takes guests beyond the usual restaurant fare. Unleash your
09-05-2013 | Business, Economy, Finances, B …
PTOLEMUS Consulting Group
Usage-based Insurance Global Study 2013 previewed at Chicago’s Insurance Telem …
As the US insurance industry meets in Chicago on September 5-6, PTOLEMUS announces it will offer an exclusive preview of the UBI Global Study at the show. PTOLEMUS, an international consulting firm recognised as the go-to source of information on UBI, is announcing the launch of the 2013 edition of its Usage-based Insurance (UBI) Study. Previewed at the world's largest conference on insurance telematics, the hefty 720-page study is by far the
Comments about openPR
OpenPR is clearly structured and remains true to its principle of confining itself to the essential parts. OpenPR has proven to be a very good and reliable partner to our media agency: Within the shortest time the releases are online and go down well with the media representatives. The success of OpenPR is reflected in the steadily increasing number of press releases. It is good that OpenPR exists!
Ursula Koslik, Director Marketing & PR, F+W Hamburg