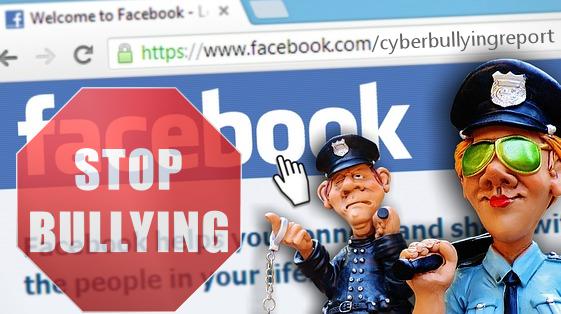 An anti-cyberbullying website that empowers victims by helping them tell their stories is back online just in time for National Cyber Security Awareness Month. CyberbullyingReport.com provides an online publishing service where anyone that signs up for a no cost membership and verifies their email address can instantly become an anti-cyberbullying journalist. The website caters mostly to people that have been harassed on social media and complaints websites with the caveat that they can now post complaints of their own about the people that blasted them. Often those reports result in an online profile of the aggressor like what they created about the victim but with the truth about them instead of lies about the victim.October has been National Cyber Security Awareness Month (NCSAM) since it was launched in 2004 by the U.S. Department of Homeland Security and the National Cyber Security Alliance. The purpose of the month is to raise awareness about the importance of cyber security. CyberbullyingReport.com was started by the owner of other complaints websites after users were asking him to add comments to profiles that he had posted of people that had abused those websites. Often that abuse was in the form of reports falsely accusing people of various wrongdoings, but he did not want to post their comments himself. Instead he gave them an identical service for exposing the people that had abused his other services to abuse them and opened it up to anyone that had suffered similar abuse online. The website is promoted as a useful tool that can be leveraged against people that are bullying by calling them out and offering to stop when they do. CyberbullyingReport.com is now back online just as it appeared on June 24, 2012 when something bad happened to the owner and the site went down due to him being physically unable to pay the hosting bill.For more information visit:Cyberbullying Report: Anti-Bullying and Internet Safety Services https://cyberbullyingreport.comP.O. Box 86653 Portland, OR 97286Cyberbullying Report is an online service dedicated to empowering bullying victims by giving them a voice.

02-07-2019 | Industry, Real Estate & Constr …
Global Cyber Security Market
Global Cyber Security Market
Global Cyber Security Market – Global Industry Analysis and Forecast (2017-2026) – by Component, Organization Size, Deployment Mode, Security Type, Industry, and Geography Global Cyber Security Market was around US$ 92.7 Bn in 2017 and is expected to grow at a CAGR of around 10.81% in the forecast period of 2018-2026. The cyber security market is by segmented component, organization size, deployment mode, security type, industry, and region. In terms of component,
01-17-2019 | IT, New Media & Software
CRIF Decision Solutions
Cyber Check: Cyber Risk Screening for SMEs
CRIF Decision Solutions has launched Cyber Check (powered by KYND's cyber risk technology) to provide small and medium size enterprises [SMEs] with an economically viable service to allow them to rapidly identify their cyber risk vulnerabilities. Available as a one off assessment or regular monitoring, Cyber Check undertakes immediate screening and instantly provides a report detailing the company's cyber risk exposure. The service is quick and easy to use and IT
04-23-2018 | Advertising, Media Consulting, …
ReportsWeb
Government Cyber Security
Research analysis on the government cyber security market in the US identifies that the adoption of the hybrid deployment model for cyber solutions will be one of the major factors that will have a positive impact on the growth of the market. This model helps to overcome the issues that are prevalent in traditional deployment models. The adoption of hybrid deployment model lowers the total cost of ownership by ensuring
03-08-2018 | IT, New Media & Software
Vistar Communications
SonicWall Cyber Threat Report Illustrates Intense Cyber Arms Race
onicWall, the trusted security partner protecting more than 1 million networks worldwide, announces research and intelligence from its 2018 Cyber Threat Report. In sum, the company recorded 9.32 billion malware attacks in 2017 and saw more than 12,500 new Common Vulnerabilities and Exposures (CVE) reported for the year. “The cyber arms race affects every government, business, organization and individual. It cannot be won by any one of us,” said SonicWall, CEO,
12-19-2017 | Business, Economy, Finances, B …
ReportsWeb
UK Cyber Insurance 2017
ReportsWeb.com published “Cyber Insurance Market” from its database. The report covers the market landscape and its growth prospects over the coming years. The report also includes a discussion of the key vendors operating in this market. "UK Cyber Insurance 2017" discusses the growing need for cyber insurance and highlights product uptake among UK businesses. It explores how cyber insurance fits within a commercial insurance portfolio and examines the products offered by
04-27-2017 | Advertising, Media Consulting, …
Marketresearchnreports
CYBER SECURITY MARKET
Cyber Security Market is expected to garner $198 billion by 2022, registering a CAGR of 15.5 % during the forecast period 2016 - 2022. The cyber security market includes solutions such as security incident management, Unified Threat Management (UTM), risk and compliance management, and Identity and Access Management (IAM) that enable organizations to secure infrastructure and data from harmful cyber threats and vulnerabilities. Increase in adoption of mobile devices, and
Comments about openPR
We publish our press releases on openPR.de because we like people who are "open" - just like us.
Frank Obels, CEO, INCONET - Informationssysteme, Communication und Netzwerkberatung GmbH