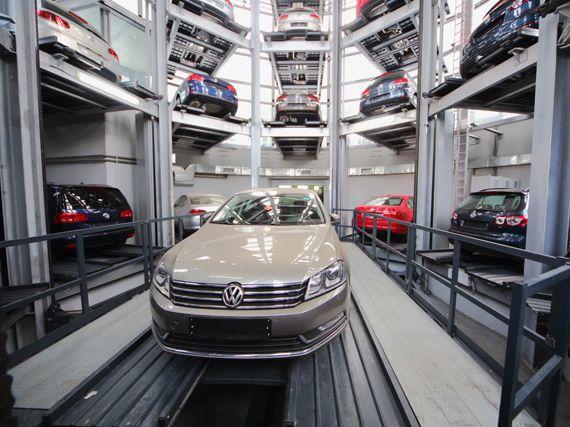 Crowdsourced smart parking is a system that helps drivers to identify parking spots via smartphones or electronic street panels. This system provides data regarding unoccupied parking spaces available for parking, which is helpful for avoiding congestion on-street as well as off-street. This system can be installed in public places such as shopping malls, airports, hospitals, office buildings, and residential communities among others. The goal of the system is to automate and decrease time spent on manually searching for a parking spot.Request sample copy here @ https://www.coherentmarketinsights.com/insight/request-sample/1863Growing concern for parking along with increasing adoption of vehicles are factors driving growth of the marketMajor factors driving growth of the crowdsourced smart parking market include increasing demand for vehicles, globally. For instance, according to International Organization of Motor Vehicle Manufacturers statistics (OICA), the total number of vehicles sold in 2016 was 94 million units, which increased to 96 million units in 2017, globally. Rising adoption of vehicles is resulting in high traffic congestion, which in turn, is increasing the demand for crowdsourced smart parking to ease traffic congestion, which further helps save the time, cost, and fuel. The adoption of crowdsourced smart parking systems helps users in determining the available parking spaces and reserving the spot in advance, reducing the time required to avail parking and reduces human error in parking.Moreover, increasing number of smart city projects is further increasing the demand for crowdsourced smart parking market over the following few years. For instance, according to the Coherent Market Insights’ analysis, in 2016, the number of smart city projects in Europe accounted for 86, followed by Asia Pacific with 79, and North America with 49. This in turn, is expected to propel growth of the crowdsourced smear parking market during the forecasted period.However, the major restraint for the market growth is the slow growth of infrastructure, especially in emerging economies such as India and China, among others, owing to high cost of installation. Global Crowd sourced Smart Parking Market: Segment TrendsOn the basis of applications, the commercial use segment accounted for the largest market share of the global crowdsourced smart parking market in 2017. This growth is attributed to the rising number of shopping malls, large commercial hubs, and sports entertainment hubs being constructed in the region. For instance, according to Coherent Market Insights’ analysis, in 2016, the number of shopping malls in Germany was 474, which increased to 482 in 2017. Public place require appropriate parking of a large number of vehicles to avoid congestion. In such situations, crowdsourced smart parking solutions provide directions and accuracy to the drivers for parking vehicles. This in turn, is expected to propel growth of the commercial use segment.Global Crowdsourced Smart Parking Market: Regional InsightsThe market for crowdsourced smart parking in North America accounted for largest share in the global market in 2017. The U.S. and Canada are the major growth engine in the market in North America, owing to the increasing sales of vehicles in these countries. For instance, according to the OICA (International Organization of Motor Vehicle Manufacturers), the total vehicle sales of passenger cars in the U.S. was 7.5 million in 2013, which increased to 7.6 million in 2014. Similarly, in Canada, the total sales of passenger cars was 755 thousand units in 2013, which increased to 760 thousand units in 2014. The increasing adoption of vehicles in turn, is expected to increase the demand for high-end automation solutions and software for managing parking payments and guidance.Moreover, increasing government initiative towards solving problems related to traffic congestion is further expected to boost the implementation of crowdsourced smart parking system across streets. For instance, the America's Surface Transportation Act or "FAST Act" was implemented in 2015 to solve road traffic congestion issues, enhance transportation within the country, improve working efficiencies in transportation systems and commercial vehicles, and minimize vehicle emissions. This in turn, is expected to fuel growth of the crowdsourced smart parking market in North America.Asia Pacific market is expected to exhibit highest CAGR over the forecast period due to increasing deployment of smart city and smart infrastructure projects in this region. China, Japan, India, and South Korea are the major growth engines in the region. For instance, in 2015, the Government of India announced plans to develop 100 smart cities by using smart technology to improve the efficiency of services and meet the needs pf citizens. This in turn, is expected to boost growth of the market in this region.Global Crowdsourced Smart Parking Market: Competitive LandscapeMajor players operating in the global crowdsourced smart parking market include 3M, Amano Corporation, Cubic Corporation, Thales Group, Kapsch TrafficCom AG, Nortech Control Systems Limited, Siemens Swarco AG, Fujica, Imtech, and Xerox Corporation.Ask query @ https://www.coherentmarketinsights.com/insight/talk-to-analyst/1863Key players in this market are adopting inorganic strategies such as mergers and acquisitions to strengthen their foothold in the global market. For instance, in December 2016, Kapsch TrafficCom AG acquired Schneider Electric transportation business to help Kapsch TrafficCom AG expand its portfolio of intelligent transportation management solutions, which in turn helps the company gain a competitive edge in the global market.Contact Us: Mr. Shah Coherent Market Insights 1001 4th Ave, #3200 Seattle, WA 98154 Tel: +1-206-701-6702 Email: sales@coherentmarketinsights.comAbout Coherent Market Insights: Coherent Market Insights is a prominent market research and consulting firm offering action-ready syndicated research reports, custom market analysis, consulting services, and competitive analysis through various recommendations related to emerging market trends, technologies, and potential absolute dollar opportunity.