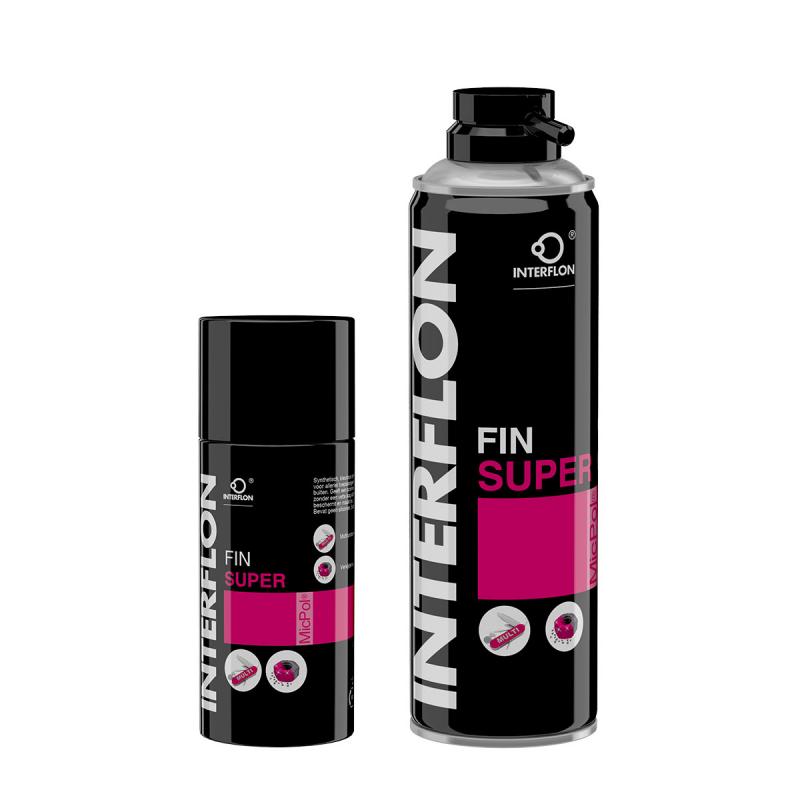 FOR IMMEDIATE RELEASESWANTON, VT--Interflon USA announces that its all-purpose lubricant, Fin Super with MicPol, has completed independent laboratory testing for firearms residue removal, and has been found to remove 98.7% of all firearms residue, far surpassing the minimum standard of 40%. The testing was done in a laboratory accredited by the Department of Defense.The result means that Fin Super can now be designated as a CLP (cleans, lubricates, protects) oil, and can be used on both small and large weapons to clean as well as lubricate them."This makes it a lot easier for gun owners, because they only have to buy one product now, whereas before they might have had to buy a solvent, an oil, and other chemicals," says Otto Oosterwiijk, president of Interflon USA. "Fin Super will clean, lubricate, and protect from moisture and dirt all at the same time."Fin Super works by penetrating into microscopic spaces, then adhering to surfaces by virtue of its negative polarity. MicPol, Interflon's signature ingredient, creates the lowest possible friction, just above that of wet ice. It also repels both water and dirt particles, so firearms will remain rust-free for much longer than when traditional gun oils are applied. They will also be less prone to jamming, because Fin Super will not collect dirt particles the way other gun oils do.Fin Super also contains detergents that help it clean effectively."Fin Super is already widely used by NATO forces and police agencies throughout western Europe," says Oosterwiijk. "It's especially good for use in very wet or dirty environments, when firearms tend to jam the most."Oosterwiijk says that Fin Super is already being used by American military and police departments, and early feedback is very positive."There is really nothing else like it on the market," he says. "We have a unique product that does a fantastic job. We see it being widely adopted by American military and law enforcement, as well as private gun owners."Fin Super dries to a clear, solid film within minutes of application. This eliminates the greasy, slippery feel that firearms have after traditional lubrication.Because Fin Super is an all-purpose lubricant, it also has hundreds of other uses throughout industry, at home, and in the workplace.Fin Super is available by calling (877) FIN-LUBE or by ordering from Amazon.com.--30--Interflon USA, Inc. 555 Route 78, Suite 403 Swanton, Vermont 05488 USA Contact: William Kowalski wkowalski@interflon.comInterflon USA manufactures high-quality specialized lubricants for use throughout industry and in food processing. Established in Holland in 1980, Interflon products are now available in over 50 countries. Visit them at interflonusa.com.