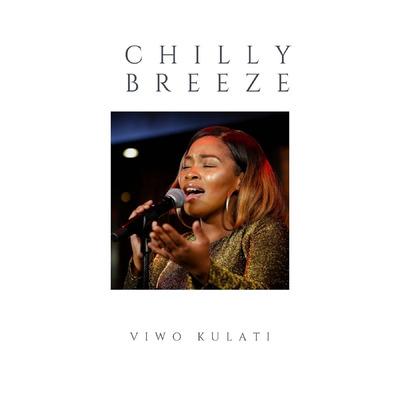 Born and bred in the "The Creative City" Grahamstown in the Eastern Cape, She hopes to show a side of relationships that often goes unnoticed with her new single titled Chilly Breeze. The single is available on iTunes, Spotify and all digital platforms.This is her perspective."The lyrical content of love songs I've heard growing up speak about how a girl loves their guy, how a guy hurt their girl or how sorry a guy is for hurting their girl. So chilly breeze is showing the other side of things, how women can also be in the wrong in relationships. The song has soul & jazz influence which you can hear a lot in the voice, keyboard & also African influence which is very apparent in the Bassline of the song," says Viwo.Although this is Vivo's debut single, she's been immensely involved in the music industry, especially in the jazz genre as a frequent at the annual Grahamstown National Arts Festival. She says the festival drew her closer to music and the arts at a very young age.Viwo is one of the many few artists that's been involved in musical activities at school where she later took music and classical voice at Victoria Girls High School. That explains why she's pursued to study Jazz music at Wits University. And if she's not studying, Viwo is either doing one of the three, teaching, rehearsing, or getting ready for a performance."I'm usually very calm before a performance actually, the anxiety for me always comes afterwards especially when I get home & I start reflecting on what happened on stage," says the talented Jazz vocalist and songwriter.Viwo's mature stage presence, powerful and crystal clear voice has gained her experience as a performer having shared stages with Thandiswa Mazwai, and The Brothers Move on. She has also performed alongside the amazingly talented Dumza Maswana at the Annual Grahamstown National Arts Festival.She notes The Orbit: Home of Jazz in Johannesburg as one of her ultimate favourite stages that shaped her career in jazz music. She says the performance venue in Braamfontein, which has closed down, helped grow her songs. And that the venue just really inspired her.She shares that her creative process when it comes to making music is that of simplicity, “so when I have an idea I usually just pencil down the lyrics of the song with a either a solid verse or chorus, then I work on the song structure with my friend Josh Mokoena. Or I come arrive with a fully complete song & Josh & I re- imagine it. I think the way I write is quite straightforward I don't ever try to complicate it."With inspirations like Anita Baker, who she says she grew up listening to, much like the songstress, Viwo's new single is influenced not only by jazz and R&B, but also traditional African music which is apparent in the song's baseline.This power-house is in search of her identity as a singer and a Performer. She is surely one to watch out for. Follow her on her social media pages to keep up with this songstress.Link to video: https://youtu.be/LOpSle3bF1Y Twitter: @Viwo_K Facebook: Viwo Kulati Instagram: Viwo Kulati139 Oakmont, Jackal Creek Golf EstateMarcomm Group PTY (LTD) is a South African 100% Black owned Digital Marketing and Communications agency. Our primary focus is to assist our clients to grow their businesses through story telling.What we OfferContent CurationDigital MarketingSocial Media Management and Strategy DevelopmentOnline AdsGraphic design,Public relations and CommunicationsSocial Media Training