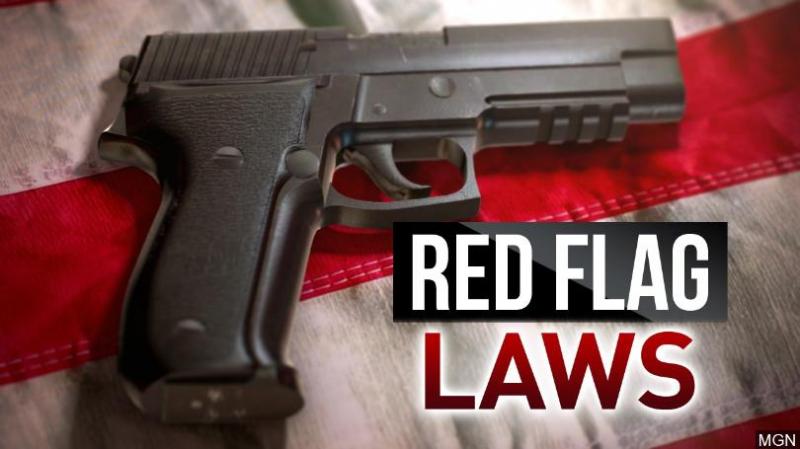 California "Red Flag" bill, AB 61 (Ting) expected for a vote in the Senate within days and would violate privacy and due process r

SACRAMENTO, CA, UNITED STATES, September 3, 2019 /EINPresswire.com/ -- California “Red Flag” Gun Bill to be Voted on in the Upcoming Weeks; Chills Free Speech, Violates Privacy, Due Process, and Cannabis RightsA leading civil liberties organization in Sacramento, the California Civil Liberties Advocacy (CCLA), has exposed fundamental flaws in Assembly Bill 61 (AB 61), proposed by Assemblyman Phil Ting. AB 61 seeks to empower coworkers and employers to file a Gun Violence Restraining Order (GVRO) against anyone suspected of being a possible harm to themselves or others.The CCLA strongly opposes this bill, believing that it will not improve public safety, but will instead increase civil rights violations. They strongly believe that the legislation will lead to suppression of political speech, the constitutional guarantees of due process, and protections against unreasonable search and seizure, since gun owners will have no notice before law enforcement comes to their home to enforce the order.Additionally, the CCLA claims that cannabis users could be open to criminal prosecution under federal law if cannabis is found under the “plain view” doctrine while officers search the home for weapons. Cannabis is still a Schedule I drug and being in possession of both cannabis and a firearm can result in up to ten years in prison. Additionally, when state-legal cannabis users apply to purchase a firearm, ATF Form 4473 asks if the applicant is an “unlawful user of, or addicted to, marijuana.” Although the Trump administration has declined to prosecute cannabis users for possession, that policy could change at any time, and if a cannabis user answers falsely on ATF Form 4473, they could still be prosecuted for perjury.CCLA President Jeremy Hinkson had this to say, “While our organization is firmly in favor of gun control, it cannot be done at the expense of civil rights. Benjamin Franklin has been quoted as saying, ‘Those who would give up essential liberty to purchase a little temporary safety deserve neither liberty nor safety.’ In this case, the liberty would be gone and the safety would be questionable at best.”The CCLA also fears that AB 61 will legitimize and encourage “swatting,” a form of retaliation in which someone makes a false report to the authorities in order to induce a SWAT team to respond to the another person’s address. In a dispute that arose between online video gamers in Kansas, a man who was not related to the dispute was killed when one of the players, attempting to “swat” the other, gave police the wrong address and 28-year-old David Finch was accidentally shot and killed by police. A similar incident happened to Parkland shooting survivor and gun control activist David Hogg in 2018; thankfully, Mr. Hogg was not home and the incident ended without injury.The CCLA believes that the language in AB61 is overbroad, and that gun owners and cannabis users may be afraid to voice their political opinions for fear of frivolous ex parte Gun Violence Restraining Orders being issued against them.###Jeremy Hinkson, President 1017 L Street No. 791 Sacramento, CA 95814 (916) 426-9338, ext. 511 j.hinkson@caliberty.netThe California Civil Liberties Advocacy (CCLA) is a 501(c)(4) nonprofit advocacy group founded in 2012 to defend and advance the personal rights and freedoms of people in the Golden State.

News-ID: 1829582 • Views: 642
Comments about openPR
Your portal is fast, simple, and easy to use. Others may have more functions but they also demand more editing time, you have to preformat the text in order to achieve a good result etc. I think openPR is really fantastic!
Andreas Knepper, wallmedien AG