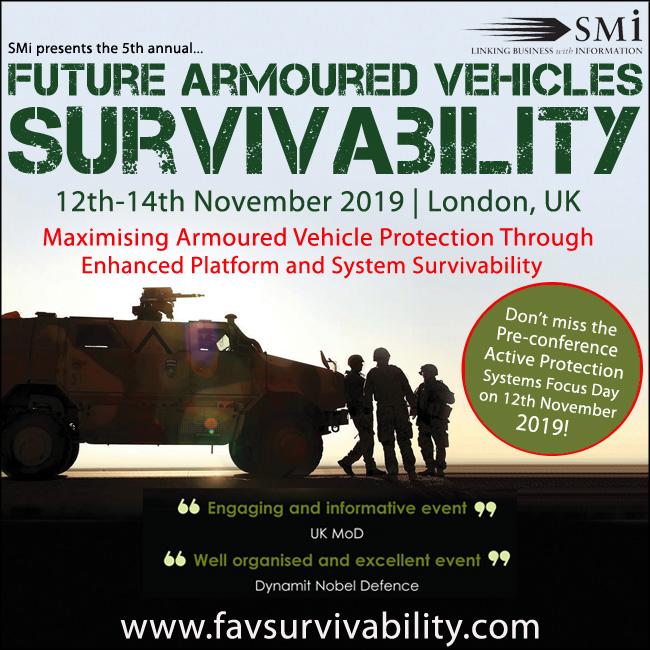 05-11-2020 | Associations & Organizations
SMi Group
Dates Announced for Defence Safety Conference 2020
SMi Group's Defence Safety Conference will return to London for its third year on 5th - 6th October 2020. Supported by the UK MoD Defence Safety Authority, this event will explore the safe delivery of defence capabilities across the land, air and maritime domains to provide a holistic overview of safety within the military. As the only event dedicated to defence safety, this conference is a global meeting point for the
08-14-2018 | IT, New Media & Software
Transparency Market Research
Defence Equipment Packaging Market
Global Defence Equipment Packaging Market: Overview The global defence industry has undergone significant transformation in the past few decades. The dynamic nature of the defence industry can be determined from the fact that defence electronics become obsolete in a matter of years. Defence electronics comprises all the sophisticated systems integrated with tactical equipment. It is anticipated that the advent of modern technology, coupled with rapid progress of R&D teams across the
11-15-2017 | Logistics & Transport
SMi Group
SMi’s Defence Logistics (CEE) – New Speakers & Updates
Join the world's leading military logisticians at Defence Logistics Central and Eastern Europe in Prague this March, to hear updates on enhancing multinational logistics collaboration for regional collective defence. This highly anticipated two-day event will focus specifically on regional logistics operations, joint interoperability, and strategy optimisation, covering a blend of: transport, supply chain and MRO management, medical logistic operations, lifecycle management, C2, and much more. www.defence-logistics.eu/opr SMi are delighted to welcome
10-26-2017 | Logistics & Transport
SMi Group
Introducing the 3rd Annual Defence Logistics 2018
SMi Group are proud to announce the third annual Defence Logistics Central and Eastern Europe conference, to be held in Prague from the 6th – 7th March, 2018. www.defence-logistics.eu/opr Based on the success of our previous two defence logistics conferences, which were supported by the Czech Armed Forces, we aim to enable senior logistics and combat service support representatives from regional militaries, international defence organisations, and commercial entities to share and
06-05-2017 | Business, Economy, Finances, B …
ReportsWorldwide
Defence Equipment Market & Manufacturing in India 2017
ReportsWorldwide has announced the addition of a new report title Defence Equipment Market & Manufacturing in India 2017 to its growing collection of premium market research reports. Although, India is among the top ten military spenders in the world. However, unlike other geographies which have large defence industries to support their domestic needs , Indian requirements are primarily met by government players into the domain and imports. With importing nearly USD 5.5
04-25-2017 | Politics, Law & Society
SMi Group
Defence Exports 2017 : A spotlight on Italy
SMi's Defence Exports 2017 Conference moves to Rome with support from the Ministry of Foreign Affairs and International Cooperation, Ministry of Economic Development and Leonardo. As Italy continues to become a key player in the global arms trade, SMi Group’s 12th annual Defence Exports will take place in Rome on the 27th and 28th of September. Bringing insights and support from high-level representatives of government and industry on best practices
Comments about openPR
OpenPR is clearly structured and remains true to its principle of confining itself to the essential parts. OpenPR has proven to be a very good and reliable partner to our media agency: Within the shortest time the releases are online and go down well with the media representatives. The success of OpenPR is reflected in the steadily increasing number of press releases. It is good that OpenPR exists!
Ursula Koslik, Director Marketing & PR, F+W Hamburg