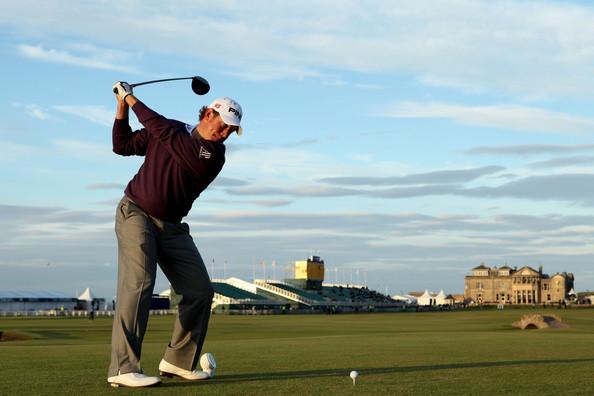 Rory McIlroy became the youngest US Open champion since 1923 last week, breaking a host of scoring records in the process. Golf fans have the chance to watch him in action first-hand in less than a month as he sets his sights on the British Open Golf Championship at Royal St George’s. McIlroy shot to the forefront of everyone’s minds recently after his eight-stroke record win at the Open on Sunday 19th June. He is now tipped as favourite to win the British Open Golf Championship over Tiger Woods. The 22-year-old sports star has also risen in the odds to win the BBC’s Sports Personality of the Year in December. Golfing fans who want to watch McIlroy in action can combine the British Open Championships on 14th – 17th July 2011 with a luxury journey on the Orient Express – an exclusive package being offered by Events International.The oldest and arguably the most prestigious of golf’s four majors, the championship is being held at the Royal St George’s in Kent for the first time since 2003. Packages on the Orient Express from London Victoria to this remote location cost from only £299 per person (plus VAT) and are available on both Friday 15th and Sunday 17th July.Guests will enjoy a three-course Bellini brunch, a three-course dinner with wine, coffee, transfers, admission tickets, an individual course guide and VIP hostess assistance.For more information call Events International on 01432 263263 or visit www.eventsinternational.co.uk- Ends – 28th June, 2011Note to Editors: With over 25 years experience, Events International is one of the UK’s leading corporate hospitality companies and is an Official Hospitality Supplier to the Rugby Football Union (RFU) Twickenham, Welsh Rugby Union, Royal Ascot, the Cheltenham National Hunt Festival and the F1 British Grand Prix at Silverstone.For Further Information Please Contact: Lucy Flew, Sport Division PR Executive Tel: 07960 021719 or 020 8971 2968 Email: lucy.flew@tuiactivitypr.com Tuition House 27-37 St George's Road London SW19 4EU

07-20-2020 | Arts & Culture
Skye Cooper
Hello World|Open Eyes
Hello World|Open Eyes is an electronic rock EP and the debut release from the trans artist Skye Cooper. The Ep is the cumulation of psychedelic experiences, heartache and frustration experienced during an extremely adventurous life and career. A self produced passion project that cuts against the grain of popular music trends in an attempt to create art that reaches deep truths in the human experience. Skye is different, the music
08-10-2018 | Business, Economy, Finances, B …
Orbis Research
Open Banking-Thematic Research
Regulatory and technological developments are driving the introduction of open banking, where consumers will have the power to grant third parties the right to access their account and transaction data. Banks that embrace the concept will be able to become one-stop shops for the best products on the market, crowdsource the development of new services, and generate revenue by selling access to their data and capabilities. The
06-20-2018 | Leisure, Entertainment, Miscel …
G & P Concrete, LLC
Independence Open Golf Tournament
G & P Concrete, LLC is proud to be a sponsor at this community event! Join the Troy Chamber for our 2nd Annual Independence Open Golf Tournament on Friday, July 13th at Woods Fort Golf Course, Troy, Missouri 63379. Sponsored by Peoples Bank & Trust! Golf Tournaments are always a fun time and you can show off your skills and maybe even win a prize or two! Lunch @ 11:30 am Tee-off @ 1
12-16-2016 | Business, Economy, Finances, B …
ZMR
Easy Open Packaging Market
Global Easy Open Packaging Market: Overview Easy open packaging comes under flexible packaging usually design for easy opening with no extra physical strength. Flexible packaging industry focuses on the product convenience to attract a large number of people. In such a harsh competition, vendors have to choose better option fit to consumer need and convenience. Easy open packaging provides advantages such as easy to use and it is also recyclable. Request Free
03-17-2016 | Leisure, Entertainment, Miscel …
Ticketsasa Kenya
Open Cashflow 101 Session
A session to simulate effects to your financial status based on decisions you make over time. Cashflow 101/202/kids are board games that were developed by Robert Kiyosaki, the author of the Rich Dad Poor Dad book series, with the intention of providing those who have read his books with a way to practice the skills he advocates. The board games allow you to test the principles in a rapidly
01-06-2011 | Industry, Real Estate & Constr …
On Call Electric LLC
Open For Business!!
20 percent off labor cost when you book in January for February On Call Electric is located in Fort Collins, and serves the northern front range. We are dedicated to providing customers with a time and cost efficient solution to any electrical needs. Residential or Commercial, High voltage or Communications. From adding an outlet to any size new construction. On Call Electric LLC 2204 Mathews Unit C Fort Collins, Co 80525
Comments about openPR
9 o'clock: discuss press release with client, 10 o'clock: submit release to openPR, within the briefest possible time release is published and displayed in a prominent place on openPR.de. I am thrilled!
Zehra Spindler, Calypso Now! - Communication Agency