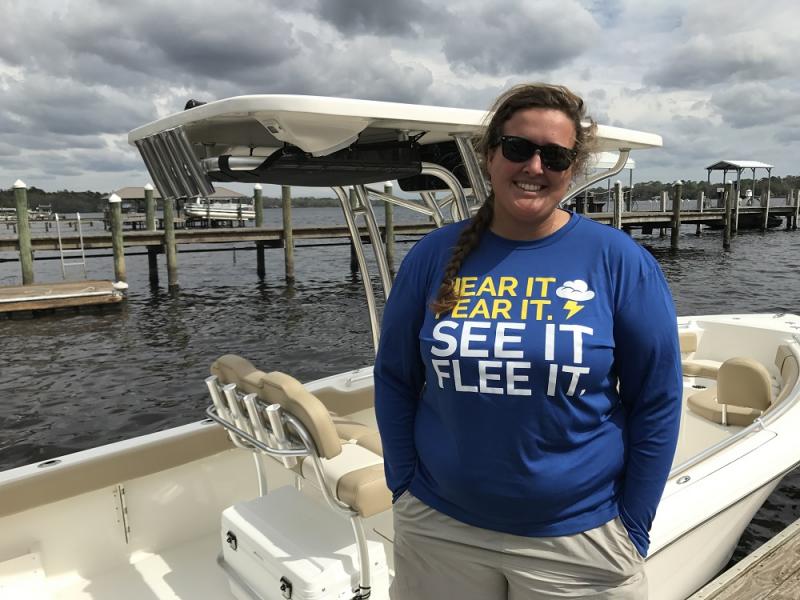 Jacksonville, Fla., July 22, 2019 – Freedom Boat Club Jacksonville is pleased to announce that Kloe Thompson has been promoted to director of club operations. Thompson, who has been a loyal employee of the club since 2013, will now directly oversee the day to day operations of the franchise locations in Jacksonville, Jacksonville Beach and St. Augustine.“We couldn’t think of a better person to fill this role than Kloe,” said Lisa Almeida, co-owner of Freedom Boat Club Jacksonville. “She has been an integral part of our expansion and success. Since she first started with us as a dock hand, she has shown her passion for this business. She is a true asset to us and is loved by all of our Freedom Boat Club members.” Thompson’s duties in the new role will include the hiring and training of all new crew members, scheduling of dock members and she will serve as the liaison between the dock and maintenance crew. She will be in charge of scheduling the maintenance staff for repairs, servicing and painting of the club’s boats and will also work directly with Freedom Boat Club members on the reservation system, club processes and billing.“I am honored that Lisa and Kevin (Seelig, FBC Jacksonville co-owner) have confidence in my abilities and I am thrilled to take on this new role,” said Thompson. “I know it comes with a lot more responsibilities, but I am up to the challenge. I really enjoy working directly with the members and look forward to sharing my love of working on the water with the rest of the crew.” Thompson is a graduate of the University of North Florida where she majored in physics. She began working at a marina while in high school and six months later was hired by Freedom Boat Club Jacksonville. Almeida said Thompson learned the job quickly and took on a leadership role on the dock with her peers. She was promoted to director of dock operations in 2017 and has been working closely with Almeida and Seelig to learn all aspects of the business.Freedom Boat Club 2315 Beach Blvd. Jacksonville, FL 32250 Media Contact: Kelly White Kelly@kwhitecommunications.comAbout Freedom Boat Club Freedom Boat Club is the world’s largest members-only boating club. It is a simple alternative to boat ownership. Freedom Boat Club has locations locally at Beach Marine in Jacksonville Beach, Julington Creek Marina in Jacksonville and Camachee Cove Marina in St. Augustine. Members have unlimited access to the home club’s fleet and can reserve a boat using a member-friendly online reservation system. Member privileges are also available at any of the more than 160 Freedom Boat Club franchises throughout the United States and in Canada. Each provides a fleet of boats that come with less stress and a lower price tag than owning a single boat. Freedom Boat Club offers a variety of membership plans. For more information, visit www.freedomboatclub.com.