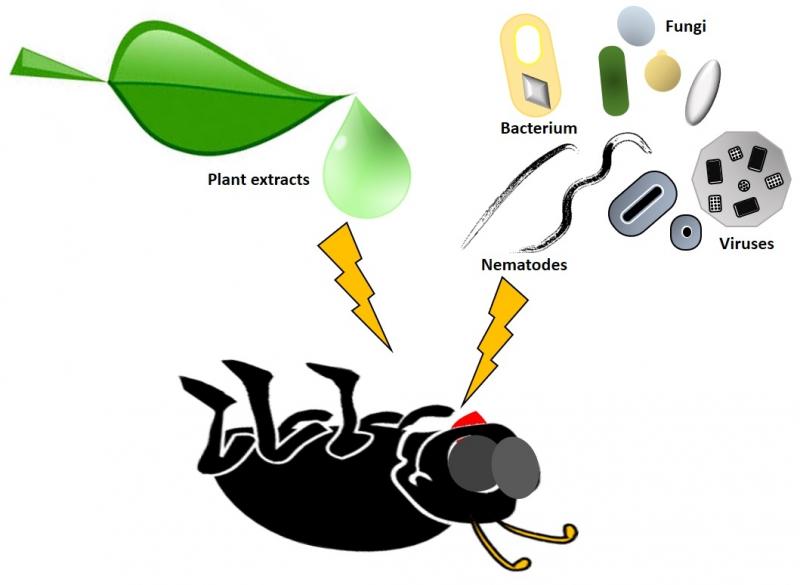 The Global Biopesticides Marketwas valued at USD 3.42 billion in 2016 and is projected to reach USD 14.62 billion by 2025, growing at a CAGR of 17.52% from 2017 to 2025. Biopesticides Market Overview: Biopesticides are certain types of pesticides derived from such natural materials as animals, plants, bacteria, and certain minerals. For example, canola oil and baking soda have pesticidal applications and are considered biopesticides. As of April 2016, there are 299 registered biopesticide active ingredients and 1401 active biopesticide product registrations.Download PDF Brochure: www.worldwidemarketreports.com/sample/235458Biopesticides, a contraction of 'biological pesticides', include several types of pest management intervention: through predatory, parasitic, or chemical relationships. The term has been associated historically with biological control – and by implication – the manipulation of living organisms. Regulatory positions can be influenced by public perceptions.North America led the overall market for biopesticides and accounts more than one third of the global market alone. However, owing to stringent regulations regarding the use of synthetic pesticides makes Europe the most attractive market in the near future.The use of biopesticides makes agricultural practices less harmful depending on environmental conditions. This market has grown thanks to product development tools and easy availability of advanced research. Biopesticides are very effective against microbial infections, which has led to their growth in the agriculture sector. The high demand for exotic fruits and beverages has a major effect on this market as well.Growing environmental concerns regarding the use of synthetic (chemical-based) pesticides coupled with government support in many countries have been acting as major factors fueling the demand for biopesticides. Biopesticides are pesticides which are derived from renewable materials such as plants, animals, bacteria and some minerals. Biopesticides are used to control the effect of weeds, pests and insects on field crops. Growing health concerns regarding the use of synthetic (chemical-based) pesticides has also been contributing to the growth of global biopesticides market.The development of organic products market around the world has generated awareness mainly in consumers of developed economies regarding their benefits over synthetic their synthetic counterparts. This shift in trend towards adoption of organic products has led to the growth of global biopesticides market. In addition, governments of various nations across the globe have been promoting the benefits offered by biopesticides which has further boosting the growth of market. However, there is still a considerable part of the world which is unaware about the benefits offered by biopesticides and this factor has been inhibiting the market. Underdeveloped countries mainly in South Asia and Middle East & Africa lack the awareness about biopesticides and its application. This research report analyzes various factors which has been driving and inhibiting the global biopesticides market in the past. In addition, the report analyzes the impact of each driver and restraint on the market growth, which forms the base for market forecast. The report also showcases the opportunities available in the market which may act as future drivers for the market. The major players in the market are as follows: Bayer Cropscience AG, The DOW Chemical Company, Marrone Bio Innovations Inc., Valent Biosciences Corporation, W. Neudorff GmbH Kg, BASF SE, Monsanto Company, Isagro SPA, CertisUsa L.L.C., Koppert B.V.If you have any special requirements, please let us know and we will offer you the report as you want.Ask for the FREE Customization of this Report at www.worldwidemarketreports.com/speakanalyst/235458About Us: Worldwide Market Reports is your one-stop repository of detailed and in-depth market research reports compiled by an extensive list of publishers from across the globe. We offer reports across virtually all domains and an exhaustive list of sub-domains under the sun.Contact US: Mr. Shah Worldwide Market Reports Tel: +1 415 871 0703 Email: sales@worldwidemarketreports.com