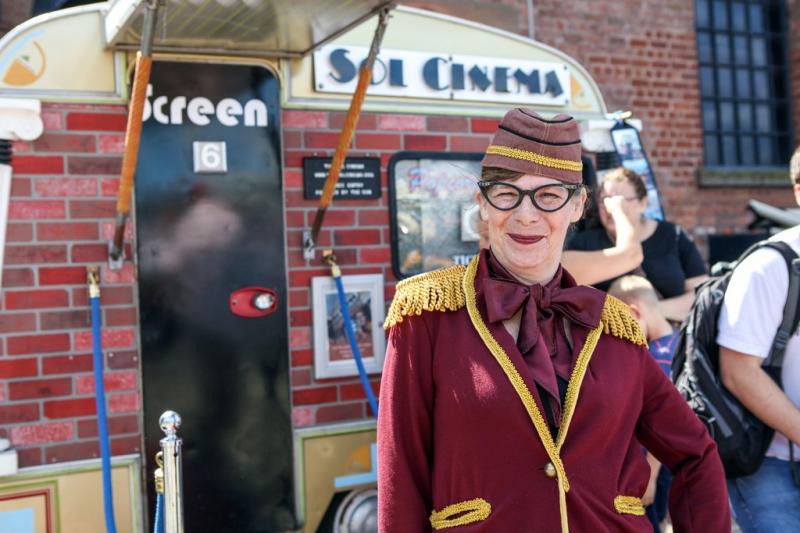 A British mobile cinema has become a Worldwide sensation featuring in Polish, Italian and Korean magazines recently. The cinema is based in Wales and tours all over the E.U performing at private parties, music festivals and High street events.  The Sol Cinema has won awards, appeared on BBC and features in Ripley Believe it or Not! annual. The solar powered cinema is currently touring the UK with public events in London and Basingstoke coming up.    Projectionist and Sol Cinema co-founder Paul O'Connor said today 'We never expected that creating a small cinema in a vintage caravan would become such a huge attraction for people. We have been listed amongst the best or the quirkiest or the most amazing cinemas on the planet. Sol Cinema may not have the scale or the budget of an IMAX but what we lack in size, the Sol Cinema makes up for with imagination'   Notes to Editors: Link to Sol Cinema  http://www.thesolcinema.org Sol Cinema Spring Mills, Penclawdd Road, Penclawdd, Swansea. SA43RB Email solcinema@undercurrents.org Phone 07973298359 Sol Cinema was founded in 2010. Audiences are treated to red carpet,usherette service & popcorn for a one off cinematic experience.Our staff are experienced performers who add a fun dimension to the Sol Cinema experience. The Sol Cinema has been lavished with pride and vintage style. We use a digital video projector showing short movies in plush surroundings. We use a solar generator to store renewable energy from the Sun. Our photovoltaic panel harness the Sunlight into solar batteries. We can perform indoors or outdoors.