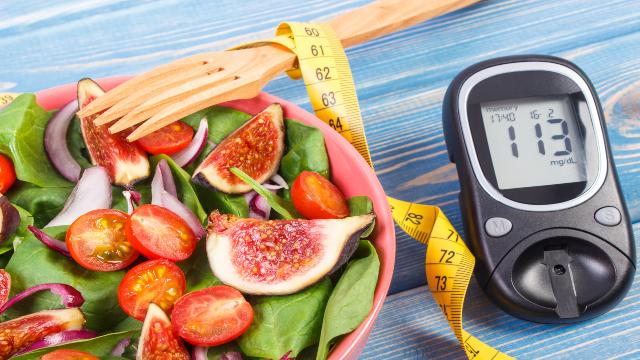 Non-insulin therapies are mostly used in type 2 diabetes patients, where body either does not produce enough insulin or is unable to effectively use the insulin it produces. Non-insulin-based medication works with different mechanism of action to reduce blood glucose level and maintain it for optimum glycemic control. For instance, some agents increase the insulin release from pancreatic cells (Sulfonylureas), some agents increase glucose uptake by periphery and reduces hepatic glucose output (Biguanides), some agents slow down digestion of starch in small intestine (alpha glucosidase inhibitors), and some medication reduces post meal sugar by blocking certain enzymes (Incretin mimetics).Ask For Sample Copy of This Business Report : https://www.coherentmarketinsights.com/insight/request-sample/2042Non-Insulin Therapies for Diabetes Market DynamicsIncreasing global incidence and prevalence of diabetes is expected to fuel growth of the non-insulin therapies for diabetes market. Non-insulin therapies are mainly used in type 2 diabetes, which accounts for around 90% of the global diabetes cases. According to the International Diabetes Federation’s (IDF) Diabetes Atlas 2017, worldwide prevalence of diabetic patients was around 425 million, of which around 400 million patients were suffering from type 2 diabetes. As per the World Health Organization (WHO) 2017 report, diabetes is one of the top 3 causes of death among non-communicable diseases worldwide, with 114.4 million cases in China, 72.9 million cases in India, and 30.2 million cases in the U.S.The global economic burden of diabetes is high and is expected to substantially increase over the forecast period. According to the American Diabetes Association research in March 2018, the total costs of diagnosed diabetes have risen to US$ 327 billion in 2017 from US$ 245 billion in 2012. Therefore, non-insulin therapies for diabetes market is expected to witness growth in the near future. Moreover, companies are launching new products and combination therapies in the market, which is expected to drive growth of the global non-insulin therapies for diabetes market.However, high cost of newer class of drugs when compared to the conventional drugs are expected to negatively impact the non-insulin therapies for diabetes market growth, especially in regions such as South Asia, where there is large number of patients suffering from type 2 diabetes. For instance, GLP-1 analog costs around US$ 492 for 30 day therapy, whereas Biguanides and sulfonylureas costs around US$ 5-9 for 30 day therapy.Non-insulin Therapies for Diabetes Market: Competitive LandscapeKey players operating in the global non-insulin therapies for diabetes market include AstraZeneca, Boehringer Ingelheim GmbH, Bristol-Myers Squibb, Eli Lilly and Company, GlaxoSmithKline, F. Hoffmann-La Roche Ltd., Janssen Pharmaceuticals, Merck and Company, Novartis AG, Novo Nordisk, Pfizer, Sanofi Aventis, and Takeda Pharmaceuticals.Discuss Your Queries With Industry Experts : https://www.coherentmarketinsights.com/insight/talk-to-analyst/2042Non-insulin Therapies for Diabetes Market: Regional InsightsOn the basis of region, the global non-insulin therapies for diabetes market is segmented into North America, Latin America, Europe, Asia Pacific, Middle East, and Africa. North America is expected to drive growth of the non-insulin therapies for diabetes market due to highest diabetes expenditure in the U.S. According to the International Diabetes Federation (IDF), in 2017, around 17,100 new cases of diabetes were detected in the U.S. Asia Pacific is one of the most lucrative region due to increased diabetes burden in China and India, collectively having over 180 million patients suffering from diabetes. According to the American Diabetes Association (ADA), rising incidence of type 2 diabetes in South Asia is likely to be over 150% between 2000 and 2035.Contact Us:Mr. Shah Coherent Market Insights 1001 4th Ave, #3200 Seattle, WA 98154 Tel: +1-206-701-6702 Email: sales@coherentmarketinsights.comAbout Coherent Market Insights:Coherent Market Insights is a prominent market research and consulting firm offering action-ready syndicated research reports, custom market analysis, consulting services, and competitive analysis through various recommendations related to emerging market trends, technologies, and potential absolute dollar opportunity.

04-10-2018 | Business, Economy, Finances, B …
WISE GUY RESEARCH CONSULTANTS PVT LTD
Global Diabetes Industry
Global Diabetes Industry Market Insight Global diabetes market is expected to grow at a CAGR of 7.9% percent for the forecasted period of 2016-2021. The market is segmented on the basis of type of diabetes, drugs class and diabetic devices. Diabetic drugs have the highest market share amongst drugs and devices and are also expected to have the highest growth rate with a CAGR of 9%. Some of the top selling
02-26-2018 | Health & Medicine
Conferences Series LLC
27th European Diabetes Congress
Rising awareness, new technologies and practical approaches within the field of diabetes and endocrine disorders in world’s leading diabetes Conferences One in eight ladies can develop a diabetes disorder throughout her lifespan. And, the amount of individuals affected by diabetes disorders continues to rise every year. However the larger drawback is that almost 60 minutes of those individuals are fully unaware of their condition as well as a way to heal
11-23-2017 | Health & Medicine
Conference Series LLC
27th European Diabetes Congress
We would like to invite your team as a Speakers/Delegates. On behalf of Organizing Committee, we take this opportunity in extending a warm and cordial welcome to you to be part of “27th European Diabetes Congress”, held conjointly with multifarious scientific associations, eminent researchers and scholars from all around the globe during June 20-21, 2018 at Rome, Italy. It is an immense pleasure and privilege having you here with us
07-07-2017 | Health & Medicine
Medical Device By CMI
Non Invasive Diabetes Therapy Market
The role of non-invasive therapy for diabetes market has been on a positive growth path in healthcare industry since 2014. Though the non-invasive therapy concept was brought way back in 1980, the market has not gained much attention leading to development of fewer such devices. DexCom's seven system and Medtronic's Guardian real-time glucose monitoring system are two such products developed and marketed worldwide. The influx of non-invasive therapy has reinforced
04-19-2017 | Health & Medicine
TMR - Research Reports
Diabetes Gastroparesis Market grows with rising prevalence of diabetes
Diabetes type 1 and type 2 are one of the most common chronic diseases prevalent in the world, affecting millions of people. One of the disorders associated with diabetes type 1 and type 2 is gastroparesis, which is characterized by the delayed emptying of the stomach. One of the major causes of gastroparesis is damage to the vagus nerve, reducing the mobility of the stomach contents. Diabetic neuropathy affects the
12-30-2016 | Health & Medicine
Euro Diabetes 2017
18th European Diabetes Congress
It takes us immense pleasure to announce the conference that 18th European Diabetes Congress which is going to be held during July 17-18, 2017 at Lisbon, Portugal. Euro Diabetes 2017 conference will focus on the latest and exciting innovations in all areas of Diabetes research which offers a unique opportunity for investigators across the globe to meet, network, and perceive new scientific innovations. This year’s annual congress highlights the theme, “Diabetes
Comments about openPR
OpenPR is clearly structured and remains true to its principle of confining itself to the essential parts. OpenPR has proven to be a very good and reliable partner to our media agency: Within the shortest time the releases are online and go down well with the media representatives. The success of OpenPR is reflected in the steadily increasing number of press releases. It is good that OpenPR exists!
Ursula Koslik, Director Marketing & PR, F+W Hamburg