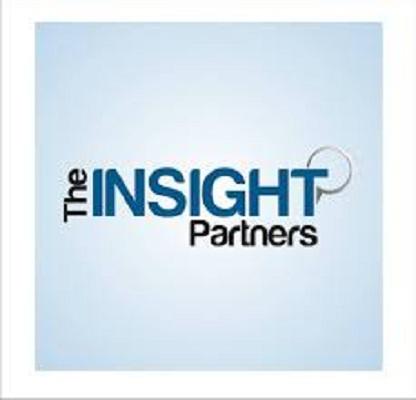 According to a new market research study titled ‘Pacemakers Market - Global Analysis and Forecasts by Product Type, Technology and End User. The global pacemakers market is expected to reach US$ 10,908.0 Mn in 2027 from US$ 5,485.4 in 2018. The market is estimated to grow with a CAGR of 8.1% from 2019-2027. The report highlights the trends prevalent in the global pacemakers market and the factors driving the market along with those that act as deterrents to its growth.The emergence of Pacemakers is a substantial development in the field of medical research. We have a team of research specialists who will work with you to identify precisely the research you need and ensure its prompt delivery, reducing your risk.Global Pacemakers Market analyses the factors driving market along with those that act as restraints to its growth. The global Pacemakers market is witnessing a sheer rise in the current scenario and is expected to expand in the coming years owing to various technological advancements made by the players operating in the market. However, stringent regulatory framework in the market is expected to hinder the market growth.Get Sample Report at https://www.theinsightpartners.com/sample/TIPHE100000884?utm_source=OpenPR&utm_medium=SimranIncreasing Burden of Cardiovascular Diseases The increasing technological advancements have opened more opportunities of developing new and innovative medical implantable pacemakers with advanced electrical properties that can improve diagnosis and treatment of previously intractable conditions such as, cardiovascular diseases that includes cardiac arrhythmia, atrial fibrillation and others. A pacemaker is an electronic device designed to produce electrical impulses to stimulate the heart when normal physiological stimulation fails. In 2017, according to the World health organization, the increasing prevalence of cardiovascular diseases is the major cause of death all over the world. Moreover, it was mentioned that 17.9 million people across the globe died due to cardiovascular diseases in 2016. Cardiovascular disease is one of the leading causes of morbidity and mortality and is responsible for 30% of worldwide mortality, according to the World Health Organization. Moreover, according to the Centers of Disease Control and Prevention, Coronary heart disease (CHD) is the most common type of heart disease, killing over 370,000 people annually. Furthermore, according to the American Heart Association, in 2016, Coronary Heart Disease was the leading cause (43.2%) of deaths attributable to cardiovascular disease in the US, followed by stroke (16.9%), High Blood Pressure (9.8%), Heart Failure (9.3%), diseases of the arteries (3.0%), and other cardiovascular diseases (17.7%). Thus, such high prevalence of cardiovascular diseases globally is anticipated to lead the market growth in the coming years.Growing Healthcare Market in the Developing Economies The developed countries depend on a conventional medicine healthcare model in which healthcare professions treat medical conditions with the help of medications and surgeries. Major differences between developed and developing countries is resources like money, infrastructure, skilled workforce, education, and products. Most of the developing country have adopted naturopathic medical system instead of a conventional medical system. The healthcare infrastructure in large cities of developing countries may have all the necessary amenities but rural areas may not. Thus, these massive unexplored areas pose ample revenue generation opportunities for pacemaker market. The countries like China and India have large patient population base and the healthcare expenditure is increasing, thus illustrating immense healthcare market potential. According to the India Brand Equity Foundation in 2017, the hospital industry in India reached US$ 61.79 billion and is predicted to reach US$ 132.84 billion by 2023. Thus, with the growing healthcare industry and increasing government initiatives, the demand for pacemakers is expected to increase in the developing economies.The growth in the region is driven by the key factors such as rapid growth of medical device industries, emergence of new local players with competitive scenario among the regional players with respect to developing novel solutionsCheck Discount on this Report at https://www.theinsightpartners.com/discount/TIPHE100000884?utm_source=OpenPR&utm_medium=SimranProminent Players Operating In Pacemakers Market-• Medico S.p.A. • Vitatron • Abbott • Medtronic • OSCOR • LivaNova Plc • Boston Scientific Corporation • Biotronik • Pacetronix • Lepu MedicalPACEMAKERS – MARKET SEGMENTATIONGlobal Pacemakers Market – By Product Type • Implantable Pacemakers • External PacemakersGlobal Pacemakers Market – By Technology • Single-Chambered • Dual Chambered • Bi-VentricularGlobal Pacemakers Market – By End User • Hospitals • Ambulatory Surgical Centers • OthersBy Geography • North America o U.S. o Canada o Mexico • Europe o France o Germany o UK o Spain o Italy • Asia Pacific (APAC) o China o India o Japan o Australia o South Korea • Middle East & Africa (MEA) o Saudi Arabia o South Africa o UAE • South America (SAM) o Brazil o ArgentinaBuy this Report now at https://www.theinsightpartners.com/buy/TIPHE100000884?utm_source=OpenPR&utm_medium=SimranContact us – Phone : +1-646-491-9876 Email Id : sales@theinsightpartners.com Website: https://www.theinsightpartners.comAbout Us - The Insight Partners is a one stop industry research provider of actionable intelligence. We help our clients in getting solutions to their research requirements through our syndicated and consulting research services.

03-27-2020 | Business, Economy, Finances, B …
The Insight Partners
Knowledge Management Market : Year 2020-2027 By World With Top Key Players Like …
Knowledge management solutions allow people in an organization to share, access and update business information and knowledge. The solution comprises processes and strategies that sustain and optimize the storage, assessment, and sharing of knowledge. Several public institutions, large companies, and non-profit organizations have resources dedicated to internal knowledge management efforts, frequently as a part of their business strategy also various consulting firms offer advice regarding knowledge management to these organizations. Get
03-27-2020 | IT, New Media & Software
The Insight Partners
Scrum Software Market : Year 2020-2027 By World With Top Key Players Like Axosof …
Scrum software market is segmented on the basis of type and end user. Based on type, the market is segmented as basic (under $59/month), standard (under $59-129 /month), and senior (under $129+/month). On the basis of the end user, the market is segmented as SMEs and large enterprises. The scrum software is used by enterprises and businesses to help teams work together. The framework focuses on teamwork, accountability, and iterative progress
03-27-2020 | IT, New Media & Software
The Insight Partners
Email Management Market: Year 2020-2027 and its detail analysis by Focusing on T …
A Professional Survey done by The Insight partners has formulated a report titled "Email Management Market", which instills a crisp idea of the influential aspects affecting the growth of the market. It gives the new entrants a clear idea of all the business strategies incorporated by the key players, which is helping them regulate their trade success. It serves a reliable business tool helping the reader to understand the global
03-27-2020 | IT, New Media & Software
The Insight Partners
Geospatial Imagery Analytics Market Advanced technologies & growth opportunities …
Geospatial analysis is a process that involves the collection, and manipulation of GIS (Geographic Information System) including satellite photographs, GPS, and historic information. As technology provides geographic models that can help in understanding historical changes and predict the shifts that are underway, its demand among various industries has been noteworthy. The powerful ability to reveal insights and opportunities of the future provided by geospatial analysis is a key factor driving