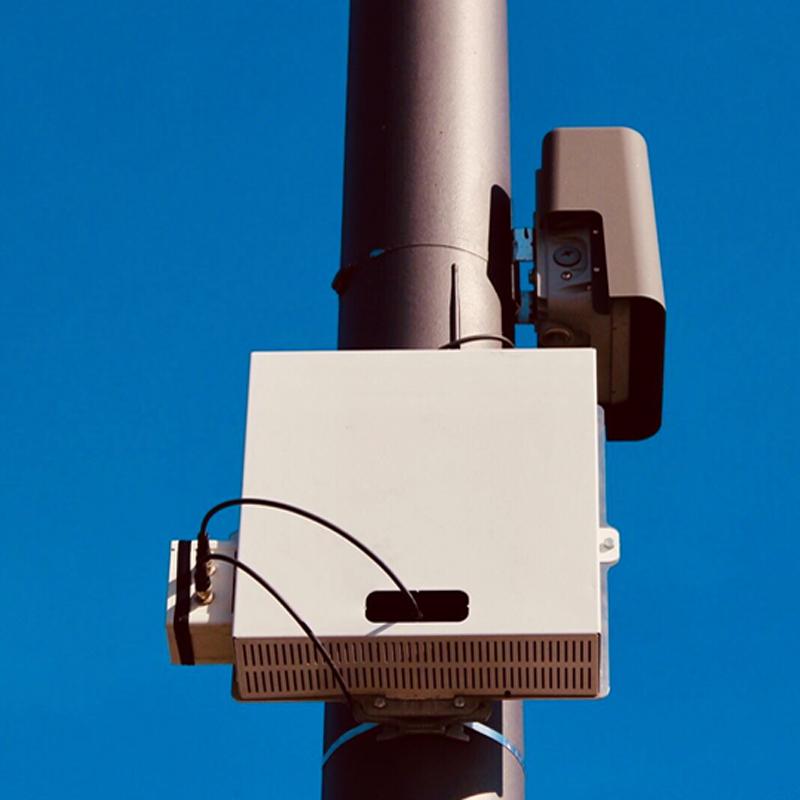 Munich, July 2019: Hawa Dawa installs 35 sensor nodes across the municipal area of the NordAllianz near Munich. The eight members of the NordAllianz; Eching, Garching, Hallbergmoos, Ismaning, Neufahrn, Oberschleißheim, Unterföhring and Unterschleißheim have decided to implement a digital measurement network for tracking urban air quality that relies on Hawa Dawa's smart technology. The company already operates similar measurement networks in the cities of Munich, Germering, Meschede and Bern. These networks deploy Internet of Things (IoT)-capable sensor nodes and are targeted to increase transparency on air quality for citizens and decision-makers.The primary objective of the NordAllianz project is to provide information about the state of air quality to citizens and other interested parties, live and via the internet – fully in line with the concept of a smart city. The network will collect values for particulate matter, nitrogen dioxide and ozone in real time. This data will be displayed transparently on an interactive website, the 'Urban Cockpit' of the company [ui!] Urban Software Institute.On 25th June, the mayors of the eight municipalities met with representatives of the companies Hawa Dawa and [ui!] to jointly launch the project. The mayors of NordAllianz welcomed this joint, future-oriented project, which underlines the prosperous cooperation of the municipalities of the Northern Alliance.The NordAllianz’s air quality measurement network comprises a total of 35 sensors from Hawa Dawa and is one of the largest municipal measurement networks in Germany. By intelligently connecting the sensors, the network learns to collate the measured air quality data with values such as outside temperature and thus classify these values correctly. These sensors are typical, smart devices classified as the Internet of Things (IoT), which connects independent devices for interaction and further insight.Karim Tarraf, CEO of Hawa Dawa, explains: "Up to now, air quality data was reserved for expert communities. With our measurement technology, it is now possible to deliver high-quality data for citizens and decision-makers ubiquitously and in real time. For the first time, the focus is not on technology, but on people's needs for transparency in urban environments. We are proud to take this first step towards the smart city together with the communities of NordAllianz and look forward to working together over the next two years." The eight members of NordAllianz, which together account for around 130,000 inhabitants, show that even smaller municipalities can compete with the large cities on gathering and sharing environmental intelligence. Over a trial period of 24 months, citizens can find out about the state of air quality, fully supporting the concept of active citizen participation. Starting in autumn, the interactive map on the website of NordAllianz will be available for all interested parties. Further information and tips on air quality, air pollution control and the smart city will also be available.It is particularly important to the mayors of NordAllianz that this project focusses on the well-being of the local population. Being a digital pioneer does not only mean taking new steps with innovative technology, but also engaging with local citizens and communities: the ultimate gain here is focused upon improved health and quality of life of all. The implementation of the first 'Smart Region NordAllianz' project is not least a result of a long-standing friendly and successful cooperation between the eight town halls, with mayors of the eight municipalities agreeing that it is crucial to implement this air quality project via a joint approach. The concept of the smart city and the integration of innovative technologies into municipal development are thus not reserved for single large cities only, rather also engaged and effective consortia.Hawa Dawa GmbH Frau Barbara Loferer c/o Impact Hub Gotzinger Straße 8 81371 MünchenHawa Dawa forms the first link of a new digital knowledge network to steer and activate resilient and decarbonised cities. The international team comprises engineers, software and data analysts, sensor, satellite and traffic modelling experts as well as business folk. Hawa Dawa pushes the frontiers of machine learning and sensor technologies to produce innovative new data products and services for our customers. More information on https://www.hawadawa.com

12-09-2019 | Energy & Environment
Hawa Dawa GmbH
High levels of significance found in the correlation of air quality data with tr …
Hawa Dawa, a Munich-based company specializing in air quality management, has completed a study on the impact of traffic on air quality in a town in southern Germany. The team collected data on air quality and traffic volume in the field and then correlated these values in-house. The aim of the study was to investigate the diverse effects of traffic and weather on air quality levels and pollution behaviour. A
10-07-2019 | Energy & Environment
Hawa Dawa GmbH
Hawa Dawa Forms Board of Advisors to Consult on Strategic Growth Initiatives
Hawa Dawa, a Munich-based company specialised in the management of air quality, announced it has established a Board of Advisors to provide strategic advice and expertise to help accelerate growth. Its first three appointments are Martin Herkommer, expert for communications, public relations and lobbying, Jason Maroothynaden, space industry expert and access to finance specialist working at the European Space Agency, and Andreas M. Rickert, CEO and Founder PHINEO. The Board
Comments about openPR
We publish our press releases on openPR.de because we like people who are "open" - just like us.
Frank Obels, CEO, INCONET - Informationssysteme, Communication und Netzwerkberatung GmbH