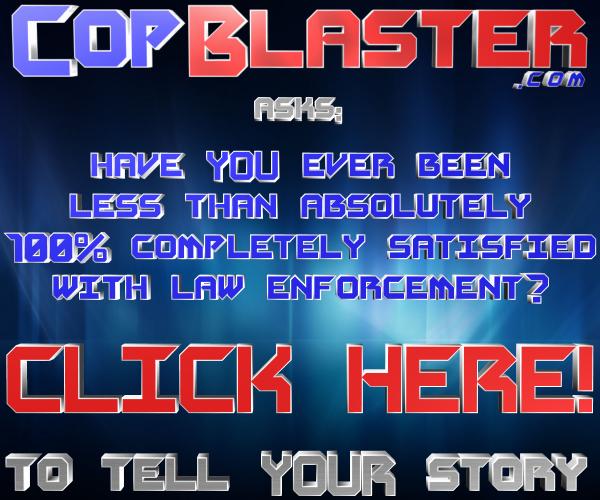 – The owner of an anti-police misconduct website that invites people to post their stories about bad experiences with law enforcement is now the plaintiff in a police brutality lawsuit against Multnomah County, its sheriff, and several deputies. CopBlaster.com founder Cyrus Sullivan has attempted to raise awareness of this lawsuit with the hopes of finding more people that claim to be victims of the defendants in the case, but so far at least one press release distributions service (PRWeb) refuses to do business with him.Sullivan tried hard to comply with PRWeb’s policies for press releases about legal issues. He re-wrote his release several times to comply with requests from the PRWeb staff. When he finally thought that he had submitted a release that followed their directions he was told that PRWeb would not do business with him anymore. Fearing similar censorship from other press release distributors, Sullivan has elected not include any information about the case other than the fact that it has been filed. That is because after following instructions from PRWeb, that is all he could do. PRWeb would not allow Sullivan to quote from him complaint even with proper attribution. He could not quote an expert witness report because PRWeb believes that any evidence could potentially be refuted in court, so they do not want to distribute it. Sullivan was also instructed to remove references to sources in the news media that have already covered cases of his. The directive was given even though PRWeb instructs users to cite such fact checked news sources. In closing, Cyrus Sullivan has filed a lawsuit alleging police brutality, but cannot say more in a press release.For more information visit:Cop Blaster: Police Misconduct Complaint Reporting System https://copblaster.com/ Cyrus Andrew Sullivan v. Multnomah County et. al. (DC of Oregon case no: 3:19-CV-995-SB) https://copblaster.com/uploads/files/sullivanvmultcoso.pdfP.O. Box 86653 Portland, OR 97286CopBlaster.com is the future of law enforcement accountability aimed at helping people help people expose the truth.

05-04-2020 | Politics, Law & Society
CopBlaster.com
Anti-Snitch Initiative Aims to Fight the Snitching Pandemic
While millions of Americans fight for their lives, snitches are making lives worse by ratting out their neighbors to the social distancing police. Such activity only increases social stigma towards COVID-19 sufferers while putting others at greater risk of infection. CopBlaster.com is helping people fight back by exposing cop callers, police informants, and government witnesses online. Cop Blaster has been hosting one of the internet's most popular user generated snitch directories

10-04-2018 | IT, New Media & Software
Martello Technologies
RSS Email Newsletters Put PRWeb on your site TrueGEN Selects Martello for SD-WAN …
Martello Technologies Group Inc. (“Martello”) (TSXV: MTLO), a leading provider of network performance management solutions for real-time communications, announced today that TrueGEN, a networking and security company based in Belgium, has selected Martello for its SD-WAN deployments. Many of TrueGEN’s customers are seeking a solution that addresses the security and performance limitations of MPLS, and the company chose Martello’s SD-WAN technology to assist in these multi-site deployments where connectivity, uptime
01-29-2018 | Business, Economy, Finances, B …
business news
Global Magnesium Target Market 2018 - Prweb, Lesker, SAM, ZNXC, FDC
The statistical surveying information incorporated into the Magnesium Target report is the aftereffect of significant essential and optional research exercises. The report fragments the global Magnesium Target market based on makers, item compose, applications, and regions. In this report, each fragment is contemplated completely and measurements are introduced in detail. The report offers an exact outline of the global Magnesium Target advertise covering key factors, for example, drivers and restrictions
09-10-2013 | Advertising, Media Consulting, …
BoldAmp Media
BoldAmp Media Partners with Adobe Systems
NORFOLK, VIRG. (PRWEB) September 9, 2013 - BoldAmp Media, a popular digital media firm in downtown Norfolk, will now offer Adobe® LiveCycle® solutions. BoldAmp Media today announced the acceptance into Adobe Systems Partner Program that will enable customers to take advantage of Adobe® LiveCycle® document management solutions. As part of this additional service, Adobe Systems will offer an enterprise document and form platform that will help BoldAmp Media to capture and
03-07-2011 | Leisure, Entertainment, Miscel …
LegalMedia
Mp3 Site Legalsounds.Com Offers Free Mp3 Downloads From US Top 40 Chart
(PRWEB) 4,March 2011 – Downloading mp3 music can be fun especially if one decides to use LegalSounds.com. Aside from offering a wide array of hits arranged according to different genres and albums, the site also has some of the US chart topping hits available at no cost. "Music lovers always want to download mp3 music right in their own homes. But we know they do not want just any ordinary
09-22-2010 | Media & Telecommunications
dotmedias
Dotmedias Online Marketing Firm To Use CNW And PR Newswire For Press Release Dis …
Quebec, Canada, September 20, 2010 – dotmedias will give its customers’ the opportunity to target very efficiently the distribution of their press releases through CNW and PR Newswire. This move is part of the overall strategy to provide very targeted internet marketing services. At the beginning, dotmedias was using the PRWeb press release distribution service to distribute customers’ press releases. Samuel RB, the founder and CEO of dotmedias said: “PRWeb’s press
07-07-2006 | Politics, Law & Society
Boston Tea Party
Like it's 1773: New party in wake of Libertarian convention debacle
"Cyberia" (PRWEB) July 5, 2006 - Citing the Libertarian Party's "abdication of its political responsibilities to the American people," activists have founded the Boston Tea Party (www.bostontea.us) as an alternative, Internet-based vehicle for libertarian political action. "For various reasons, the ball got dropped in Portland," says Boston Tea Party founder Thomas L. Knapp, referring to the Libertarian national convention, held over the July 4th weekend in Oregon. "Factional disputes led to
Comments about openPR
9 o'clock: discuss press release with client, 10 o'clock: submit release to openPR, within the briefest possible time release is published and displayed in a prominent place on openPR.de. I am thrilled!
Zehra Spindler, Calypso Now! - Communication Agency