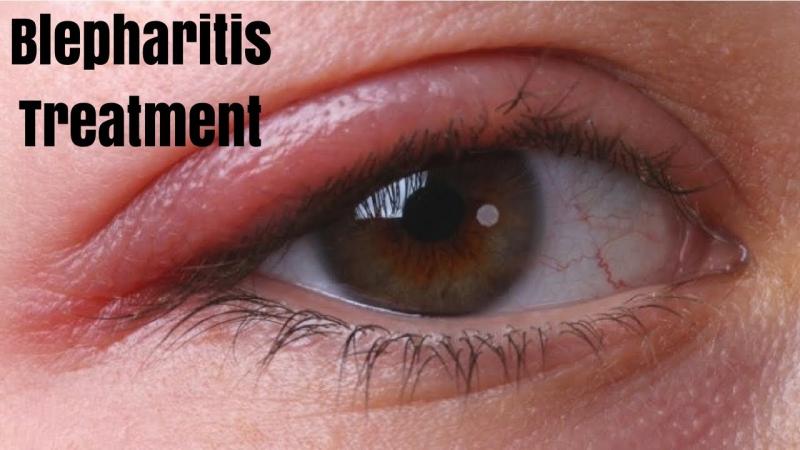 Blepharitis is a chronic condition that causes inflammation of the eyelids. Blepharitis usually affects the part of eyelid where eyelashes grow and occurs when tiny oil glands near this area are clogged, in turn causing irritation and redness of the eyes. Symptoms of blepharitis include high sensitivity to light, loss of eyelashes, watery eyes, burning sensation in the eyes, greasy eyelids, itchy eyes, red and swollen eyes, flaking of skin around the eyes, crusted eyelashes after waking up, more frequent blinking, abnormal growth of eyelashes, and stinging sensation in the eyes. Blepharitis causes seborrheic dermatitis, which is dandruff of the eyebrows and scalp, bacterial infection, clogged oil glands, malfunctioning of oil glands, rosacea. It also causes allergic reactions to eye medications, contact lens solutions or eye make-up and eyelash lice or mites.

Get Exclusive Sample Report at: https://www.coherentmarketinsights.com/insight/request-sample/1761

The blepharitis treatment market is expected to witness significant grow due to growing prevalence of ophthalmic disorders among the geriatric population. According to a survey conducted by American Academy of Ophthalmology in 2014, blepharitis usually affects people above the age of 50 years. It also states that blepharitis is observed in 37% male ophthalmic patients and 47% in female ophthalmic patients. Blepharitis market is also expected to grow due to increasing number of drugs in the pipeline. For instance, ISV-305 sponsored by InSite Vision is in phase 3 clinical trials, ISV-305 treats patients with early symptoms of blepharitis. Furthermore, new product launches and mergers and acquisitions over the recent past also contributes to market growth. For instance, in 2015, BlephEx, a Franklin-based company launched Rysurg. It is used to clean eyelids and also maintains hygiene. According to a study conducted by American Academy of Ophthalmology in 2015 around 50% of ophthalmic patients suffer from symptoms of blepharitis and dry eyes. Constant use of this device helps prevent recurrence of blephairis and the treatment is pain-free. In 2013, Shire Plc, purchased Californian Ophthalmic Company SARcode Bioscience to add new drug lifitegrast to Shire’s specialist drug portfolio. Lifitegrast was approved by the FDA for the treatment of signs and symptoms of dry eye and blepharitis in 2016.

Factors hampering growth of blepharitis market include lack of awareness regarding treatment of this chronic condition and high cost of the medication required to treat blepharitis.

North America Blepharitis treatment market is expected to hold dominant position due to increasing geriatric population, launch of new products, and increasing number of ophthalmic patients in the region. According to a survey conducted in the U.S., by Population Reference Bureau in 2016, states that the aging population increased by 24% as compared to 15% in 2014. Europe is expected to witness rapid growth due to new product launches of blepharitis drugs in the region. For instance, in 2017, Scope Ophthalmic launched Moist Heat Mask, a device that helps in the treatment of blepharitis by loosening the oil present in Meibomian glands and allowing it to flow more freely. It helps to soften eye lash debris, prevent the evaporation of natural tear film, restores moisture to the eye and also the surrounding area, as well as improves tear film lipid quality. In 2015, MiBo Medical Group, a U.S.-based company, launched MibO Thermoflo. This device helps in the treatment of blepharitis and dry eyes and is required to be gently massaged on the margins of the eyelids for a minimum of 12 minutes. In 2015, MiBo Medical Group launched Lid Pro, a device that is used to treat anterior Blepharitis. The region of Asia Pacific is expected to witness significant growth due to increasing prevalence of blepharitis. According to a study conducted by Journal of Clinical and Experimental Ophthalmology in 2016, signs and symptoms of blepharitis increased by 32% among the geriatric population as compared to 2014.