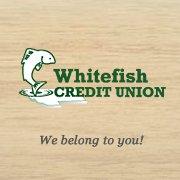 Mild-mannered employees of Whitefish Credit Union will don their masks and costumes Friday, June 17, to do battle with their arch nemesis, cancer, during the Whitefish Relay For Life.These daring do-gooders, locally known as the Incredigals, will represent Whitefish Credit Union during the two-day relay at the Whitefish High School track. The event will benefit the American Cancer Society and is designed to raise awareness about the life-changing disease.Incredigal Dianna Giddeon, whose alter ego works in the accounting department of Whitefish Credit Union, is an eight-time relay participant and knows first hand what it’s like to be afflicted with the disease. In 2000, Giddeon was diagnosed with breast cancer. After six months of chemotherapy and five years of oral medication, she overcame the cancer, but said she will never forget what she and others like her have been through.“So far I am free of cancer eleven years later and I am so thankful for every day of my life,” said Giddeon. "I want to make others fighting or surviving cancer know that they are not in this alone. I am very eager to support the relay and to raise money for cancer awareness and research. The love and support at these events is so overwhelming to a cancer survivor such as myself."More than 3.5 million people come together at this annual event in communities throughout the country to show support for those who are, or have, battled cancer, and to remember loved ones lost to the disease. Each year, volunteers and participants help raise millions of dollars that go toward the fight against cancer.Charla Johnson, Whitefish Credit Union accounting clerk, has experienced both sides of the fight against cancer and said she’s proud to be participating in the event for the first time.“I have family members who have been lucky enough to survive cancer, but I have also, sadly, lost friends to this horrible disease,” said Johnson, who is also a member of the Credit Union’s Incredigals. “I have always wanted to participate in the Relay For Life, but haven’t had the chance until this year. It’s such an amazing feeling knowing we have a great support system like this at Whitefish Credit Union. I am proud to be part of the Whitefish Credit Union team!”Relays often last throughout the night, during which time, each team is asked to keep at least one member on the track. The relays are put together this way because, as organizers say, cancer never sleeps, so neither do participating teams. When not on track, team members will often camp out at the event and lend their support to those walking. The Incredigals, along with Whitefish Credit Union’s official mascot Whitey McFish, will make their team lap in full Incredigal regalia, around 6 p.m., Friday evening.However, the Credit Union’s fight against cancer doesn’t stop there. Teams from Whitefish Credit Union in both the Columbia Falls and Kalispell service areas will also take part in Relay for Life events in their home towns later this year.About Relay for Life: Relay For Life got its start 26 years ago in May 1985, when Dr. Gordy Klatt took the first step of his 24-hour walk around a track in Tacoma, Washington, raising $27,000 to support the American Cancer Society. To learn more about this event, visit the Relay For Life website at relayforlife.org.About Whitefish Credit Union: Whitefish Credit Union is a respected leader in the financial services industry. State chartered in 1934, it has gone on to become the largest credit union in Montana with more than $1 billion in assets. Today, the Whitefish Credit Union manages six branches throughout the state, which serve the financial cooperative’s more than 50,000 members.300 Baker Ave, Whitefish, MT 59937 Sue Schenck, Business Development Director (406) 862-3525  whitefishcu.com