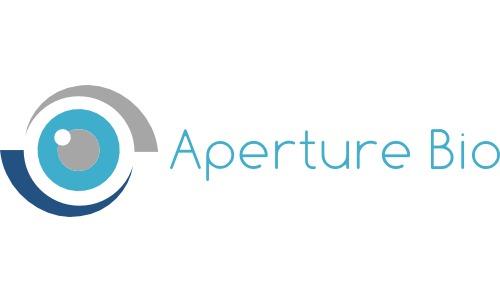 (Dallas, TX – 6/24/19) - www.Aperturebio.com. In response to the growing demand for advanced diagnostic tools to aid in the fight of overused and misused antibiotics, Aperture Bio has begun accepting pre-orders of its RAPID-B(TM) and its empiriSTAT menu of diagnostic tests. In a statement from Aperture Bio’s president, David Potenza, “With world health agencies calling for increased action to combat resistance, and no new antibiotics on the horizon, healthcare providers, laboratory directors and infection control officers are looking for technology to ease the burden of overused antibiotics.” The World Health Organization (WHO) states, “Antibiotic resistance is rising to dangerously high levels in all parts of the world. New resistance mechanisms are emerging and spreading globally. Without urgent action, we are heading for a post- antibiotic era in which common infections and minor injuries can once again kill." Utilizing highly customized and fully robotic, flow cytometric technology (nFC) and fluidics, coupled with proprietary selection algorithms and customized platting, the RAPID-B(TM) platform can discriminate, along with other contaminants, live uropathogen cells from those that are dead/damaged, which could result in false positives. Utilizing a sensitive array of lasers, the system then enumerates only viable bacteria and white blood cells within minutes and provides Antibiotic Predictive Profiling (APP) within hours. Specifically knowing which patients to treat and what to best to treat them with could greatly reduce the risks for millions of patients being unnecessarily overexposed to antibiotics and saving millions in healthcare costs. The speed and accuracy of the empiriSTAT test has demonstrated to out-perform other screening methods including chemical strips, microscopy and PCR. Even standard urinalysis screening, which is semiquantitative and lacks precision and standardization, results in a high rate of mis-interpretation, which can lead to under-treatment, or more often, over-treatment with empirical antibiotics. When compared to current screening and culture methodology, accompanied with follow through AST testing, which all can take days, the RAPID-B(TM) could change how bacterial infections are detected and treated, disrupting the multi-billion-dollar laboratory testing industry. Achieving 97% sensitivity and 87% specificity, the empiriSTAT-UTI, is the first in a series of in vitro tests developed to increase the speed and accuracy of identifying bacterial infections from both urine and blood. The speed and accuracy of the test will reduce days into hours when compared to current screen, culture and reflexed Antibiotic Susceptibility Testing (AST.) By rapidly isolating those patients that are negative vs. positive, aids healthcare professionals to quickly and accurately identify not only those patients that may require treatment, but as important, those that do not require antibiotic treatments. With reports suggesting that +/-80% of blood and +/-60% of urine cultures come back negative, the ability to accurately and rapid discriminate positive vs. negative patients within minutes, could significantly reduce the over-use and mis-use of antibiotics, which is at the the foundation of the antibiotic resistance pandemic. The unintentional over-use or mis-uses, is in great part due to the empirical over-prescribing of antibiotics in a somewhat blind, defensive response by caregivers as the wait for results.David Potenza President dpotenza@aperturebio.com 20 Winter Sports Ln Williston, VT 05495About Aperture Bio – Aperture Bio is a privately held laboratory diagnostic company whose focus is to bring emerging technologies to market aimed at addressing antibiotic resistance and other world health issues. The company is currently seeking B Series investors to further expand its product offering and the commercialization of its proprietary RAPID-B(TM) platform. For investment opportunities, please contact Mr. David Potenza dpotenza@aperturebio.com

06-11-2019 | Health & Medicine
Aperture Bio
Aperture Bio seeks B Series Funding as it Completes Final FDA Submission and Pre …
Responding to increased demand for its proprietary RAPID-B(TM) diagnostic platform and empiriSTAT test menu, Aperture Bio has announced its intention to seek B Series investors as it heads to full commercialization. The company is looking to enter the clinical diagnostics market, which is valued at US$168 billion and growing at a 7.3% CAGR, according to data released by Coherent Market Insights in 2015. In a statement from Aperture’s president, David Potenza,
06-07-2019 | Science & Education
Aperture Bio
Aperture Bio & NuView Life Sciences Sign Definitive Agreement to Investigate Exp …
(Dallas, TX/Salt Lake City, UT) – In a joint press release, Aperture Bio and NuView Life Sciences have entered into an agreement to begin collaborative investigational studies to assess NuView’s proprietary NV-VPAC1(TM) urogenital cancer test utilizing Aperture Bio’s RAPID-B(TM) proprietary screening platform. Aperture Bio has developed a proprietary diagnostic platform, the RAPID-BTM, designed for rapid and accurate detection of bacterial infections found in both urine and blood specimens. The
05-13-2019 | Health & Medicine
Aperture Bio
Aperture Bio Invited to Present at Antimicrobial Resistance World Congress
(Dallas, TX – 5/13/19) - www.Aperturebio.com – Aperture Bio announces it has been invited to present at the WORLD ANTIMICROBIAL RESISTENCE CONGRESS on November 7-8 in Washington, D.C. Aperture will present its RAPID-BTM in vitro diagnostic platform for the rapid detection of bacterial infections and antibiotic profiling, which could assist caregivers reduce the need for empirical overprescribing of antibiotics. The event will host some +600 attendees from over
05-07-2019 | Health & Medicine
Aperture Bio
Aperture Bio Ready to Introduce its Diagnostic Platform to Combat Antibiotic Res …
(Dallas, TX - 4/1/19) - www.Aperturebio.com. After more than two-years of clinical evaluations conducted at Northwestern, Washington University and University of Vermont Medical Center, Aperture Bio has announced it is ready to introduce its proprietary testing platform, the RAPID-BTM, and the empiriSTAT-UTI, for the rapid detection of uncomplicated urinary tract infections (UTIs) and antibiotic profiling performed within hours. Utilizing highly customized and fully robotic next-gen flow cytometric technology (nFC), coupled

06-19-2018 | Health & Medicine
Persistence Market Research Pvt.Ltd.
Topical Antibiotic Pharmaceuticals Market Investment Research Report 2016 - 2022
Topical antibiotics pharmaceuticals are used to treat infections of the skin and are commonly applied as creams and ointments. Antibiotics are agents that destroy or inhibit the growth of microorganisms, which are sensitive to them. Few topical antibiotics are sold without prescription from physicians and are available in several forms such as ointments, creams, sprays and powders. Topical antibiotics prevents infection caused by bacteria which get into minor scrapes, burns,
04-06-2018 | Health & Medicine
Transparency Market Research
Antibiotic Market Estimated to Flourish by 2016 - 2024
Global Antibiotic Market: Overview Antibiotics, also called antibacterials or antimicrobials, is a group of medicines used in the treatment of infections caused by germs—bacteria and certain parasites—by inhibiting the growth of microorganisms or killing them. Since the discovery of the antibiotic penicillin in 1920, various antibiotic compounds have been widely used to treat several bacterial infections. Increasing incidence of chronic and infectious diseases across the globe and efficacy of antibiotics to
02-28-2018 | Health & Medicine
SMi Group
Latest developments and breakthroughs in antibiotic resistance
The growing global threat of antimicrobial resistance, research strategies aiming to eliminate resistance, latest scientific advancements for tackling resistance, as well as potential novel candidates and antimicrobial alternatives is the focus for SMi’s 20th annual Superbugs and Superdrugs conference. It will take place in Copthorne Tara Hotel, Kensington, London on the 19th and 20th March. The topic of Superbugs & Superdrugs has continuously evolved and developed in the two decades the
01-23-2018 | Health & Medicine
Transparency Market Research
Systemic Antibiotic-Sulfonamide Combination Pharmaceuticals Market Highlighted k …
Sulfonamides are a group of drugs that are derived from sulfanilamide, a sulfur containing compound. Sulfonamides are the most commonly used antibiotics around the world and have been in clinical use since 1968. Sulfonamides, also known as anti-metabolites and sulfa drugs act by inhibiting the folic acid synthesis pathway in a bacterial cell. These antibiotics are considered as selective targeted option since human do not synthesize folic acid, but a
12-04-2017 | Science & Education
SMi Group
“SPARKing" New Antibiotic Drug Discovery
Kathy Talkington, Project Director from Pew Charitable Trusts, will discuss the "Shared Platform for Antibiotic Research and Knowledge" when she presents a keynote on "SPARKing" new antibiotic drug discovery at SMi’s 20th annual conference on Superbugs and Superdrugs next March in Central London. With a background in managing and developing immunization and infectious disease programs and policies, Kathy Talkington is currently responsible for Pew’s work on antibiotics. Pew seeks to address
03-14-2017 | Advertising, Media Consulting, …
Future Market Insights
Research Offers 10-Year Forecast on Topical Antibiotic Pharmaceuticals Market
Topical antibiotics are applied to a certain area of the skin to kill infections. Application of topical antibiotics has a number of advantages upon comparison of systemic delivery in the treatment of skin infections. Skin and soft tissue infections (SSTIs) involve microbial invasion of the skin and underlying soft tissues infections are one of the most commonly occurring conditions amongst people. Most of these infections are minor and chronic in
Comments about openPR
Your portal is fast, simple, and easy to use. Others may have more functions but they also demand more editing time, you have to preformat the text in order to achieve a good result etc. I think openPR is really fantastic!
Andreas Knepper, wallmedien AG