Internet Real Estate Will be the Most Valuable Real Estate Known to Man, Predicts Company’s Founder 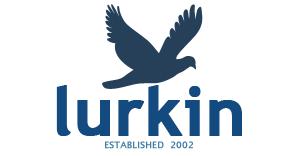 Domain Names. Facebook just bought one. And they paid a cool $8.5 million for it. As outlandish as that price tag may seem, it’s not the highest price ever paid for a Domain. That distinction goes to Insure.com, which two years ago, sold for $16 million.“Internet Real Estate will become the most valuable Real Estate known to man.” states Lurkin’s Founder, Alireza Mirmontazeri. Lurkin, a company founded by Mr. Mirmontazeri in 2002, owns and develops Domain Names. “Internet Real Estate”, as he calls them.“A great Domain Name is like a great piece of land. In and of itself, that land has value. Now imagine that you develop that land. It’s value just skyrocketed.”The company’s subsidiary, Mobiveo, which operates in the mobile market, just announced it is selling one of it’s prime properties, MusicRingtones.com.“This is the opportunity to own a rare gem, and develop it into the defining brand in a billion dollar industry.” Said Mr. Mirmontazeri. The Ringtones industry is estimated to be more than $2 billion globally. The domain, which is nearly a decade old, is being sold due to a change in the company’s operating model. “We wanted to create the internet’s definitive Ringtones portal, but we are moving in a new direction.”Pointing to the recent $750,000 sale of Ringtones.com, he added “Virtually everyone in the world either has a mobile phone, or wants one, and many want Ringtones. That is allot of potential customers.”###About Lurkin and Mobiveo: Founded in 2002, Lurkin owns and operates prime Internet Properties in a variety of industries. Lurkin is a privately held company based in Park City, Utah. Mobiveo is a subsidiary of Lurkin, specializing in the mobile industry. For more information, please visit Lurkin.com or Mobiveo.comLurkin PO Box 151021 Ogden, UT, 84415 United States

You can edit or delete your press release Internet Real Estate Will be the Most Valuable Real Estate Known to Man, Predicts Company’s Founder here

03-07-2022 | Media & Telecommunications
Pakistan domain
Pakistan Domain Hosting, Domain Renewal, and Domain Transfers at Affordable Rate …
AquaOrange Software provides cloud web hosting, Pakistan domain registration, and email hosting such as Google Workspace, Microsoft365, Rackspace email services in Pakistan, and more. The business is a Google Workspace partner. Its services are backed by 24/7 support. Karachi, PK: According to announcements released by AquaOrange Software and Shahan Farid, the business provides a host of services, including Pakistan domain hosting, web hosting, cloud hosting, and email hosting. It serves
09-07-2021 | IT, New Media & Software
Big Domain Sdn Bhd
Big Domain Sdn Bhd Will Help You Find the Best Domain Name
Perai, Pulau Pinang – 7 September 2021 - Big Domain Sdn Bhd is offering the most effective cheap domain names that will allow you to make the most from your needs asap. When it comes to finding the right ways to succeed on the net, odds are, you will want to make the most from everything you have – starting with the domain name and up to domain promotion. Regardless of
04-17-2018 | Tourism, Cars, Traffic
autoX
autoX Acquires Global Online Domain!
autoX acquires“.com” domain changing their online platform from national to global. autoX is an Indian automotive magazine on a journey to provide essential information of the Indian automobile market to its readers since 2006. After a recognisable success in print media, autoX extended their venture to digital platform and established their online address as “autox.in”. But with growing popularity and international affiliations such as Quattroruote - a leading Italian automobile magazine,
10-31-2014 | IT, New Media & Software
EUserv Internet
Trend towards second or third domain for online shops: Simple Domain search via …
Just in time for Christmas sales, the hosting company EUserv (www.euserv.com) released the latest version of his Android App to check and order domain names. This mobile version of the domain search is ideal for maintainers of online shops or for Domain traders. Under the slogan "I want quickly check a domain", the customer can check its domain idea on availability via his Android smartphone or tablet and order the Domain
11-25-2010 | IT, New Media & Software
Key-Systems GmbH
19 new domain extensions on Key-Systems‘ domain portals
Since October 2010, the registrar Key-Systems has launched 19 new second-level (SLDs) and top-level-domains (TLDs) on its three domain portals. The extensions belong to the following namespaces: .SO (Somalia), .NO (Norway) and .GL (Greenland) as well as the extensions .BR (Brazil), .NF (Oceania), .PE (Peru) and .MU (Mauritius). Thereby, Key-Systems has introduced 57 new domain extensions since January 2010 and hence increased its overall portfolio up to more than 280
11-12-2009 | IT, New Media & Software
Lime Labs LLC
LimeLabs Launches Free Hosting and Domain Registration LimeLabs Launches Free Ho …
NEW YORK, NY -- 11/12/09 -- LimeLabs today announced the launch of its new hosting and domain registration service, LimeDomains. An ICANN accredited domain registrar, LimeDomains offers a wide range of hosting solutions, ranging from completely free full-featured websites, to competitively priced premium hosting plans that include more space, bandwidth and the ability to manage several domains and websites from a single account. "LimeDomains makes it easy for people to
Comments about openPR
I can't but agree to the positive statements about your portal: easy to use, clear layout, very good search function, and quick editing!
Jens O'Brien, Borgmeier Media Communication