Autotransfusion Devices and Consumables Market to Reach $1,380 Million, By Growing at a CAGR of 6.1% from 2019 to 2026 with Top Players are Becton, Dickinson and Company (C.R. Bard), Brightwake Ltd, Getinge AB. 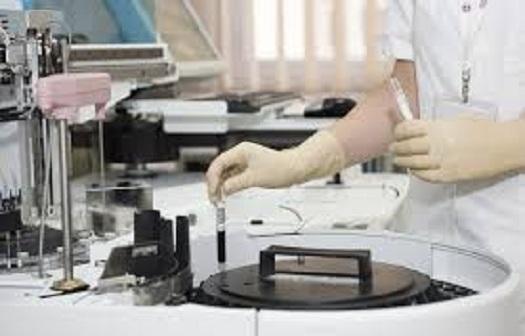 The Global Autotransfusion Devices And Consumables Market size was valued to be at $864 million in 2018 and is expected to increase during the forecast period to be at $1,380 million by 2026, registering a CAGR of 6.1% from 2019 to 2026. The devices segment accounted for more than two-thirds of the total market share in 2018.Autotransfusion is a method in which the blood is drained out from a patient’s body and is infused back after filtration and purification. It is performed in different ways—cell salvage, preoperative autologous donation, and acute normovolemic hemodilution or ANH. Download Report Sample @ https://www.alliedmarketresearch.com/request-sample/5286In cell salvage method, the blood is pumped out from the patient’s body and is infused back during the surgery. Cell salvage method can be further bifurcated into intraoperative and postoperative cell savage method. Preoperative autologous donation or PAD involves the donation of blood by a patient, which can be used by themselves in future. PAD involves is mostly used in hip replacement, hysterectomy, and total knee replacement surgeries. Acute normovolemic hemodilation is blood conservation techniques in which the blood from the patient is removed after inducing anesthesia while maintaining the normal volume of blood in the body using crystalloid or colloidal replacement.The global autotransfusion devices and consumables market share has witnessed significant growth in the past few years. The growth in awareness regarding the lesser risk of transfusion transmitted infection. The rise in preference of autotransfusion techniques over allogeneic methods for blood transfusion amongst the healthcare professionals and patient population due to its higher efficiency and less risk of contamination contribute toward the market growth. In addition, government of developing countries such as India and China are promoting the use of autotransfusion techniques considering its lower morbidity and mortality rate due to infection, which is further expected to boost the autotransfusion devices and consumables market growth during the forecast period. However, higher cost and less affordability of autotransfusion devices as compared to allogeneic technique and stringent government regulations are projected to hamper the market growth during the forecast period. Conversely, untapped markets in the developing countries are expected to offer remunerative opportunities for the market players in the future.Buy Now @ https://www.alliedmarketresearch.com/checkout-final/5d108dc52ac5dc11538835c32af5dcd3The Major Key Players Are: • Becton • Dickinson and Company (C.R. Bard) • Brightwake Ltd • Fresenius (Fresenius Kabi) • Getinge AB • Haemonetics Corporation • LivaNova PLC • Medtronic Plc. • Stryker.Autotransfusion devices and consumables is a device used during various surgeries such as liver transplantation, hematopoietic stem cell transplantation, trauma due to injury, cardiovascular and orthopedic surgeries. Based on product type, autotransfusion devices include devices and consumables. The autotransfusion devices and consumables market growth has increased owing to increased prominence in the recent years due to high prevalence of cardiovascular surgeries worldwide and rise in number of cardiovascular diseases and transplantation cases.Based on end use, the hospitals segment is the highest revenue contributor. Whereas, others segment is expected to exhibit fastest growth rate. This is attributed to the wider use of autotransfusion devices and consumables owing to its cost effectiveness.Read More Info @ https://www.prnewswire.com/news-releases/autotransfusion-devices-and-consumables-market-to-garner-1-38-billion-globally-by-2026-at-6-1-cagr-says-allied-market-research-300865327.htmlBased on region, North America was the highest revenue contributor in the global autotransfusion devices and consumables market share, accounting for 60% of the total market in 2018. However, Asia-Pacific is expected to grow at the highest rate, owing to the number of developing nations present in this region, rise in technological advancements in the autotransfusion devices procured, increased awareness, and higher disposable income.Key Findings of the Autotransfusion Devices and Consumables Market:• North America occupied more than one-third share of the global autotransfusion devices and consumables market in 2018. • The devices segment is the highest contributor in the product type segment. • The others in the end user segment is anticipated to grow with the highest CAGR throughout the forecast period. • The hospitals in the end use segment accounted for three-fourths share of the market in 2018. • The consumables segment is anticipated to grow with the highest rate in the product type segment throughout the forecast period.Contact:David Correa 5933 NE Win Sivers Drive #205, Portland, OR 97220 United States Toll Free (USA/Canada): +1-800-792-5285, +1-503-894-6022, +1-503-446-1141 UK: +44-845-528-1300 Hong Kong: +852-301-84916 India (Pune): +91-20-66346060 Fax: +1(855)550-5975 help@alliedmarketresearch.com Web: www.alliedmarketresearch.comAbout Us:Allied Market Research, a market research and advisory company of Allied Analytics LLP, provides business insights and market research reports to large as well as small & medium enterprises. The company assists its clients to strategize business policies and achieve sustainable growth in their respective market domain.Allied Market Research provides one stop solution from the beginning of data collection to investment advice. The analysts at Allied Market Research dig out factors that help clients to understand the significance and impact of market dynamics. The company amplies client’s insight on the factors, such as strategies, future estimations, growth or fall forecasting, opportunity analysis, and consumer surveys among others. As follows, the company offers consistent business intelligent support to aid the clients to turn into prominent business firm.

You can edit or delete your press release Autotransfusion Devices and Consumables Market to Reach $1,380 Million, By Growing at a CAGR of 6.1% from 2019 to 2026 with Top Players are Becton, Dickinson and Company (C.R. Bard), Brightwake Ltd, Getinge AB. here