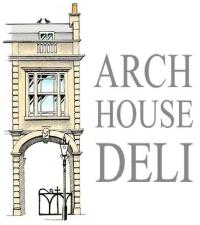 Bristol delicatessen, Arch House Deli have completed an agreement with Hobbs House Bakery to use and supply Hobbs House Bakery real bread and pastries within their Clifton Delicatessen. Arch House Deli will be flying the Hobbs House Bakery flag in Clifton Village, Bristol from 31st May 2011. “We are delighted to be working with Hobbs House Bakery, in our view the finest Artisan baker in the country, and to be able to offer a wide range of their fantastic breads and pastries. All will be available to purchase in the deli and as part of a mixed bread board – a new addition to our menu – in the café. It adds a further range of local products to those we have already brought in this year. It is also very rewarding to be recognised by high profile businesses such as Hobbs House Bakery as the deli to work with in Clifton Village, Bristol”. David Greenman, Arch House Deli "It's thrilling to have such a wonderful deli, in the heart of Clifton embrace Hobbs House bakery. David and Debbie and their enthusiastic team really share our passion for real bread. They have spent time in our bakery seeing for themselves the time and care we take in crafting each loaf, and we've spent time training the team and equipping everyone so they can offer a really great bread service and make informed recommendations. Hobbs House Bakery is at home here, we're even on the menu so customers can try a selection of great breads anytime. Every morning Arch House Deli will be filled with the irresistible buttery aroma of our freshly baked croissants. What better way to start. With such a great team, sitting alongside such quality produce, in such a fabulous location, I invite you to taste the recipe for success." Tom Herbert, Hobbs House Bakery.Arch House Deli, is a multi award winning delicatessen based in Clifton, Bristol. Winners of the "Discover the Origin" award from Speciality Food Magazine in September 2009, British Cheese Awards "Best New Deli" award in 2007 and “Best New Cheese Retailer” runner up in September 2010. Arch House Deli was established in 2006 and in November 2009 was taken over by David Greenman and Debbie Atherton. Hobbs House Bakery, was established in 1920 in the Cotswolds and is a family business that is proud to have five generations of baking experience. Using traditional methods, their expert team of bakers continue to produce an exceptional range of award winning breads, pastries and confectionery to the very highest standards. Hobbs House Bakery can chart five generations of bakers in the family, from early 20th Century roots in Gloucestershire right through to Tom Herbert, marketing director.Arch House Deli Arch House Boyces Avenue Clifton Village Bristol BS8 4AA, UKFor further information on this press release contact David Greenman on 0117 974 1166 or email enquiries@archhousedeli.com. Further information on Arch House Deli is available at http://www.archhousedeli.com/ and on Hobbs House Bakery at www.hobbshousebakery.co.uk.