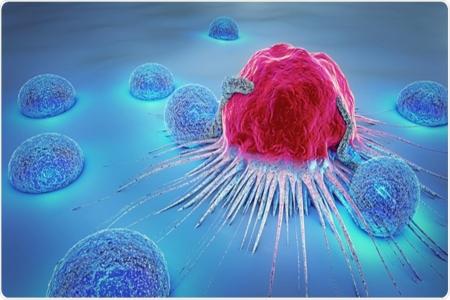 Natural killer cells are a form of granular lymphocytes of varying sizes that play an important role in innate immunity in the human body. They typically constitute of around 10% of total blood lymphocytes as compared to around 70% and 20% of T cells and B cells, respectively. Natural killer cells are cytotoxic in nature and are able to kill their targets cells by two different mechanisms: as antibody dependent cell-mediated cytotoxicity (ADCC) and as simple natural killer activity of these cells. Furthermore, lectin-like receptors are one of two complex families of membrane receptors that recognize carbohydrates expressed on all cells. Download The PDF Brochure of This Business Report @ https://www.coherentmarketinsights.com/insight/request-pdf/178Such receptor engages its ligand when a natural killer cell encounters any normal cell that leads to generation of signal triggered, which in turn stimulates the natural killer cells to carry out its process. Though natural killer cells are demonstrated to be critical elements in the early immune response to a large variety of intracellular pathogens, they are used in clinical applications for treating lymphomas and other disorders. This in turn is expected to favor growth of the natural killer cells market over the forecast period (2016–2024).Studies have also been carried to express the vitality of natural killer cells’ response against infected cells by various intracellular bacteria such as Listeria, Salmonella and Legionella in humans. Recent advancements have proven the exclusive role of killer cells in the innate immune response to microbial pathogens. Killer cell also work through another approach of direct recognition of pathogen derived structures on the surface of the infected cell. The immediate response in the clinical abnormalities is to favor growth in adoption rate of the natural killer cells, which in turn is expected to support the growth of the natural killer cells market in the near future.Keen focus of various organizations towards immuno-oncology to fuel growth of the natural killer cells market over the forecast period:The global natural killer cells market is highly competitive and fragmented, though companies are investing of specific therapy using natural killer cell products to be used in immune-oncology to treat cancer and other tumors. Major players in the market are developing novel products and spending significantly in research and development to expand their product portfolio. Major players in the market of natural killer cells include NantKwest, NKT Therapeutics Inc, AvidBiotics, Glycostem, Sorrento Therapeutics, Inc., CellGenix GmbH, Lonza and R&D Systems, Inc.Application of the cells in treatment of critical diseases is expected to favor growth of the natural killer cells market:Natural killer cells play an important role in stem-cell transplantation in therapies involving such cells activating endogenous natural killer cells and may transfer exogenous cells through adoptive cell therapy (ACT) and hematopoietic stem cell transplantation (HSCT). According to National Center for Biotechnology Information, U.S. National Library of Medicine, in 2014, such therapies are less effective in eliminating cancer stem cells as revealed by various studies.Request Customization @ https://www.coherentmarketinsights.com/insight/request-customization/178Destructive midline facial lesions have conventionally been referred to as lethal midline granuloma. In some patients, the common causative lesions are Wegener’s granulomatosis, sarcoidosis, conventional Sino-nasal diffuse large B cell, and lymphomas carcinomas. However, among patients from Asia and South America, such lesions often show atypical lymphoid cells. This in turn is projected to favor the market growth in the near future. Furthermore, pro-inflammatory cytokines are secreted by activated natural killer cells, which then trigger Perforin/Granzyme induced target cell lysis. Their specific attaching ability and ability to discard stressed cells are fueling adoption of natural cells therapy, which is projected to support growth of the natural killer cells market over the forecast period.Contact Us:Mr. Shah Coherent Market Insights 1001 4th Ave, #3200 Seattle, WA 98154 Tel: +1-206-701-6702 Email: sales@coherentmarketinsights.comAbout Coherent Market Insights:Coherent Market Insights is a prominent market research and consulting firm offering action-ready syndicated research reports, custom market analysis, consulting services, and competitive analysis through various recommendations related to emerging market trends, technologies, and potential absolute dollar opportunity.