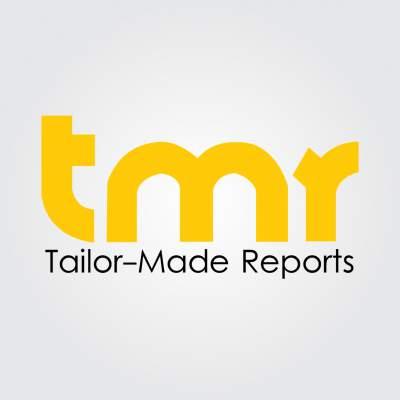 Global Submarine Cable System Market: OverviewSubmarine communication cable system or simply the submarine cable system is constructed by telecom providers and consists of telecommunication and internet cables laid on the seabed for interconnecting several land-based stations. The systems notably connects mainland and islands across various continents all over the globe. Submarine cable systems have emerged as the key for high-capacity, reliable broadband connections all over the world. These systems help in feeding the ever burgeoning data needs of various countries, mainly by carrying telecommunication signals and acting as a direct connectivity to global content hubs. One of the prominent cable systems launched in recent years is the Asia-Africa-Europe (AAE-1) submarine cable system. The system is expected to span 25,000 km and will connect numerous countries of Europe and Asia.Get Sample Copy of the Report @ https://www.tmrresearch.com/sample/sample?flag=B&rep_id=4068Global Submarine Cable System Market: Key TrendsThe staggering rise in internet traffic all over the world, especially in emerging economies, and the burgeoning number of telecom subscriptions are notable factors driving the demand for submarine cable system. The proliferating number of telecom subscriptions and the rising need for high-speed internet connections among enterprises, especially in Asia Pacific, is bolstering the expansion of the market. The rising number of offshore wind energy installations has propelled the demand for submarine power cables, thus fueling the growth of the submarine cable system market. Constant efforts by key industry players to bring upgrades to submarine cable system are creating new, lucrative avenues to the market players. The rising demand for high-end digital services among consumers in emerging economies is a vital trend catalyzing the construction of submarine cable system.Global Submarine Cable System Market: Market PotentialThe submarine cable system is reaping lucrative gains from the growing number of contracts for new systems as well for adding new branches in the existing system in emerging and developed regions. Tyco Electronics Subsea Communications LLC. (previously known as TE SubCom) declared in September 2018 that it has secured a contract to build two new branches to MainOne submarine cable system that stretches over 7000-km from Portugal to Nigeria. The branches added will be at Dakar and Abidjan.The U.S.-based company will also upgrade the cable system by adding the reconfigurable optical add-drop multiplexer (ROADM) capacity to it. By November in the next year, the potential capacity of the submarine cable system will be upgraded to potential capacity of 10 Tbps. This measure forms a part of initiatives to bridge the digital gap between West Africa and the rest of the world. Adding the pair of new points to the cities will reinforce commercial development of the region by opening them to bandwidth markets across borders.Request TOC of the Report @ https://www.tmrresearch.com/sample/sample?flag=T&rep_id=4068In another recent development on the construction of new electricity submarine cable system Prysmian Group, an Italian multinational corporation manufacturing, has secured a new contract for laying down a cable interconnecting the island of Crete and mainland Greece. The project was awarded by Independent Power Transmission Operator and is worth €125 million. The project will be finalized by the end of this year after it passes the regulatory go-ahead.Global Submarine Cable System Market: Regional OutlookOf the various regional markets for submarine cable systems, Asia Pacific is likely to stand out from others. This is fueled by the rising demand for high-speed interconnections in its economies and the rise in investments by prominent telecom providers domiciled in developing countries. These companies have made sizeable investments in projects for laying down submarine cable system spanning several continents and regions. The report takes a critical look at the current and emerging avenues in various regions and the imminent investment pockets in key regional markets.Global Submarine Cable System Market: Competitive AnalysisThe report offers a detailed and in-depth assessment of the elements of key competitive dynamics prevailing in the submarine cable systems market. The analyses takes a closer look at the key strategies adopted by various players to gain a better foothold or stronghold over the landscape. Some of the key players vying for a substantial stake in the submarine cable systems market are Nexans S.A., NKT Holding, Saudi Ericsson, NEC Corp, TE Connectivity, and Alcatel-Lucent.About TMR Research:TMR Research is a premier provider of customized market research and consulting services to business entities keen on succeeding in today’s supercharged economic climate. Armed with an experienced, dedicated, and dynamic team of analysts, we are redefining the way our clients’ conduct business by providing them with authoritative and trusted research studies in tune with the latest methodologies and market trends.Contact:TMR Research, 3739 Balboa St # 1097, San Francisco, CA 94121 United States Tel: +1-415-520-1050