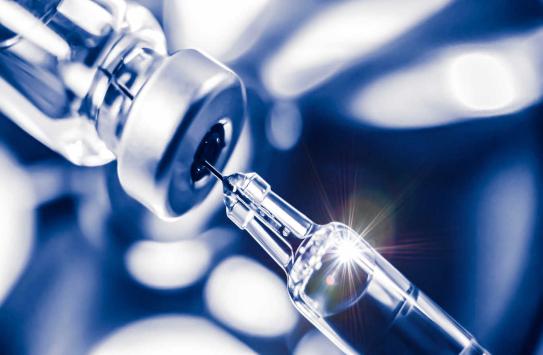 Diabetes is one of most prevalent chronic diseases worldwide. According to WHO (World Health Organization), diabetes was one of top three leading causes of mortality in 2012. The diabetes vaccine currently under development has significant potential in younger age group (Below 20 years age), who are characterized by a stronger autoimmune response to combat infection from specific viruses. Download The PDF Brochure of This Business Report @ https://www.coherentmarketinsights.com/insight/request-pdf/1367Diabetes vaccine is being developed to strengthen the body’s response against enterovirus called coxsackievirus B1, wherein it senses enterovirus and produces immune response to destroy it. It destroys the insulin producing beta cell in pancreas, which is linked with type 1 diabetes. Though currently there is no approved diabetes vaccine available, however, key players are focusing on research to develop such vaccines by targeting various mechanisms that triggers the autoimmune response.High global prevalence of type 1 diabetes is expected to aid in growth of the market over the forecast periodHigh global prevalence and incidence of type 1 diabetes is, inadvertently expected to create a conducive environment for growth of the diabetes vaccine market. According to the International Diabetes Federation’s (IDF) Diabetes Atlas 2017, around 425 million patients are suffering from diabetes worldwide by end of 2017. Of this, one million people (children and adolescents below 20 years of age) are suffering from type 1 diabetes, with around 150,000 new cases reported each year.Furthermore, patients suffering from type 1 diabetes need constant monitoring and may also require insulin externally, which has to be taken intramuscularly every day. This becomes difficult for children. Cost associated with insulin therapy is also relatively high. These are expected to be factors supporting growth of the market.Developments in the diabetes vaccine marketImcys— a Belgium-based biotech company— announced plans to commence its clinical trial in 2018 for new diabetes vaccine to treat type 1 diabetes. It uses modified peptides called imotopes, which spurs specific type of immune cell to kill immune cells that work on the insulin producing beta cells.Moreover, in 2017, Massachusetts General Hospital Immunobiology Laboratory presented findings of clinical trial at 75th Scientific Sessions of the American Diabetes Association, related to use of BCG vaccine to treat autoimmune response in type 1 diabetes. BCG vaccine could induce a permanent gene expression that restores regulatory T cells, thereby preventing the immune system attack, which is observed in type 1 diabetes. It is currently under phase two clinical trial.Discuss Your Queries With Our Analyst @ https://www.coherentmarketinsights.com/insight/talk-to-analyst/1367North America market is expected to exhibit high growth, followed by Europe and Asia Pacific markets over the forecast periodNorth America is expected to exhibit high growth in the global diabetes vaccine market over the forecast period. This is owing to increasing incidence of diabetes and high resultant healthcare burden in the U.S. For instance, according to IDF, 17,100 new cases were detected in 2017 in the U.S. Around US$ 377 billion was spent over entire diabetes disease range, which accounts for about 52% of the total healthcare expenditure on diabetes worldwide. Significant part of which goes into maintaining constant blood sugar in type 1 by use of insulin. According to statistics released by American Diabetes Association, in 2017, around 193,000 people under 20 years of age in the U.S. were estimated to be diagnosed with diabetes, which accounts for 0.24% of this population. This inadvertently, is expected to create a conducive environment for growth of the market. U.S. has maximum number of children and adolescent(under age 20) with Type 1 diabetes at range of 1,69,600 in 2017,this is followed by India with highest cases type 1 diabetes after the U.S at range of 1,28,500 as reported by IDF.Contact Us:Mr. Shah Coherent Market Insights 1001 4th Ave, #3200 Seattle, WA 98154 Tel: +1-206-701-6702 Email: sales@coherentmarketinsights.comAbout Coherent Market Insights:Coherent Market Insights is a prominent market research and consulting firm offering action-ready syndicated research reports, custom market analysis, consulting services, and competitive analysis through various recommendations related to emerging market trends, technologies, and potential absolute dollar opportunity.

You can edit or delete your press release Diabetes Vaccine Market: Deep Analysis by Production Overview and Insights 2018-2026 here

04-10-2018 | Business, Economy, Finances, B …
WISE GUY RESEARCH CONSULTANTS PVT LTD
Global Diabetes Industry
Global Diabetes Industry Market Insight Global diabetes market is expected to grow at a CAGR of 7.9% percent for the forecasted period of 2016-2021. The market is segmented on the basis of type of diabetes, drugs class and diabetic devices. Diabetic drugs have the highest market share amongst drugs and devices and are also expected to have the highest growth rate with a CAGR of 9%. Some of the top selling
02-26-2018 | Health & Medicine
Conferences Series LLC
27th European Diabetes Congress
Rising awareness, new technologies and practical approaches within the field of diabetes and endocrine disorders in world’s leading diabetes Conferences One in eight ladies can develop a diabetes disorder throughout her lifespan. And, the amount of individuals affected by diabetes disorders continues to rise every year. However the larger drawback is that almost 60 minutes of those individuals are fully unaware of their condition as well as a way to heal
11-23-2017 | Health & Medicine
Conference Series LLC
27th European Diabetes Congress
We would like to invite your team as a Speakers/Delegates. On behalf of Organizing Committee, we take this opportunity in extending a warm and cordial welcome to you to be part of “27th European Diabetes Congress”, held conjointly with multifarious scientific associations, eminent researchers and scholars from all around the globe during June 20-21, 2018 at Rome, Italy. It is an immense pleasure and privilege having you here with us
09-19-2017 | Health & Medicine
ReportsWorldwide
Global Diabetes Management Devices Market
ReportsWorldwide has announced the addition of a new report title Global Diabetes Management Devices Market to its growing collection of premium market research reports. The global market for diabetes management devices is a substantial, highly competitive market driven by highly sophisticated, evolving technology, particularly in the insulin pump/artificial pancreas and CGM area. The report provides the following useful information: • diabetes overview • key statistics on diabetes prevalence in major regions in the world • medical device product
07-07-2017 | Health & Medicine
Medical Device By CMI
Non Invasive Diabetes Therapy Market
The role of non-invasive therapy for diabetes market has been on a positive growth path in healthcare industry since 2014. Though the non-invasive therapy concept was brought way back in 1980, the market has not gained much attention leading to development of fewer such devices. DexCom's seven system and Medtronic's Guardian real-time glucose monitoring system are two such products developed and marketed worldwide. The influx of non-invasive therapy has reinforced
04-19-2017 | Health & Medicine
TMR - Research Reports
Diabetes Gastroparesis Market grows with rising prevalence of diabetes
Diabetes type 1 and type 2 are one of the most common chronic diseases prevalent in the world, affecting millions of people. One of the disorders associated with diabetes type 1 and type 2 is gastroparesis, which is characterized by the delayed emptying of the stomach. One of the major causes of gastroparesis is damage to the vagus nerve, reducing the mobility of the stomach contents. Diabetic neuropathy affects the
Comments about openPR
9 o'clock: discuss press release with client, 10 o'clock: submit release to openPR, within the briefest possible time release is published and displayed in a prominent place on openPR.de. I am thrilled!
Zehra Spindler, Calypso Now! - Communication Agency