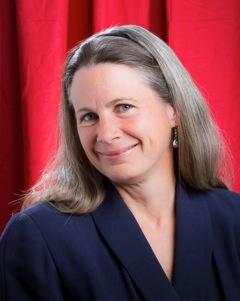 The false drama on Capitol Hill over a net 1% cut of a budget that rose 27% in just the past three years was another clever trick designed to panic citizens over a possible government shutdown. Unfortunately, none of us are laughing about an unsustainable tsunami-style government, unchecked by law, ethics, or common sense. My ten-term congressman has proposed a Balanced Budget Amendment that according to his website, has the support of a majority in the House. I’m guessing that means the Republican majority? But none of the Republicans, save Representative Ron Paul of Texas is seriously hard at work trying to deal with the real reason Washington is spending the country into fiscal oblivion. Any balanced budget amendment, like so many things proposed and talked about in Congress, is a feel-good band-aid and nothing more. Empty words for the presumed sheep out here in the heartland, to convince us the incumbents are really serious this time, honest they are.Ron Paul, co-sponsor with only 101 congressional allies of H.R. 459, to “Audit the Fed,” understands that with the Congressional printing press in the basement, no balanced budget amendment will have teeth. A Federal Reserve unaudited, and unrestrained to help big banks around the world at the expense of average Americans struggling to pay mortgages and deal with food and fuel inflation, will simply print enough money to offset any imbalance. The theatrical debate fawning courage to cut up to $38.5 Billion budget took eight days during which the budget deficit grew by $54.1 Billion according to the Bureau of Public Debt. The $1.4 Trillion annual deficit driving the total to an unprecedented $14.3 Trillion in government borrowing is a tragedy. In my mind, this is a serious crime against the country, and our children and grandchildren. We are tired of the games played by long-term incumbents and establishment members of the two titanic political parties. It is time to stop government agencies from demanding their annual increases, and expanding their missions without accountable results. The first step for Virginians in the Sixth District is to replace the incumbent. We need committed representatives that understand how we got into this mess, and will buck the system to lead the way to solvency. That means no shaking hands across the aisle at the miniscule 1% cut agreement. That means no sloganeering about “balanced budgets” rather than drastically reduced spending and elimination of major government agencies, in accordance with the barely breathing Constitution. Only with a new congress of citizen legislators we can finally audit the Fed. LTC (R) Karen Kwiatkowski, PhD is an educator and farmer from Mount Jackson, VA. She is exploring a GOP primary challenge to the sixth district incumbent in 2012.In business since 2002, we pride ourselves on providing candidate and advocacy organizations with high-quality personal service. That means taking the time to listen. It means working with you every step to ensure comprehensive campaign management: personnel, media, opposition research, voter interaction, or GOTV.Write Consult LLC dba Common Growth Strategies PO Box 635 Ruckersville, VA 22968 Joe Oddo joe@karenkforcongress.com 703-338-0200

02-05-2019 | Politics, Law & Society
Write Consult LLC
Presidential Draft Committee Forms for 2008 Challenger Daniel Imperato
Daniel Imperato, an individual who put in enormous effort into running back in the 2006-08 is receptive to the idea presented by prior supporters to consider another bid in 2020. For many years Imperato has empahsized that, “we need government by ‘we the people, for we the people’. The fact is that special interests and corporate lobbyists have taken over D.C. and every state capital. Any candidate that uses either of
09-04-2013 | Associations & Organizations
Write Consult LLC
A Strategic Plan to Realize Dr. Martin Luther King’s Dream
An updated Universal, Common Strategic Plan for a Peaceful, Prosperous and Just World is being launched in coordination with the National Action Network’s Commemoration of the 50th anniversary of MLK’s “I Have A Dream” Speech at the 1963 March on Washington. This Plan, outlined on WethePeopleNow.org, proves that such a world is possible and shows how to achieve it. The August 24th launch is timed to correspond with thousands descending
05-24-2011 | Business, Economy, Finances, B …
Write Consult LLC
Virginia Bureaucrats Have a Fallow Deer Problem
Fallow deer farming is a growing agricultural sector across the U.S. There are over a thousand fallow deer farms in Pennsylvania, and the Small-scale and Part-time Farming Project at Penn State, with support from the U.S. Department of Agriculture Extension Service, publishes a pamphlet explaining and advocating this relatively new agricultural sector. Fallow deer are smaller than whitetails, with fallow does weighing about 100 pounds and standing 25
05-24-2011 | Politics, Law & Society
Write Consult LLC
The Price of Gas, and the Cost of Hot Air
The Senate recently berated the CEOs of Shell, ExxonMobil, BP America, Chevron and Conoco-Phillips for making record profits. The Senate, and perhaps many in Congress, would like to have $4 billion in tax breaks back, presumably on behalf of the American people. This same U.S. Congress presides over a tax code that is complicated and unfair to American individuals or small businesses that cannot afford to hire an army of