The Price of Gas, and the Cost of Hot Air 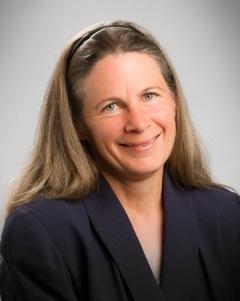 The Senate recently berated the CEOs of Shell, ExxonMobil, BP America, Chevron and Conoco-Phillips for making record profits. The Senate, and perhaps many in Congress, would like to have $4 billion in tax breaks back, presumably on behalf of the American people.This same U.S. Congress presides over a tax code that is complicated and unfair to American individuals or small businesses that cannot afford to hire an army of accountants, lawyers and lobbyists. The resultant revenue generated by this convoluted and confiscatory code sometimes seems indistinguishable from protection money and kickbacks that might be paid to criminal organizations. Whether or not Congress is a criminal gang is a topic for another place and time. But when the federal excise tax on gasoline runs 18.4 cents a gallon, on a projected 380 million gallons of gas sold per day in the US this year, we are looking at a federal tax take of over $25 billion a year on the sale of gasoline. To be sure, this $25 billion in federal excise tax is insignificant in the face of a U.S. national debt of $14.3 trillion. This revenue represents less than 6% of the interest paid every year on that debt. And believe it or not, Congress and the President are on track to spend $1.4 trillion more than it takes in this fiscal year, creating a nearly unbelievable annual deficit, and adding to the monstrous national debt.Congress screeches about $4 billion in “freebies” to oil companies, and points fingers at private producers of energy while it carelessly reaches deep into the pockets of small and mid-sized businesses here in Virginia, and all over the country. Rather than chastising American oil producers and drillers, Congress should be outraged and infuriated at its own poor management of resources. The global price of oil reflects increasing global demand for energy, higher extraction cost in aging oil fields, expensive new field development, and a lack of security in many oil-producing countries – the latter in part due to decades of American foreign policy favoring U.S.-friendly puppets and propped-up governments over free markets and merit-based competition. The price of oil today also reflects the ongoing devaluation of the U.S. dollar, which can be traced directly back to the shocking inability of the U.S. government to control its spending. I certainly don’t like paying more for a fill-up these days. But what I really hate is being taken for a fool by the U.S. Congress who is at fault for the miserable state of the American economy. As I tour my congressional district, I echo what fellow constituents prefer, “that Congress would simply live within its means and rationally spend our tax dollars.”Karen Kwiatkowski is running for congress in Virginia’s 6th District (www.karenkforcongress.com)In business since 2002, we pride ourselves on providing candidate and advocacy organizations with high-quality personal service. That means taking the time to listen. It means working with you every step to ensure comprehensive campaign management: personnel, media, opposition research, voter interaction, or GOTV.Write Consult LLC dba Common Growth Strategies PO Box 635 Ruckersville, VA 22968Joe Oddo joe@karenkforcongress.com 703-338-0200

You can edit or delete your press release The Price of Gas, and the Cost of Hot Air here

02-05-2019 | Politics, Law & Society
Write Consult LLC
Presidential Draft Committee Forms for 2008 Challenger Daniel Imperato
Daniel Imperato, an individual who put in enormous effort into running back in the 2006-08 is receptive to the idea presented by prior supporters to consider another bid in 2020. For many years Imperato has empahsized that, “we need government by ‘we the people, for we the people’. The fact is that special interests and corporate lobbyists have taken over D.C. and every state capital. Any candidate that uses either of
09-04-2013 | Associations & Organizations
Write Consult LLC
A Strategic Plan to Realize Dr. Martin Luther King’s Dream
An updated Universal, Common Strategic Plan for a Peaceful, Prosperous and Just World is being launched in coordination with the National Action Network’s Commemoration of the 50th anniversary of MLK’s “I Have A Dream” Speech at the 1963 March on Washington. This Plan, outlined on WethePeopleNow.org, proves that such a world is possible and shows how to achieve it. The August 24th launch is timed to correspond with thousands descending
05-24-2011 | Politics, Law & Society
Write Consult LLC
Congress Fails Once Again
The false drama on Capitol Hill over a net 1% cut of a budget that rose 27% in just the past three years was another clever trick designed to panic citizens over a possible government shutdown. Unfortunately, none of us are laughing about an unsustainable tsunami-style government, unchecked by law, ethics, or common sense. My ten-term congressman has proposed a Balanced Budget Amendment that according to his website, has
05-24-2011 | Business, Economy, Finances, B …
Write Consult LLC
Virginia Bureaucrats Have a Fallow Deer Problem
Fallow deer farming is a growing agricultural sector across the U.S. There are over a thousand fallow deer farms in Pennsylvania, and the Small-scale and Part-time Farming Project at Penn State, with support from the U.S. Department of Agriculture Extension Service, publishes a pamphlet explaining and advocating this relatively new agricultural sector. Fallow deer are smaller than whitetails, with fallow does weighing about 100 pounds and standing 25

07-26-2018 | Health & Medicine
Conference Series LLC LTD
20th World Dermatology Congress
The 20th World Dermatology Congress, Singapore is a two-day conference designed to provide the practicing dermatologist with a comprehensive update on the diagnosis and treatment of a variety of conditions related to clinical, surgical, cosmetic and aesthetic dermatology. This includes, but is not limited to: melanoma and non-melanoma skin cancer, psoriasis, atopic dermatitis, new therapeutics, acne, dermatopathology, sexually transmitted diseases, leprosy, vitiligo, sunscreens, rosacea, cleansers and emollients, plastic and reconstructive
05-22-2018 | Associations & Organizations
Conference Series
Obesity Management Congress 2018
Obesity can be managed by combination of lifestyle change, exercise and healthy diet plans. In case of severe Obesity bariatric surgery and medications will be employed. People who have gone through bariatric surgery which have suppressed hunger and the mechanism for which causes obesity based type 2 diabetes is reversed and it also causes sixty to eighty percent weight loss for a long term. But it has it cons
02-26-2018 | Health & Medicine
Conferences Series LLC
27th European Diabetes Congress
Rising awareness, new technologies and practical approaches within the field of diabetes and endocrine disorders in world’s leading diabetes Conferences One in eight ladies can develop a diabetes disorder throughout her lifespan. And, the amount of individuals affected by diabetes disorders continues to rise every year. However the larger drawback is that almost 60 minutes of those individuals are fully unaware of their condition as well as a way to heal
02-20-2018 | Science & Education
Conference Series LLC
9th Global Chemistry Congress
Chemistry Conference 2018 invites you and your colleagues to attend this leading annual meeting which is going to be held at Lisbon, Portugal on July 23-24, 2018 which is dedicated to Chemistry research with the theme of "Emphasizing the Current Advancements and Novel Approaches in Chemistry and Related Field" and that consistently delivers a cutting-edge agenda, 400+ senior delegates, and a sold-out exhibit hall and which incorporates prompt keynote presentations,
11-23-2017 | Health & Medicine
Conference Series LLC
27th European Diabetes Congress
We would like to invite your team as a Speakers/Delegates. On behalf of Organizing Committee, we take this opportunity in extending a warm and cordial welcome to you to be part of “27th European Diabetes Congress”, held conjointly with multifarious scientific associations, eminent researchers and scholars from all around the globe during June 20-21, 2018 at Rome, Italy. It is an immense pleasure and privilege having you here with us
03-02-2017 | Business, Economy, Finances, B …
Stamford Global
The HR Congress Budapest
After bringing together 500 HR professionals in Amsterdam on 29-30 November 2016 and offering probably the most unique and comprehensive event program of its kind, the HR Congress will now arrive in the Hungarian capital for two content-packed days of learning and exchanging ideas. The Congress will feature a truly unique panel of global subject matter experts. The presenters are carefully selected to ensure that their content is aligned with the theme
Comments about openPR
We publish our press releases on openPR.de because we like people who are "open" - just like us.
Frank Obels, CEO, INCONET - Informationssysteme, Communication und Netzwerkberatung GmbH