Elisabeth Rohm (Heroes, Law & Order) has been cast opposite Stephen Dorff in the independent film OFFICER DOWN. 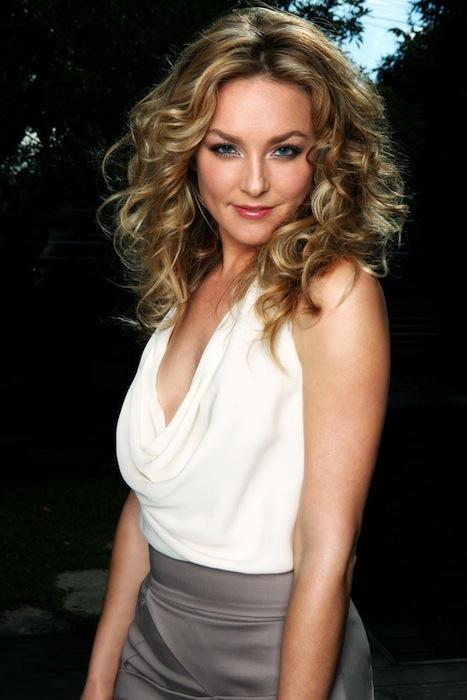 Los Angeles, CA (May 20, 2011) – Actress Elisabeth Rohm has been cast as in “Officer Down,” an independent feature by Brian A. Miller and produced by Jeff Most. Rohm will star opposite Stephen Dorff, Dominic Purcell, Stephen Lang, James Woods, David Boreanaz and AnnaLynne McCord in the John Chase-scripted drama. The story centers on David “Cal” Callahan (Dorff), a dirty cop gone clean, who becomes obsessed with a murder case that pulls him back into the destructive, drug fueled world he fought so hard to break away from. But the closer he gets to the truth, the more the line between right and wrong disappears. Rohm will play Alexandra Callahan, Stephen Dorff’s wife.

Most know Röhm best as the “A.D.A. Serena Southerlyn’” on the NBC staple series, Law & Order where Dick Wolf, creator/producer of Law & Order praised her as "one of the finest young actresses working in television." She went on to star as “Alex Mason,” a love interest to Michael Vartan’s character, in the ABC drama Big Shots and later returned to NBC as a new addition to the cast of the cult-favorite series Heroes. Röhm has also starred in numerous films including Miss Congeniality 2, starring Sandra Bullock, and Woody Allen’s Deconstructing Harry. She starred in Kreutzer Sonata, an independent project co-starring Danny Huston and starred opposite James Caan in the film Barry Minkow.

Elisabeth Rohm is represented by Affirmative Entertainment’s Melanie Greene and Nicholas Bogner, as well as Agency for the Performing Arts (APA).

Seen to many as a supermom and actress extraordinaire, Elisabeth Röhm has been successfully juggling a full time job as a mother and actress over the past few years. Now, with several film projects in the pipeline, an endorsement deal as the “spokesmom” for JUNO BABY, a television show in development, and all her philanthropic interests, it is amazing that she stays beautiful, healthy and positive while managing to be consistently by her daughter’s side. 2011 has already been an eventful year as Röhm has four feature films pending release. She teamed up with Kyra Sedgwick and Vincent Donofrio in Chlorine; she stars in Office Down directed by Brian Miller alongside Stephen Dorff, the Warner Bros.’ thriller Transit across James Caviezel, produced by Joel Silver; and she is in the highly-anticipated film Abduction directed by John Singleton, starring Taylor Lautner and Sigourney Weaver, due out in September.

You can edit or delete your press release Elisabeth Rohm (Heroes, Law & Order) has been cast opposite Stephen Dorff in the independent film OFFICER DOWN. here