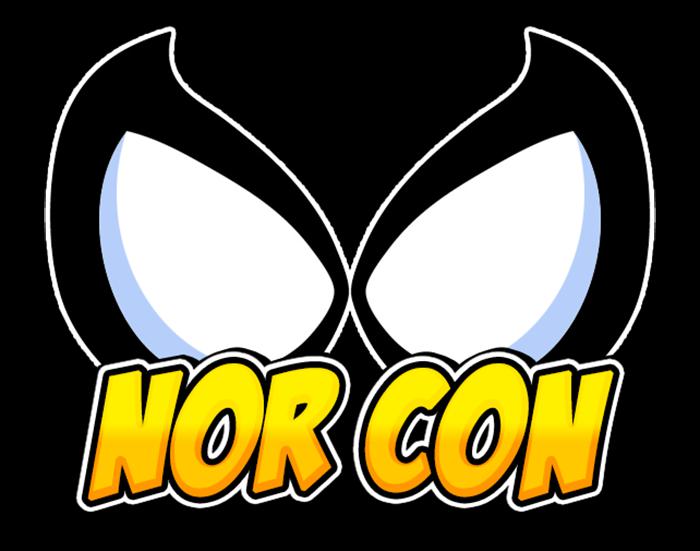 NOR-CON, Norfolk’s very own TV, film and comic con, returns to the Norfolk Showground on 28 and 29 September 2019.Tickets are now on sale for the ninth annual event, which has previously attracted up to 8,000 visitors. NOR-CON was recently voted one of the top 10 Comic Cons in the UK by The List, the guide to arts and entertainment in the UK.Throughout the weekend, comic, film and TV fans will be able to enjoy a fantastic mix of exhibits, celebrity appearances, stage talks, photo opportunities and a multitude of traders selling memorabilia and merchandise from every corner of the galaxy. Among the line-up of celebrity guests for 2019 are Torchwood and Keeping Faith star Eve Myles, Kai Owen (Torchwood), Doctor Who actors Peter Davison (the 5th Doctor Who), Sylvester McCoy (the 7th Doctor Who) and Sophie Aldred (the Doctor’s assistant) and the ever-popular Red Dwarf stars Chris Barrie (Arnold J Rimmer) and Hattie Hayridge (Holly). More guests are yet to be announced.Event organiser Mark Dean said, “Celebrating our ninth year in Norwich is amazing. The feedback we’ve had is that this is one the friendliest and most welcoming conventions going. I would encourage everyone to come along and soak up the geeky goodness that is NOR-CON for themselves. We have a whole weekend of wonderful cosplay, celebrity guests, traders and stage talks, all in the friendliest atmosphere imaginable”.Photo opportunities throughout the weekend include the chance to pose with some of film and TV’s most recognisable vehicles including the Back to the Future DeLorean, KITT from Knight Rider, the A-Team van (complete with a Mr T lookalike) and a fan-built replica of the Blade Runner flying car, known as the Spinner.NOR-CON also includes the Artist Alley where some of the most talented comic book artists will be appearing and sketching live. Artists include Martin Griffiths who has worked on titles including Transformers and Thundercats, Lee Townsend whose work includes Marvel and DC, and Nigel Parkinson, the official cartoonist of The Beano’s Dennis the Menace, Bash Street Kids, Bananaman, Roger the Dodger and many more.Each year NOR-CON supports a local charity by giving them the opportunity to attend the event and collect donations as well as benefitting from small requested donations for various photoshoot opportunities and exhibits. The 2019 chosen charity is the Royal British Legion, which provides lifelong support for the Armed Forces community. In 2018, NOR-CON helped to raise over £700 for East Anglia’s Children’s Hospices. NOR-CON is a ticket only event. Visitors are encouraged to buy their tickets online in advance as numbers are limited to ensure the event is not overcrowded. For more information or to buy tickets visit www.nor-con.co.uk.The event is run by NOR-CON Events Limited and sponsors include Tyges Craft & Foam Supplies, Hughes Electrical, The Official International Queen Fan Club and UK IT Group.Established in 2009, NOR-CON has grown from just 370 visitors to become the region’s premier geek-fest with an expected 8,000 visitors over the two days. Held at the Royal Norfolk Showground Arena, NOR-CON offers visitors a 3000m2 indoor arena packed with displays, exhibits, celebrities, talks and traders selling everything from clothing and merchandise to bespoke costume accessories.FOUR Agency, Hill House, Hill House Road, Norwich NR1 4BE

You can edit or delete your press release NOR-CON TV, Film and Comic Con returns to Norfolk Showground for ninth year here